2 Russian rocket scientist Konstantin Tsiolkovsky publishes The Exploration of Cosmic Space by Means of Reaction Devices. This is the first serious work to be published that shows space exploration to be theoretically possible. USSR 1900

4 March 16, 1926 U.S. rocket scientist Robert H. Goddard launches the first liquid fueled rocket from his Aunt Effie's farm in Auburn, Massachusetts. The 4-foot high rocket dubbed "Nell" reaches an altitude of 41 feet and a speed of about 60 miles per hour. The flight lasts only 2 1/2 seconds, but paves the way for the U.S. rocket program. U.S.

5 1930 Under the direction of rocket scientist Wernher von Braun the V-2 rocket was developed. USSR

6 1944 USSR successfully launches their V-2 rocket. It is the first man-made object to achieve sub-orbital spaceflight, reaching an altitude of 100 km (62 miles). USSR

7 October 4, 1957 The USSR beat the United States into space by launching Sputnik 1. At 184 pounds, it was the world's first artificial satellite. Sputnik transmitted radio signals back to Earth for only a short time, but it was a major accomplishment. USSR

8 A Redstone rocket launched the Mercury capsule on their sub-orbital flight on May 5 1961, inaugurating America's human spaceflight program. 1961 April 12, 1961 Cosmonaut Yuri Alekseyevich Gagarin became the first human to venture into space. The Vostok 1 spacecraft made one complete orbit around Earth in 108 minutes, and reached altitudes of 112 to 203 miles. The flight lasted only one hour and 48 minutes. U.S. USSR

9 The Soviet Zond 5 is launched. It becomes the first spacecraft to orbit the Moon and return. USSR September 15, 1967

13 The United States launches Skylab, the first U.S. space station. It will be occupied by three crews and be an important arena for a number of scientific experiments. May 14, 1973 U.S

14 July 20, 1976 The first pictures of the surface of Mars are sent back to Earth by Viking 1, the first U.S. spacecraft to successfully land a on another planet. U.S.

16 April 12, 1981 The first manned mission of the Space Transportation System, Columbia, is launched. This mission, as well as the next three, will be a test flight to try out the spacecraft's systems. U.S.

18 February 20, 1986 The first phase of the Mir space station is successfully launched and placed into Earth orbit. USSR

20 December 7, 1995 The Galileo spacecraft arrives at Jupiter and a probe is dropped into the planet's atmosphere. The orbiter will spend the next two years orbiting and studying the planet and its moons. U.S.

21 The Mars Pathfinder probe lands on the surface of Mars. A small robotic rover examines the nearby terrain, sending back amazing images of the planet's surface. U.S. July 4, 1996

22 November 20, 1998 A Russian Proton rocket is launched from the Baikonur Cosmodrome on the steppes of the Asian nation of Kazakstan. This rocket carries the Russian0built Zarya Control Module, the first component of the new International Space Station (ISS). 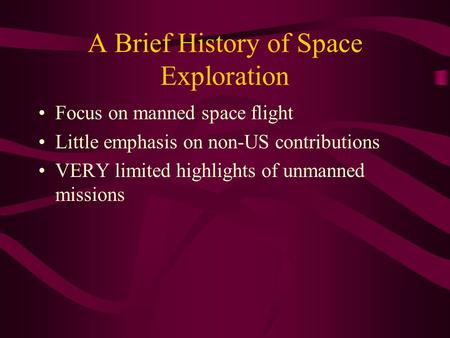 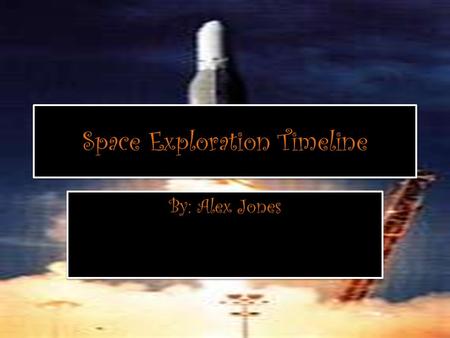 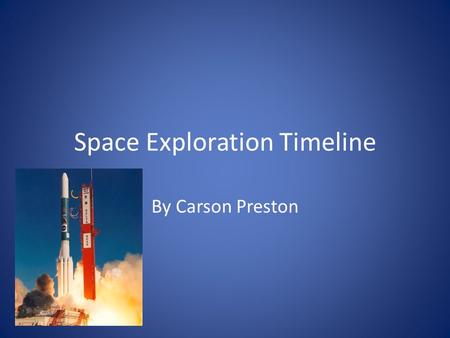 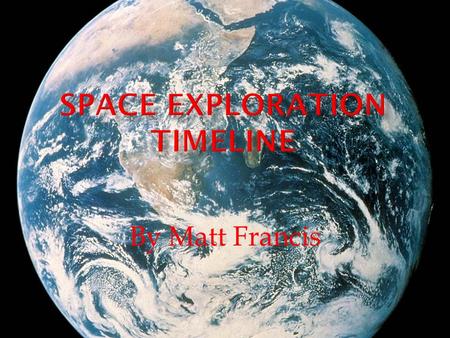