2 DEVELOPMENT OF THE COLD WAR  After WW2 Soviet Union and United States emerge as superpowers  Suspicious over each other’s government and positions among the world, a rivalry develops  Communism vs. Democracy

5 BERLIN WALL  U.S.S.R. leader Nikita Khrushchev built a wall to stop East German’s from escaping to West Berlin to escape communism  It became the symbol of division between the two superpowers

7 THE KOREAN WAR  In August 1945, the Soviet Union and the United States agreed to divide Korea into two zones at the 38th parallel.  The plan was to hold elections after World War II to reunify Korea.  As American-Soviet relations grew worse, however, two separate governments emerged in Korea—Communist in the north and anti-Communist in the south.

8 THE KOREAN WAR  Communist North Korean troops invaded South Korea on June 25, 1950.  President Harry S. Truman of the United States, seeing this as yet another example of Communist aggression and expansion, gained the approval of the United Nations (UN) and sent U.S. troops to repel the invaders.  the Chinese sent hundreds of thousands of troops into North Korea and pushed UN forces back across the 38th parallel.

9 THE KOREAN WAR  Three more years of fighting led to no final victory.  An armistice was finally signed in 1953.  The 38th parallel remained, and remains today, the boundary line between North Korea and South Korea.

10 CUBAN MISSILE CRISIS  In 1959 Fidel Castro overthrew the Cuban dictator Fulgencio Batista and set up a soviet supported totalitarian regime in Cuba  Bay of Pigs- President Kennedy approved a secret plan for Cuban exiles to invade Cuba and overthrow Castro, but it failed  Then in 1962 U.S.S.R. Khrushchev placed nuclear missiles in Cuba, directed towards the U.S.

11 CUBAN MISSILE CRISIS  President Kennedy ordered a blockade of Cuba to stop the U.S.S.R. from bring in more weapons  This stand off almost lead to WW3

14  Revolts against communism Poland, Hungary and Czechoslovakia all tried to set up and break away from Soviet control to run their own country The Soviet power over the regime remain strong

18 WINNING THE COLD WAR  President Reagan in the 1980’s took a strong stand against communism & the Soviet Union  communist nations (including the USSR) were beginning to face economic failure  By the late 1980s, communism was failing across Eastern Europe 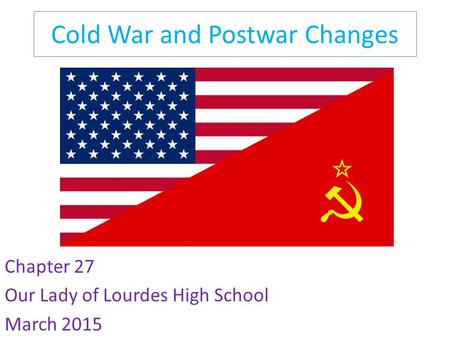 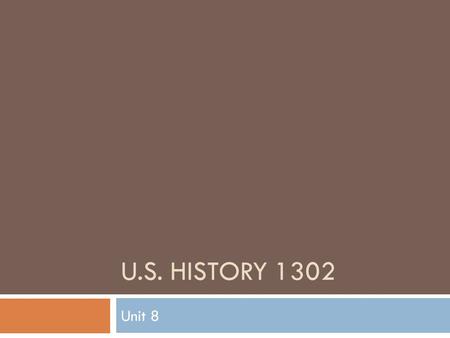