Presentation on theme: "Images you see on your screen are made up of these things called pixels. A screen will show over 1 million pixels and then a computer has to do what it."— Presentation transcript:

2 Images you see on your screen are made up of these things called pixels. A screen will show over 1 million pixels and then a computer has to do what it wants with them to produce an image. To do this it will need a translator something to take binary data from the computer turn it into a picture you can see.

3 A graphic tablet is an input device used by artists to draw a picture onto a screen without having to use a mouse or a keyboard. A graphic tablet consists of a flat tablet or a drawing device.

4 A digital camera is a camera that stores images digitally rather than on a film. Once a picture has been taken you can upload it straight onto a computer then manipulated with a graphics program and then printed.

5 A printer is a device that prints text or illustrations on paper. There are many different types of printers, In terms of the technology used printers are laced into the following categories ; Daisy wheel- Similar to a ball-head typewriter, this type of printer has a plastic or metal wheel on which the shape of each character stands out in relief. Dot-matrix- dot-matrix: Creates characters by striking pins against an ink ribbon. Each pin makes a dot, and combinations of dots form characters and illustrations. E.T.C.

6 The monitor displays the video and graphics information generated by the computer through the video card. Monitors are very similar to televisions but usually display information at a much higher resolution.

7 CD-ROM is short for Compact-disc-read only- memory, a type of disc capable to store large amounts of data up to 1GB although the most common size is 650mb (megabytes). A single CD- ROM has the same storage capacity of 700 floppy disks, enough memory to store 300,000 text pages.

8  In a computer, a hard disk drive (HDD) is the mechanism that controls the positioning, reading, and writing of the hard disk, which furnishes the largest amount of data storage for the PC. A Secure Digital (SD) memory card is a portable flash memory chip used in devices like digital cameras, cellular phones, and audio players. The SD memory card is about the size of a postage stamp and comes in various capacities and transfer speeds.

10 Vector graphics is the use of geometrical primitives such as points, lines, curves, and shapes or polygons, which are all based on mathematical equations, to represent images in computer graphics. Vector graphics are based on images that are the result of mathematical functions (the so-called vectors). Vector images are made up of tracks that are linear paths which lead through points called control points.

11 Most images you see on your computer are composed of bitmaps. A bitmap is a map of dots, or bits (hence the name), that looks like a picture as long you are sitting a reasonable distance away from the screen. Common bitmap file types include BMP (the raw bitmap format), JPEG, GIF, PICT, PCX, and TIFF.

12 Photo manipulation is the application of image editing techniques to photographs in order to create an illusion or deception In digital editing, photographs are usually taken with a digital camera and input directly into a computer. Transparencies, negatives or printed photographs may also be digitized using a scanner, or images may be obtained from stock photography databases.

13 In the last couple of slides I've been describing three different software's: Vector graphic software, Bitmap software and photo manipulation software. They are all very similar, Vector graphics can be edited and resized because they don’t have fixed resolution and if they go blurry they can be retouched. But bitmap has a fixed resolution as you cant change the size as it takes away the image quality. Photo manipulation on the other hand is where you can change the resolution, size, colour, etc so therefore Photo manipulation is the best software in my opinion as its easy to work with aswel.

16  All of the different file types are used for different things.  Such as Jpeg is used for digital photography.  BMP is used for storing raster graphics.  GIF is used for animated pictures.  Png was made for an upgraded version of Gif because it doesn’t need a patient licence.

18  You need to convert files to different file types because some file types wont be allowed in some websites.  Also some files are smaller than others so if you want to save or create space changing a Photoshop to a JPEG would save about 5mb.  Some files can store more information than other’s. Also some other files can offer better quality and can load much quicker.

Download ppt "Images you see on your screen are made up of these things called pixels. A screen will show over 1 million pixels and then a computer has to do what it." 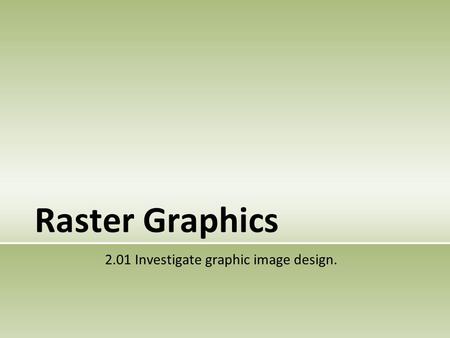 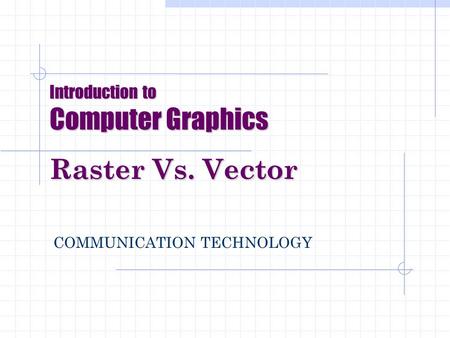 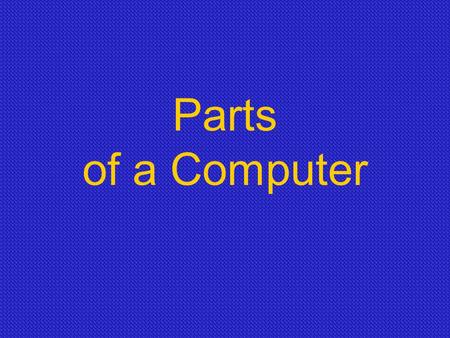 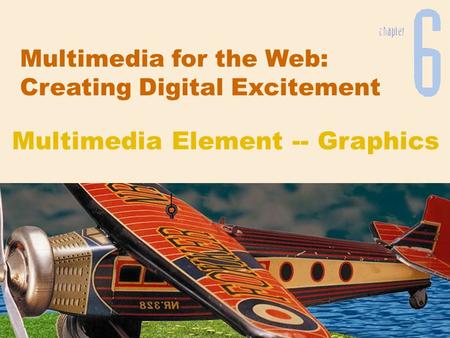 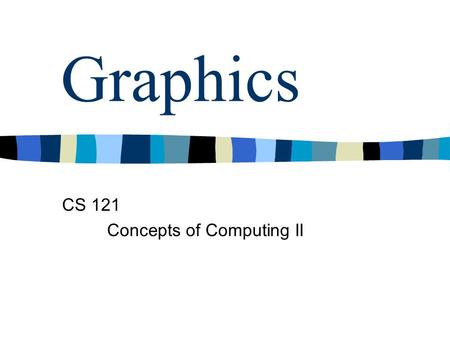 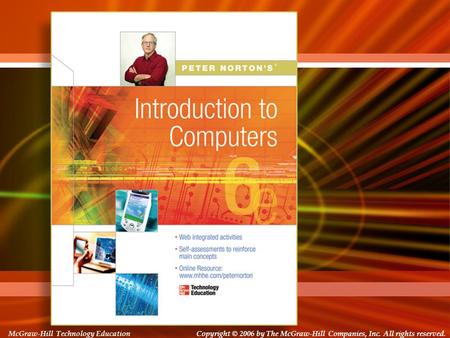 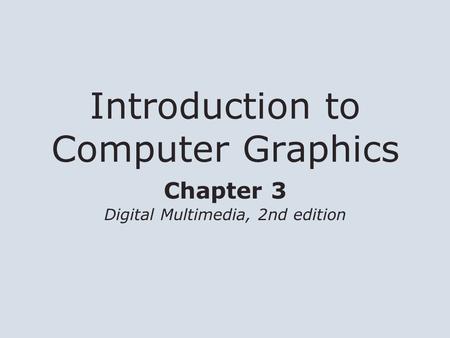 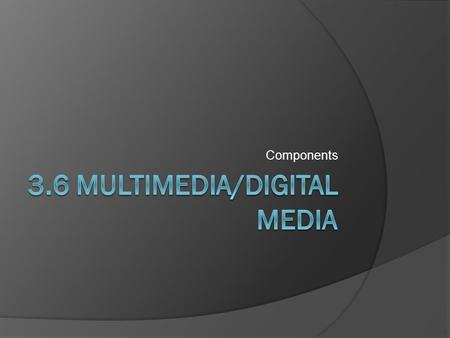 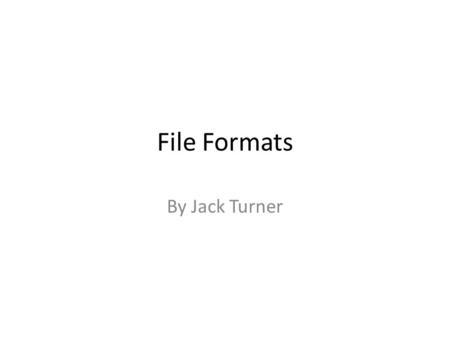 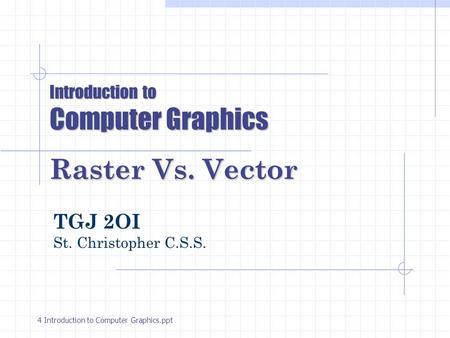 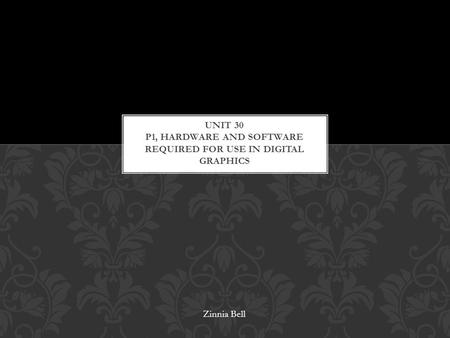 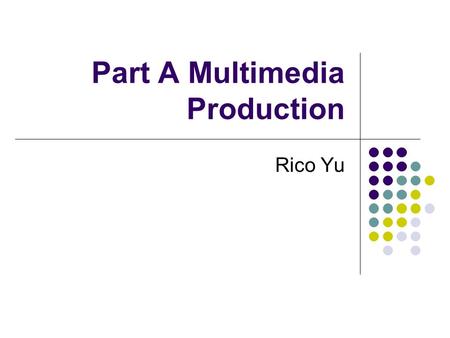 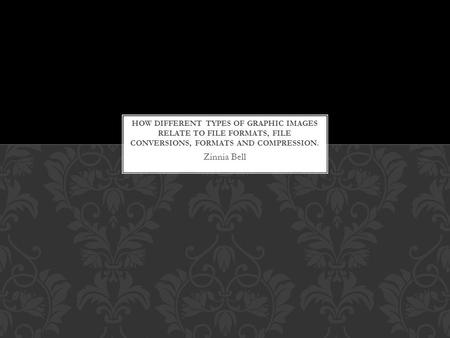 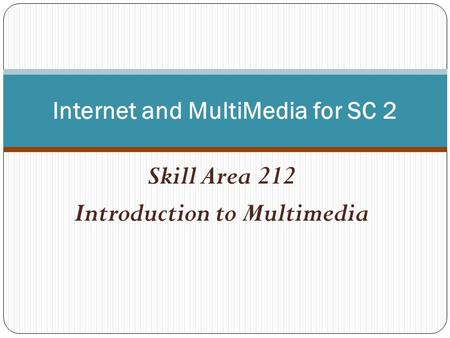 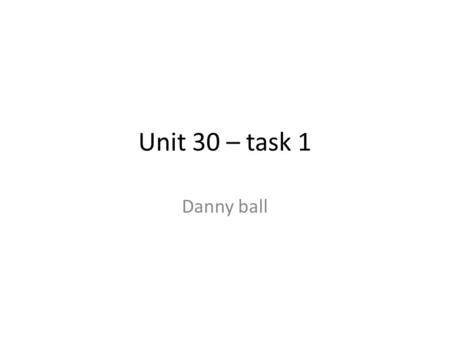 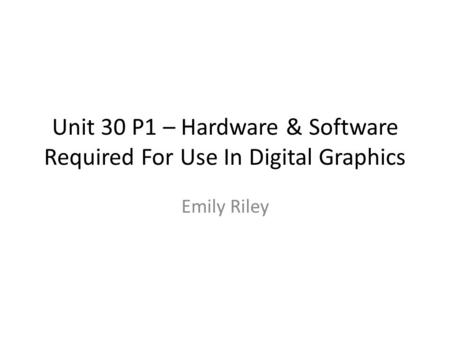 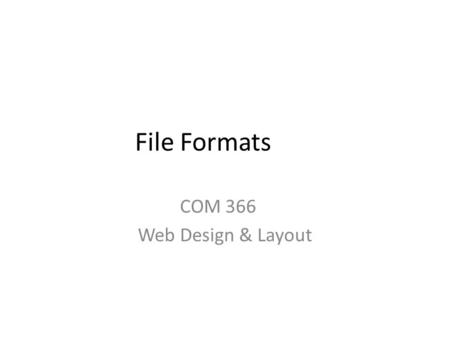 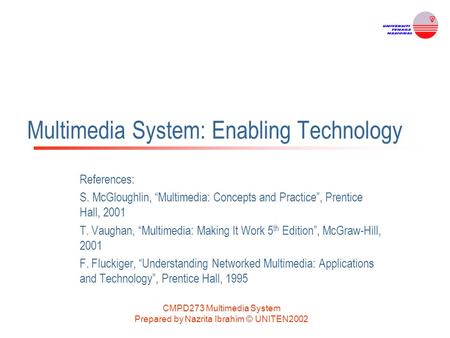