1 Sir Gawain and the Green Knight
Cultural and character backgrounds

2 The Author The author of the poem is known only as “The Pearl Poet.”
Written in northwestern England around 1370 The language and topics indicate that the author was most likely familiar with French, Latin, the aristocracy, and the medieval romance genre.

5 Poetic Devices Heavy alliteration
Bob and wheel verse: each section ends with a short line called a bob, followed by the wheel, which are longer lines that rhyme.

7 Characters Sir Gawain: A young knight ready for challenge
The Green Knight: A mysterious figure who proposes a quest Lord Bercilak: Allows Gawain to stay at his castle during his quest Lady Bercilak: Seduces Gawain King Arthur: Leader of Camelot

8 Sir Gawain Sir Gawain is a Knight of the Round Table in the legends of King Arthur. He is depicted as both a ruthless warrior and a noble and courageous man. As a knight, Sir Gawain would have had to uphold the code of chivalry.

10 Theories on the Meaning of the Color Green
fertility and rebirth love the devil or evil (from early English folklore) death All are seen in Sir Gawain and the Green Knight, which could suggest a focus on the cycle of life or the transitions from good to evil. 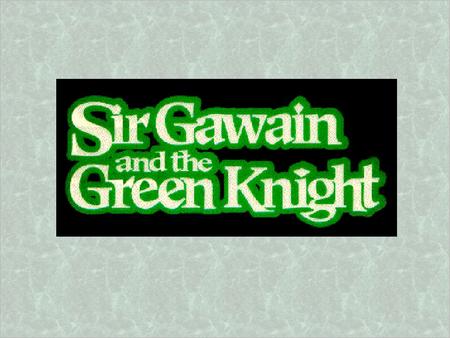 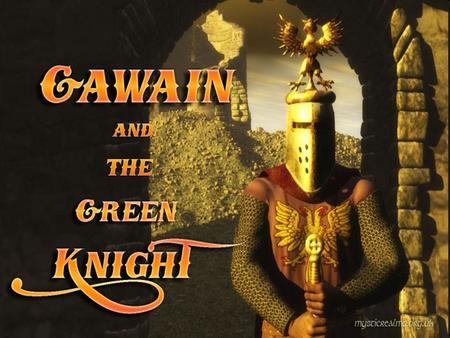