3 EARLY LIFE Born January 28, 1912 Cody, Wyoming Born with last name McCoy After parents death became Pollock after being adopted Grew up in Arizona and Chico, California Enrolled in Los Angeles’ Manual Arts High School Expelled after being expelled from another High School in 1928 Moved to New York City to study under Thomas Hart Benton at the Art Students League of New York When moving to New York Jackson dropped his first name Paul Studied Under Benton for 2 ½ years 1935 worked for the WPA Federal Art Project Easel Painter Next 2 years lived in poverty with brother and wife until 1942

6 UNIQUE TECHNIQUE Perfected the technique of working with paint Introduced the use of liquid paint in 1936 at experimental workshop Later used paint pouring as one of several techniques on canvases “Male and Female” & Composition with Pouring I” Began to paint with his canvases laid out on the studio floor Later developed “Drip” technique Using only synthetic resin-based paints called alkyd enamels Pollock used hardened brushes, sticks and even basting syringes as paint applicators Used technique of pouring and dripping paint “Action Painting” Pollock was able to achieve a more immediate means of creating art Paint flowing from chosen tool onto the canvas Added new dimensions; applying paint from all directions Time magazine called him “Jackson the Dripper” Move freely around a room as if he were dancing on the painting 1951 and 1952 painted almost exclusively in black enamel on different sized canvas

20 “Pollock was described by his contemporaries as gentle and contemplative when sober, violent when drunk. These extremes found equilibrium in his art. He was highly intelligent, widely read, and, when he chose, incisively articulate. He believed that art derived from the unconscious, saw himself as the essential subject of his Painting, and judged his work and that of others on its inherent authenticity of personal expression.” 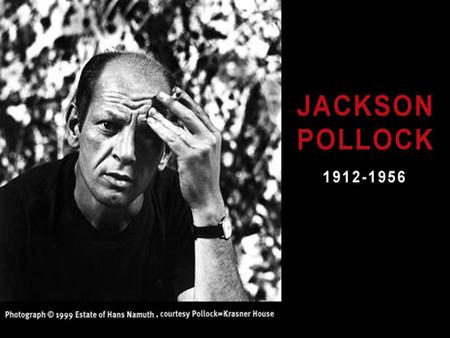 Died. Jackson Pollock, 44, bearded shock trooper of modern painting, who spread his canvases on the floor, dribbled paint, sand and broken glass on them, 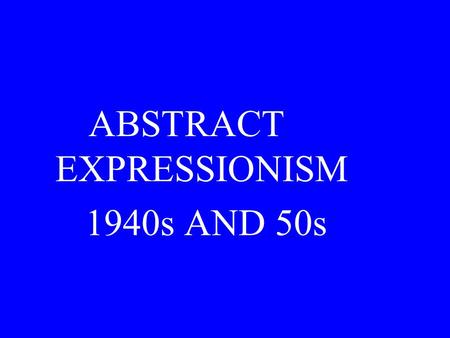 ABSTRACT EXPRESSIONISM 1940s AND 50s. Abstract Expressionism should not be confused with the German Expressionist movement that we studied earlier. The. 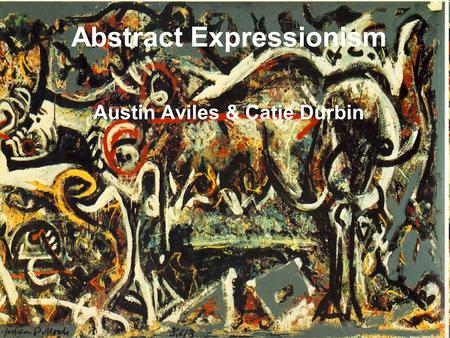 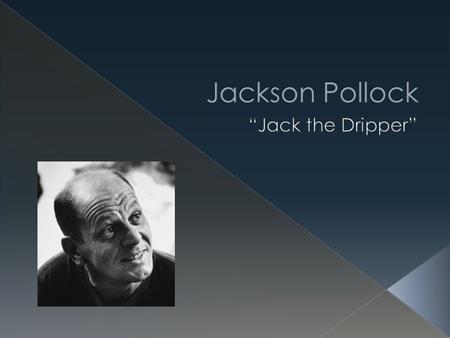 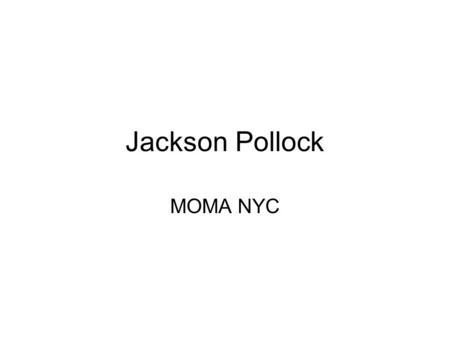