2 Energy Energy = the ability to do work, or move an object from one position to another Two categories—kinetic energy and potential energy Units for energy are Joules (J)

4 Potential Energy PE = energy of an object due to its position, internal structure, or chemical composition Energy that is “stored” until it can be converted into some form of kinetic energy Types of PE include: gravitational, chemical, nuclear, elastic, Electric

5 Equation for Potential Energy
PE PE Acceleration due to gravity (9.8 m/s2 on Earth)

12 Thermal Energy associated w/energy of the particles in an object. As thermal energy increases, the temperature of the object increases.

15 Nuclear Energy Associated w/ the fusion or fission of nuclear atoms.
The fusion of hydrogen into helium fuels the power of the sun

16 5.2 Energy Conversion and Conservation
Law of the Conservation of Energy - states that energy cannot be created or destroyed. It simply changes from one form into another Most forms of energy can be converted from one type to another. Einstein’s theory of Relativity - E = mc2 E = the energy produced m = the mass being converted c = the speed of light

17 Common Misconceptions
“All energy is kinetic energy.” Reality: There are two main classes of energy—kinetic and potential. Potential energy is the energy stored in an object.

18 Common Misconceptions
“Objects that are not moving possess no energy.” Reality: All objects possess energy. For example, a rock lying on the ground contains a certain amount of heat energy, the kinetic energy of the molecules that make up the rock.

21 Common Misconceptions
“Energy can be “lost” or used up.” Reality: Energy can neither be created nor destroyed. It merely changes from one form to another. When we say that energy is “lost” during an energy transformation, what we really mean is that some of the energy is converted into heat, which is dissipated into the surroundings.

22 Closure What energy relates to objects in motion?
What is the metric unit used for energy? What 2 things affect an object’s KE? What is the formula to calculate PE? What is the ability to do work called? 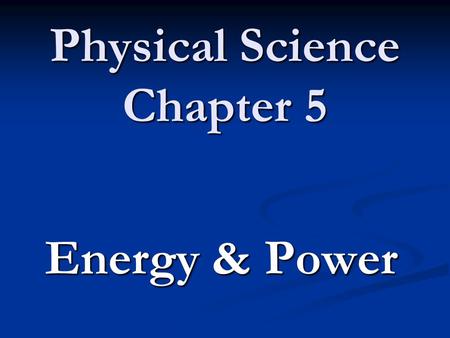 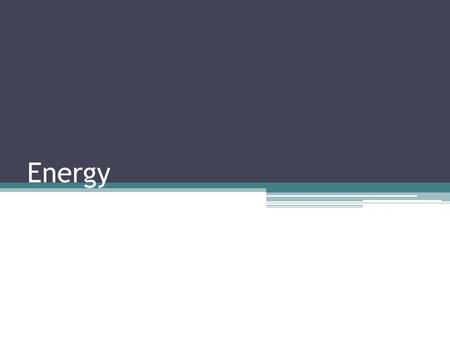 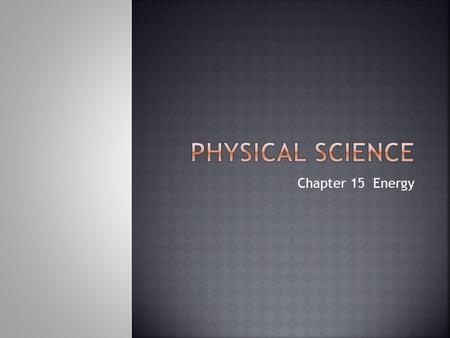 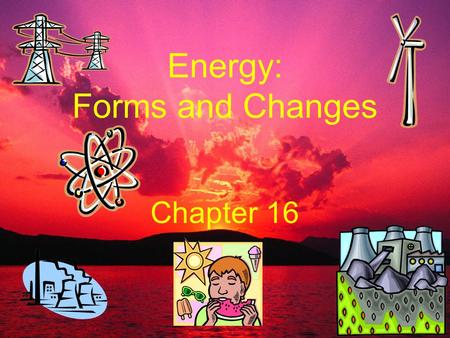 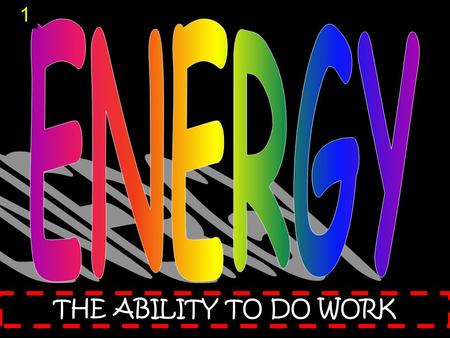 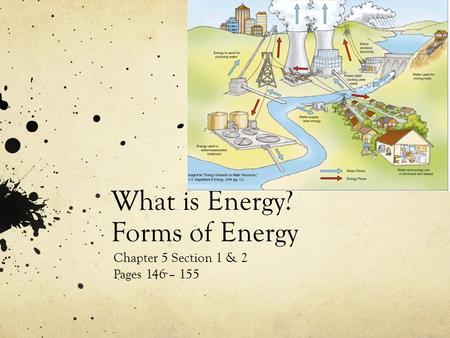 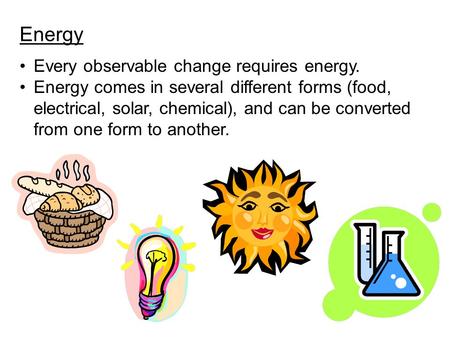 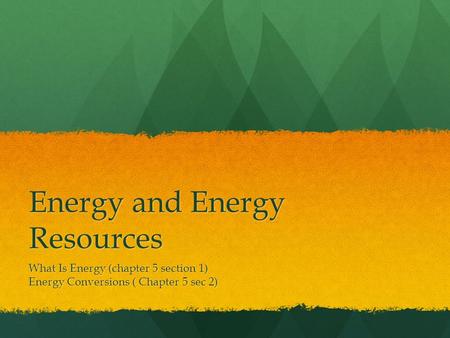 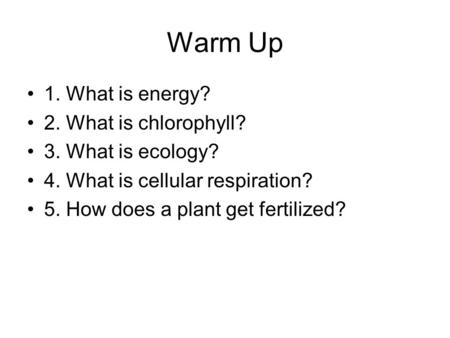 Warm Up 1. What is energy? 2. What is chlorophyll? 3. What is ecology? 4. What is cellular respiration? 5. How does a plant get fertilized? 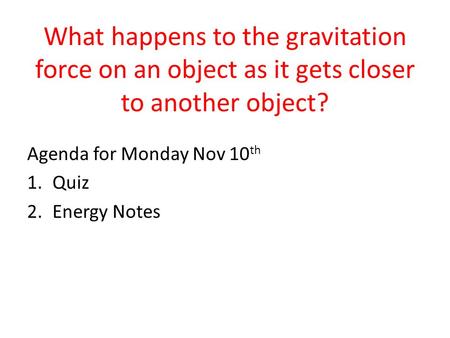