Andy Warhol 1928-1987. No other artist is as much identified with Pop Art as Andy Warhol. The media called him the Prince of Pop. Warhol made his way.

Presentation on theme: "Andy Warhol 1928-1987. No other artist is as much identified with Pop Art as Andy Warhol. The media called him the Prince of Pop. Warhol made his way."— Presentation transcript:

2 No other artist is as much identified with Pop Art as Andy Warhol. The media called him the Prince of Pop. Warhol made his way from a Pittsburgh working class family to an American legend. Born Andrew Warhola, August 6, 1928, in the industrial city of Pittsburgh, Pennsylvania, Andy Warhol is best known for his exploration of Pop Art, mass producing images of mass produced objects. As a young man he became one of New York's most sought of and successful commercial illustrators. In 1952, he had his first one man show. In the sixties, Warhol started painting daily objects of mass productions like Campbell soup cans and coke bottles.

4 Warhol experimented in media such as film, sculpture, paint, and silkscreen, but perhaps his greatest work was his invention of himself as an international celebrity and pop culture icon. In July of 1968. the pop artist was shot three times into the chest by a woman named Valerie Solanis. Warhol never recovered completely from his wounds and had to wear a bandage around his waist for the rest of his life..

5 The Pop artist loved cats, and images of them can be found in quite a few of his work. He has obsessed by the ambition to become famous and wealthy and he knew that he could achieve the American Dream only by hard work. Andy Warhol died February 22, 1987 from complications after a gall bladder operation. More than 2000 people attended his Memorial Service. Two years later the Andy Warhol. Museum was opened in his home town of Pittsburgh.

7 Andy Warhol Quote. In the future everyone will be world- famous for 15 minutes.

13 A relief print is created by using a raised surface of the block that is inked and put in contact with paper and burnished to transfer the image.

14 Block A piece of linoleum, wood, metal or surface from which a print is taken.

16 Edition number A set of identical prints, numbered and signed by the artist.

17 Artist Proof- The preliminary print taken to examine the progress of the work at successive stages.

18 Burnisher A tool used to apply pressure by rubbing on the back of the paper laid on an inked block.

19 Ink slab A smooth surface that is used to roll out ink for printing.

20 Gouge A tool used for clearing away non-image areas from the block.

21 Brayer A tool used to roll ink onto a block by hand.

22 Printmaking Steps. 1. Decide on an image. You have to see the images as shapes. 2. Background is either a solid color or multicolored. 3. Middle ground is the detailing in your image. Choose contrasting colors. 4. Foreground is the dark contour lines. 5. Your multiblock print is printed 4 times on a single piece of paper. 6. Each background can be a different color. 7. Middle ground color should be contrasting and printed in a different color or value each time. 8. Foreground is printed in black or any dark shade of color.

Download ppt "Andy Warhol 1928-1987. No other artist is as much identified with Pop Art as Andy Warhol. The media called him the Prince of Pop. Warhol made his way." 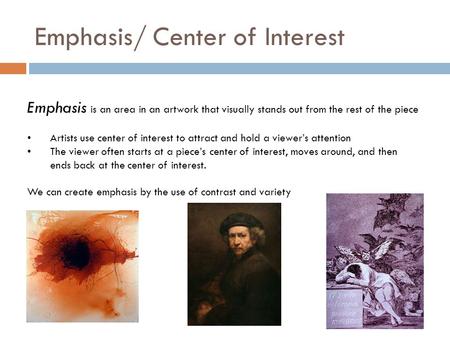 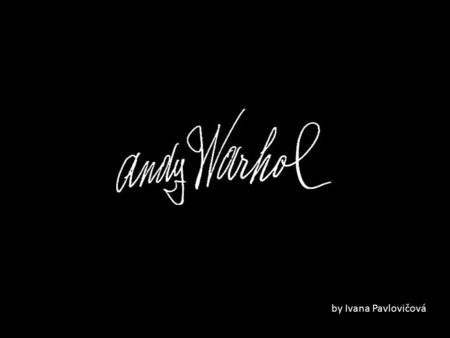 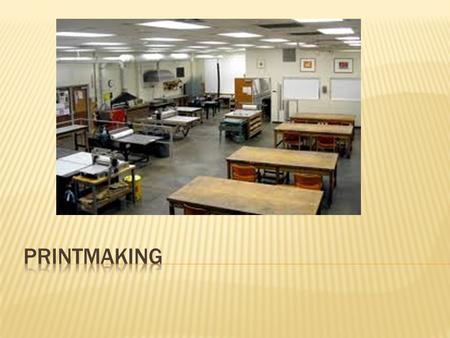