Presentation on theme: "Andy Warhol Pop Artist. Andy Warhol (1928 – 1987) was born in Pittsburgh, Pennsylvania. He helped to develop Pop Art, one of the best-known and most fun."— Presentation transcript:

2 Andy Warhol (1928 – 1987) was born in Pittsburgh, Pennsylvania. He helped to develop Pop Art, one of the best-known and most fun periods of art. Andy Warhol became one of the most famous artists ever.

3 Andy Warhol had a natural talent for art. His mother encouraged him, and even helped him with some of his drawings when he was young. At an early age, Andy started to have medical problems. He felt shaky and nervous and lost the color in his skin. His mother insisted he stay in bed to rest. He spent much of this drawing, reading comic and movie books. He dreamed about the exciting and glamorous lives of his favorite movie stars.

4 Andy went to art college and developed an unusual way to draw his subjects. He would draw them in pencil and then quickly trace the drawings with ink. Then before the ink dried he would press the drawing onto another paper to get a blotted-line look.

5 After Andy graduated from Art School he had little money. When he went out looking for a job, he had to carry his drawings around in a brown- paper grocery bag. Andy got a job working for Glamour magazine illustrating stories.

6 Andy did a whole series of ads on a big shoe store in New York using his blotted-line method of drawing. Everyone thought his illustrations were really original. His blotted-line art seemed to have an energy to it, almost like it was dancing around on the page. Andy kept getting more and more jobs, and before Andy knew it, he was making lots of money!

7 Andy moved into a nice, big apartment with all the money he was making. He was getting more work all the time. On top of doing magazine illustrations, he started decorating department- store windows, designing greeting cards, album and book covers. He even drew suns, clouds and raindrops for the television weather report. Andy was becoming one of the busiest – and wealthiest – illustrators in New York City!

8 When Andy Warhol was not working he would spend time going to see movies and Art Galleries. The artwork of two artists, Jasper Johns and Robert Rauschenberg, impressed Andy. They were doing new and exciting things with painting and sculpture. Both of these artists had also done department store window displays like Andy, but were becoming famous for their more serious art pieces. Andy Warhol decided it was time for hime to become a more serious artists too. Jasper Johns Robert Rauschenberg

9 Even though Andy Warhol was making a lot of money, what he wanted most of all, was to be famous. Andy was looking for a new and different way to make his art. A friend said she knew exactly what he should paint and would tell him if he paid her $50.00. Andy gladly paid her. She said since he loved money so much, he should paint money. She added – paint something he saw every day, like a can of Campbell’s soup. He loved her idea and started painting money and soup cans right away.

10 Andy Warhol’s best know paintings and prints are usually brightly colored and have simple strong shapes that stand out. He often showed things that were a popular part of everyday modern life, like supermarket products and rock or movie stars. The “Pop Art” comes from the word “popular”.

11 When people first saw Pop Art, many couldn’t believe that serious artists would make sculptures and pictures of ordinary objects. But pop artists like Andy Warhol, Claes Oldenburg, and Roy Lichtenstien were doing just what artists have always done. They create art about things that were important or familiar in their everyday lives. Claes Oldenburg Roy Lichtenstien

12 Andy painted his soup cans on blank backgrounds to make them stand out and seem important. He tried to make his paintings of money and canned soup look like they were printed by a machine. Andy thought repeating the images was an important part of Pop Art, because things are repeated in real life all the time. Like when you see the same T.V. commercials over and over or the same ads or billboards.

13 When Andy’s painting finally started to catch on, he was so busy he had to get help from his mother and friends and he hired assistants. They all worked in a big studio that Andy called the Factory. Andy started using a way to print his paintings called photo silk-screening. He and his helpers could make hundreds of copies of each painting. Andy went on to make paintings and prints of all kinds of popular subjects.

14 Andy Warhol’s Pop Art was more than a series of fun pictures of popular subjects. His best paintings and prints were beautifully designed. They are strong and powerful images with great colors. Andy’s artworks made many people take a look around them and think about what really was and wasn’t important in their lives.

15 Andy’s life was filled with excitement. He was always in the news for one reason or another. By the time he died, he was a wealthy and famous artist, just what he had always hoped to be.

16 Bibliography Getting to Know the World’s Greatest Artists: Andy Warhol by Mike Venezia.

Download ppt "Andy Warhol Pop Artist. Andy Warhol (1928 – 1987) was born in Pittsburgh, Pennsylvania. He helped to develop Pop Art, one of the best-known and most fun." 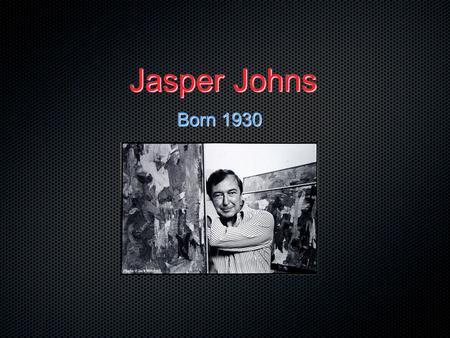