2 Preposition A word that shows how a noun or pronoun relates to another part of the sentence.

5 Example Sentences T. I. can’t go anywhere except his house.
Beyonce danced during her concert. Eli Manning ran toward the 20 yard line.

10 What is the prepositional phrase?
The girl sat beneath the oak tree. The brown dog ran down the street. He had the earphones in his ears at the gym.

11 The girl sat beneath the oak tree.

12 The brown dog ran down the street.

13 He had the earphones in his ears at the gym. 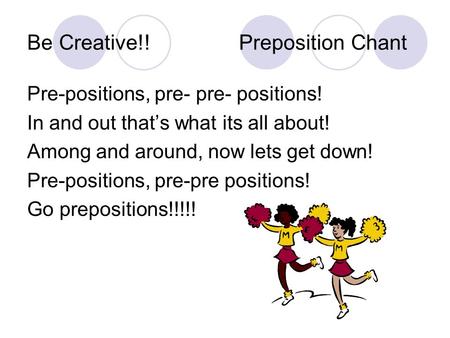 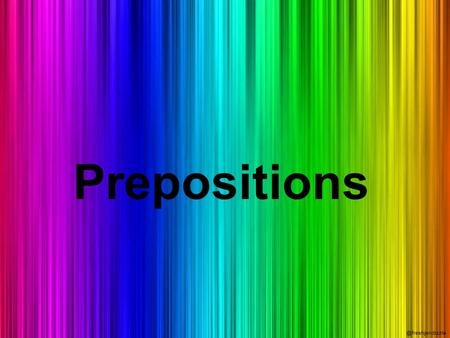 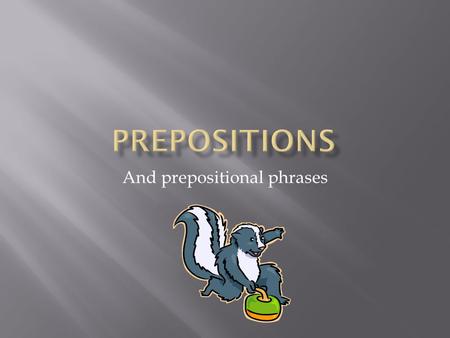 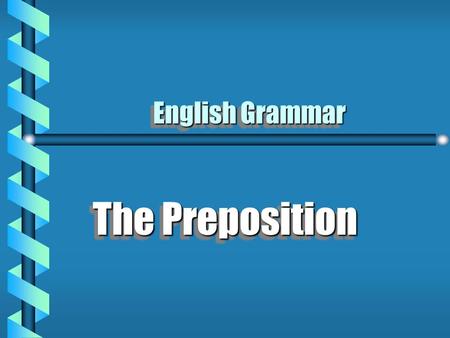 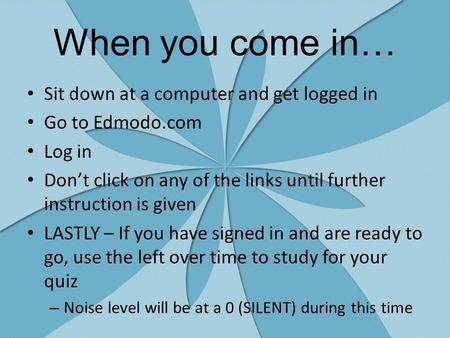 When you come in… Sit down at a computer and get logged in Go to Edmodo.com Log in Don’t click on any of the links until further instruction is given LASTLY. 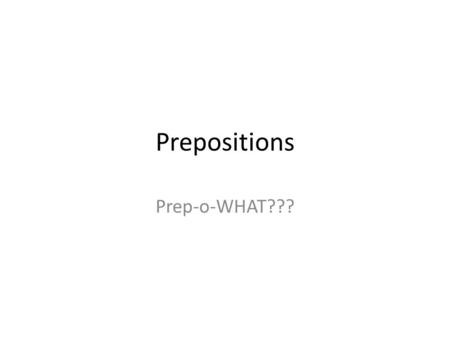 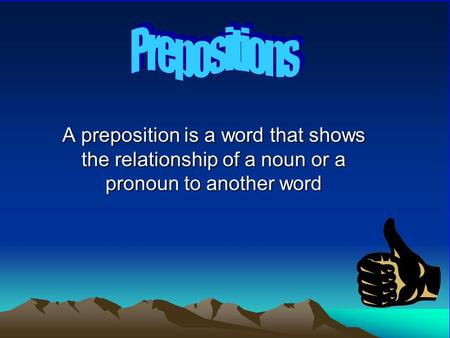