Tour of the Solar System PowerPoint

2 What is the leading theory explaining the start of the present Universe called and when did it apparently happen ? “The Big Bang” ~14 Billion years ago

4 1 unique thing about MERCURY:
no atmosphere (being so close to the Sun has its dangers!) Solar wind stripping atmosphere off Mercury

6 1 unique thing about EARTH: only place known to have life
because it has water as liquid allowing chemicals to mix

12 1 unique thing about URANUS:
tipped on its side

13 1 unique thing about NEPTUNE: highest winds in solar system
up to 2,000 kph (or 1,200 MPH) Great Dark Spot storm with “scooter” storms around it

14 1 unique thing about PLUTO:
very elliptical orbit (not even close to a circle) orbit is not in the plane of ecliptic (orbit on angle compared to others) it and its moon orbit a point in space, not a point within the parent planet Basically it doesn’t follow the “rules” for being a planet like the other 8 so it was removed in 2006.

15 Does Pluto fit the standard definition of a planet ?
Take a look at the previous slide (hit “Backspace”) and look at all the unique things about it Also, Pluto messes up the neat situation of four rock planets close to the Sun, followed by four gas planets (Sun’s gravity pulled heavier elements closer) Also, don’t forget that we have found other objects beyond Pluto (Quaoar, Varuna, Sedna, 2004 DW, 2003 EL61, and about 800 more, some maybe 1,000km across), so should they be planets too? Most astronomers agree calling Pluto a planet was a mistake from the start – but everyone was very excited when it was found. end show 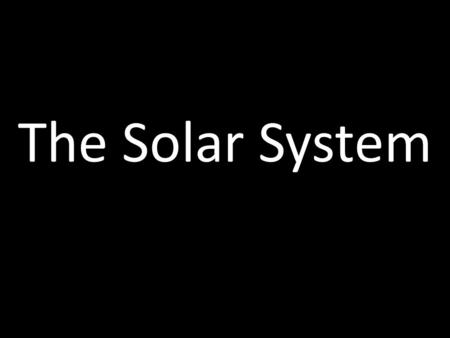 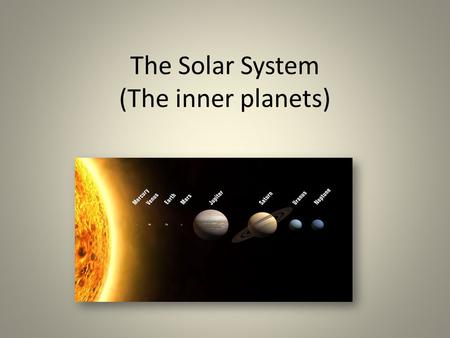 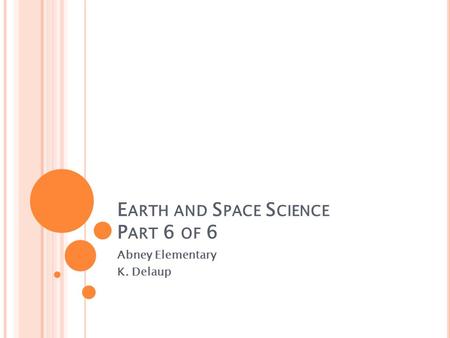 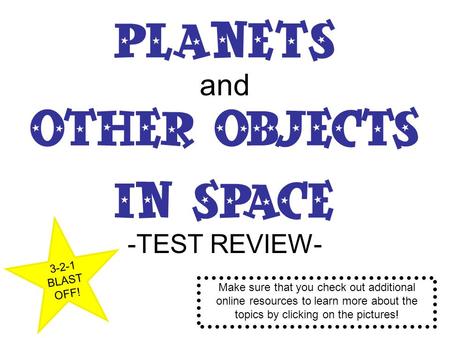