18 Behavior Therapies: Classical Conditioning
Systematic Desensitization: gradual process of extinguishing a learned fear (or phobia) by working through a hierarchy of fearful stimuli while remaining relaxed

29 Biomedical Therapies (Continued)
Electroconvulsive Therapy (ECT): based on passing electrical current through the brain; used almost exclusively when other methods have failed Psychosurgery: operative procedures on the brain designed to relieve severe mental symptoms that have not responded to other forms of treatment 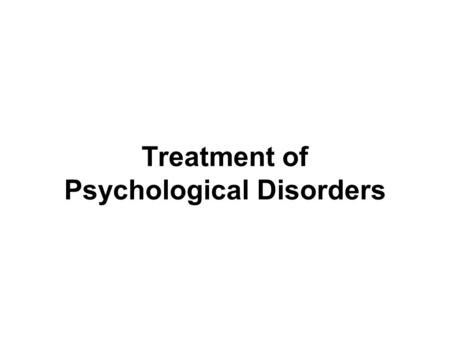 Treatment of Psychological Disorders. Who Seeks Treatment?  15% of U.S. population in a given year  Most common presenting problems  Anxiety and Depression. 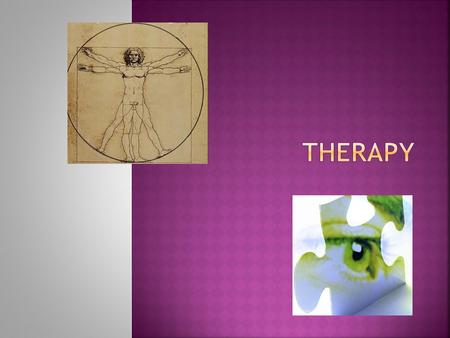 A variety of individual psychotherapies designed to give people a better awareness and understanding of their feelings, motivations, and actions in the. 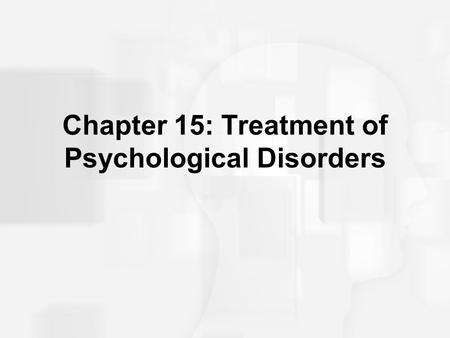 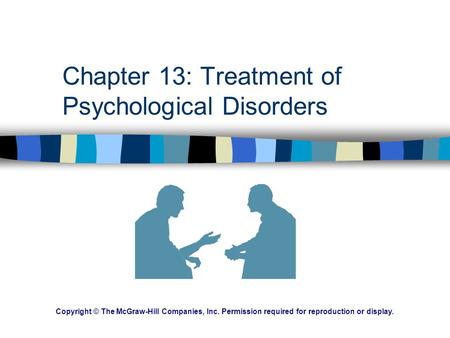 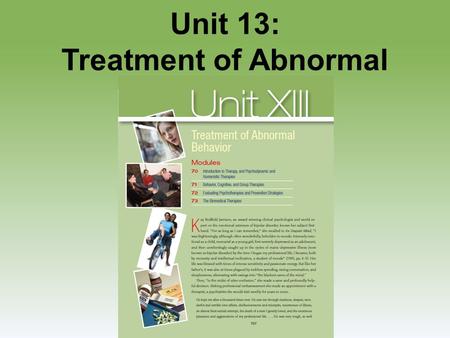 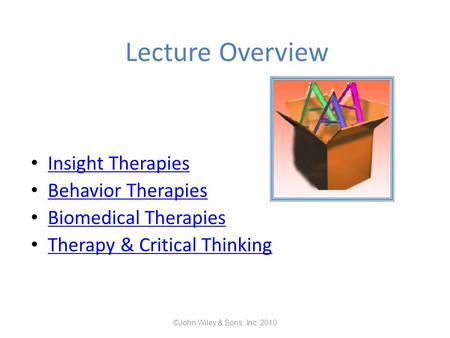 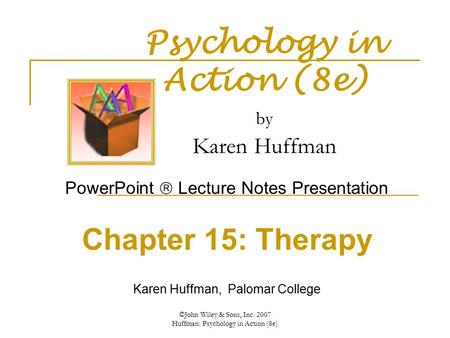 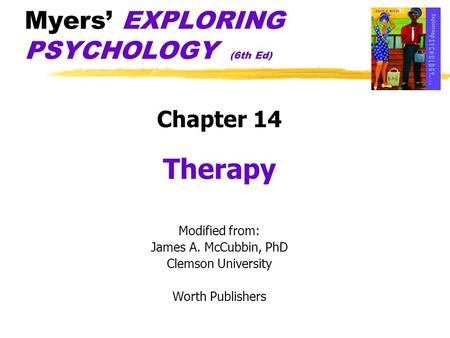 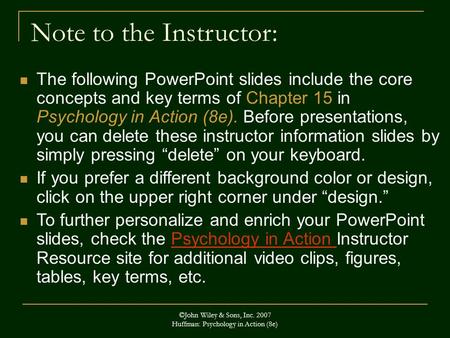 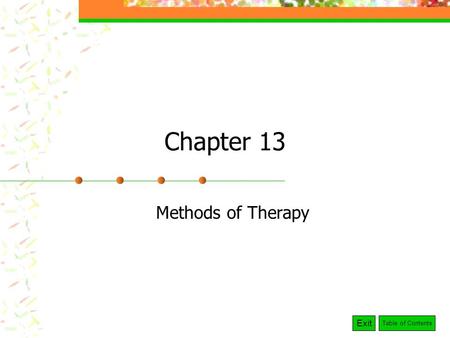 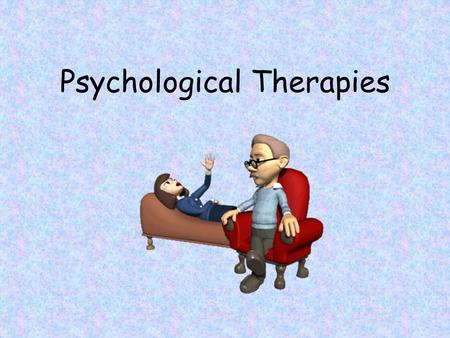 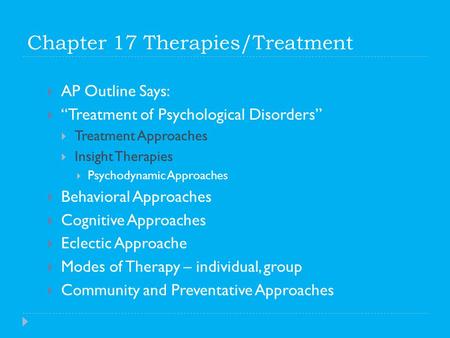 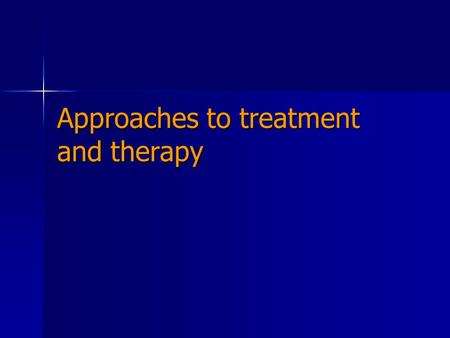 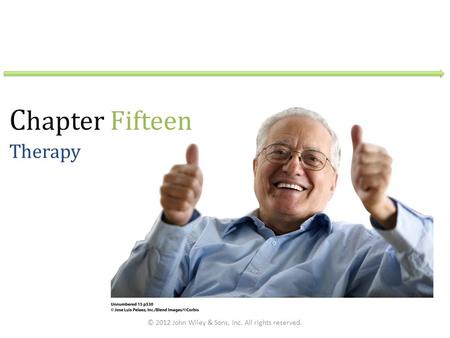 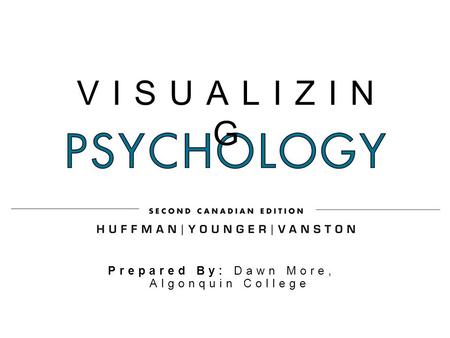 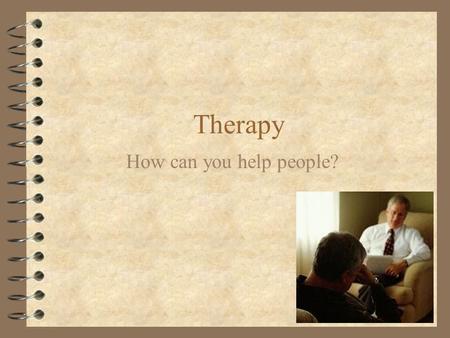 Therapy How can you help people?. 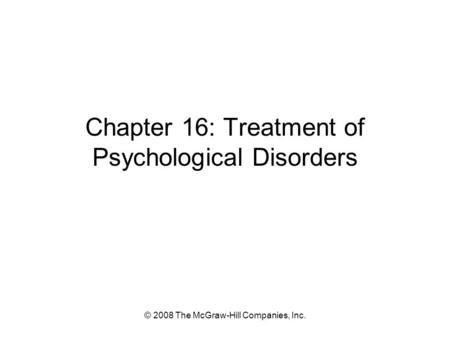 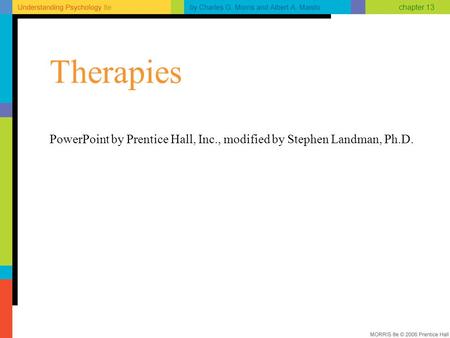 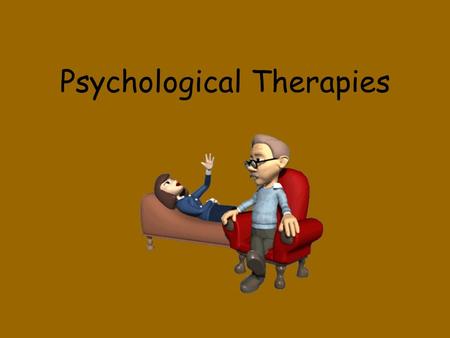 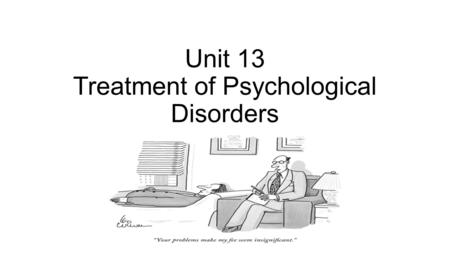