Presentation on theme: "Medieval Music History Music has been around since the beginning of man, but we do not know what it sounded like until the Medieval Period. It was in."— Presentation transcript:

3 Music has been around since the beginning of man, but we do not know what it sounded like until the Medieval Period. It was in this period that people developed a system to write notes down. It started with the most powerful organization in the world at that time.

5 Early written music had words and sometimes even scribbles to tell the singer to go up and down, but there was no form of specific music notation. This is an early chant written by monks about 100 AD.

6 Over time, the monks began to develop a form of music notation that showed how high or low to sing a note by using a staff.

7 The first written record of music notation dates back to the 6th Century. It’s called Gregorian Chant and it was named after the leader of the Catholic church. Mr. Lauritzen secretly snapped this picture when he was in the Vatican museum in Rome.

8 Pope Gregory the Great organized all the chants of all the Catholic churches around the world into a collection, so they named the chants after him.

9 Here is an example of the first notation used by the monks. It’s very similar to the notation we still use today. What are some differences? Square notes and only 4 lines on the staff

10 Gregorian Chant, like most chants, is sung without instruments. It only uses voices. We call this “a cappella”.

11 The Trinity of the Father, Son, and Holy Spirit was the most important number of the Church, so all of the music was grouped into 3’s to represent this sacred trinity.

12 You are listening to it right now. Why do you think people would buy this? This CD, simply called “CHANT,” came out in 1994 and sold millions of copies. It’s peaceful, spiritual, & relaxing after a stressful day.

13 Gregorian Chant has remained an important part of the Catholic Church even to the present. People still turn to Gregorian Chant for spiritual and intellectual uplifting or to evoke a solemn, sacred atmosphere.

14 Chant started as a single, vocal melody with no steady beat. For hundreds of years, all the monks sang the same notes at the same times.

15 Around the 9th Century, some singers began singing in a harmony of 5th’s, thus creating homophonic harmony.

16 About the 12th Century, the monks started to sing 2 or more melodies at the same time. What do we call this?

17 Chant is not only used by the Roman Catholic church. It is frequently used in many parts of the world today. Here are a few examples: Middle East – Muslim Call to Prayer New Zealand – Maori War Chant U.S. – Native American War Chant Tibet – Monks Chanting the Tantra India – Buddist Prayer to Chenrizi (wait for music to play before clicking)

18 Here are some instruments from the Medieval Period 11.12. Bagpipe Harp

23 Here are some more instruments used in the Medieval Period

Download ppt "Medieval Music History Music has been around since the beginning of man, but we do not know what it sounded like until the Medieval Period. It was in." 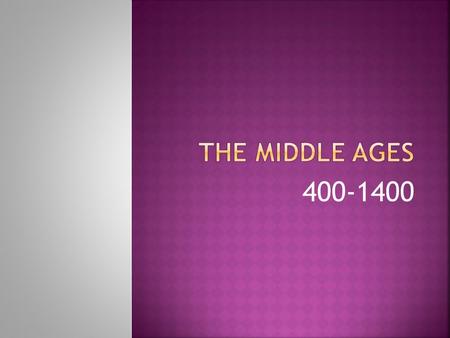 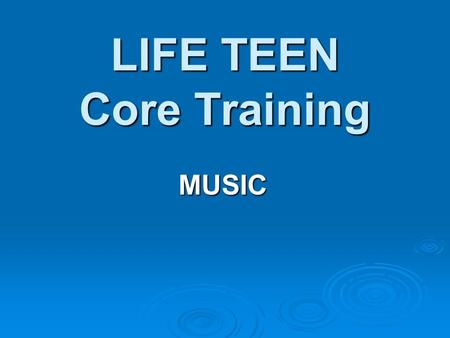 LIFE TEEN Core Training MUSIC. Brief History  Music in the Mass has had a long and rich tradition.  We have manuscripts and historical accounts of music. 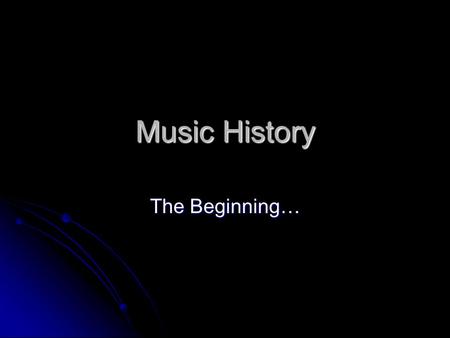 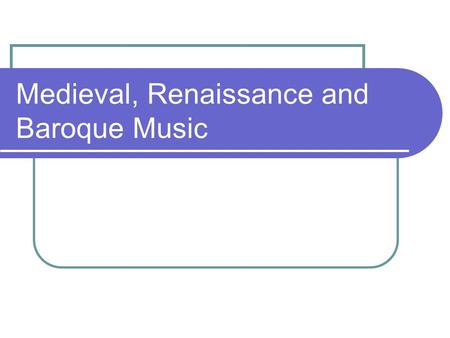 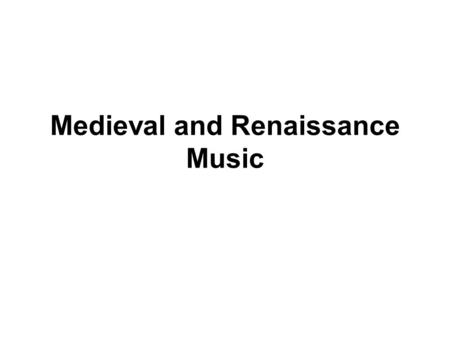