Presentation on theme: "Sections 1-4. Organisms in Kingdom Plantae are eukaryotes that have cell walls containing cellulose and carry out photosynthesis using chlorophyll a and."— Presentation transcript:

10 Many alternate between haploid and diploid forms, but not necessarily with each generation Example: Chlamydomonas Favorable conditions – haploid cell reproduces asexually by mitosis Unfavorable conditions – switches to sexual reproduction Cells fuse to form zygote (sporophyte) with thick protective covering which will grow when conditions improve, divide by meiosis into 4 haploids

13 Mosses have protective coating that makes them resistant to drying, rhizoids to anchor them to soil and absorb water and minerals

14 Group including mosses, liverworts, and hornworts Specialized reproductive organs enclosed by nonreproductive cells Higher degree of cell specialization Among first land plants Small because they do not make lignin, which is used to harden cell walls, and do not have vascular tissues

16 Alternation of generations Gametophyte dominant, sporophyte depends on it Produce sperm cells with flagella for swimming so water must be present at some point in year When a moss spore lands in a moist place, it grows into a gametophyte Forms rhizoids that grow into ground, shoots that grow into air

21 Spores produced by the sporophyte grow into thin, heart-shaped haploid gametophytes (independent) Sperm/eggs produced on gametophytes in antheridia and archegonia Sperm swim to eggs – water needed Zygote develops into a new sporophyte plant (dominant) Haploid spores develop on the undersides of the fronds in sporangia

27 After fertilization, the zygote within seed grows into a tiny plant (sporophyte embryo) A tough seed coat surrounds and protects the embryo, keeps it from drying out The embryo begins to grow when conditions are right Uses nutrients from stored food supply until it can carry out photosynthesis on its own

32 Angiosperms most abundant plants Most recent to evolve Develop flowers, which contain ovaries to surround and protect seeds

Download ppt "Sections 1-4. Organisms in Kingdom Plantae are eukaryotes that have cell walls containing cellulose and carry out photosynthesis using chlorophyll a and." 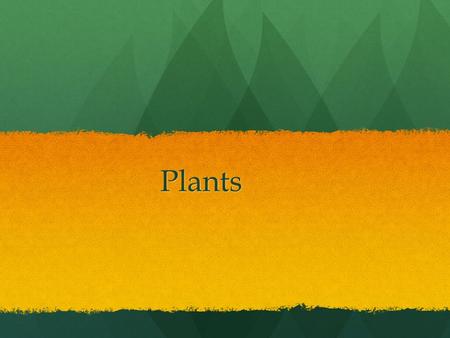 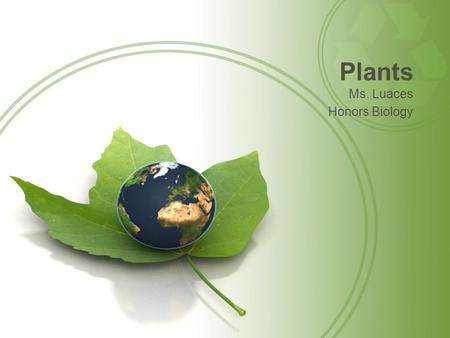 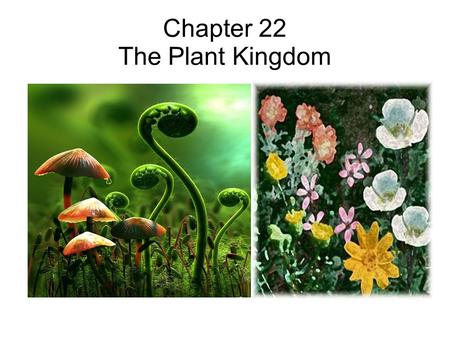 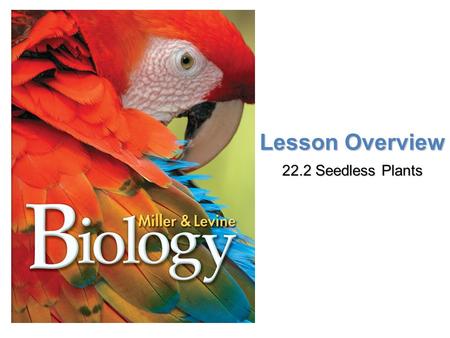 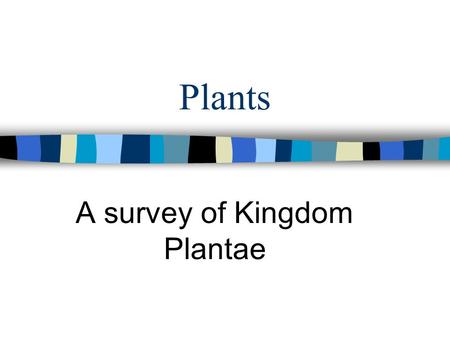 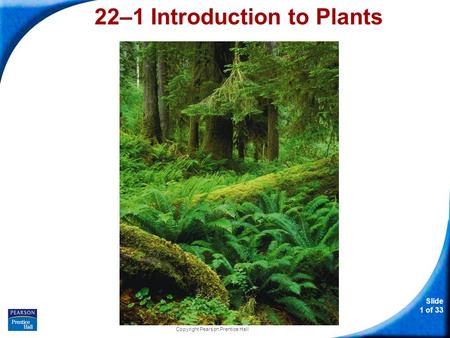 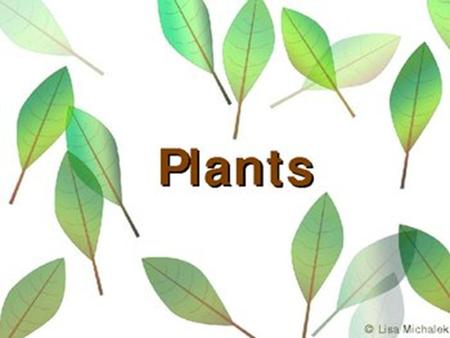 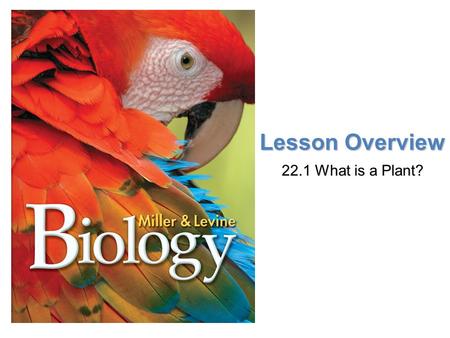 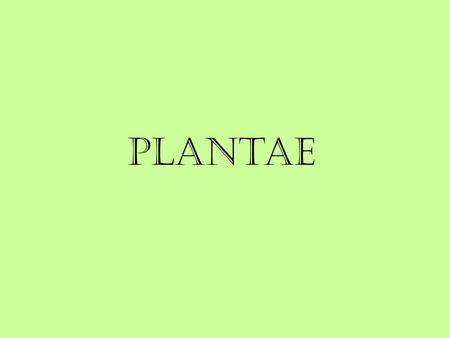