Federalism and Democratization Process In Sudan Introduction: Sudan is the largest country in Africa in terms of area. It is Characterized by : ethnic,

Presentation on theme: "Federalism and Democratization Process In Sudan Introduction: Sudan is the largest country in Africa in terms of area. It is Characterized by : ethnic,"— Presentation transcript:

1 Federalism and Democratization Process In Sudan Introduction: Sudan is the largest country in Africa in terms of area. It is Characterized by : ethnic, cultural and political diversity. It Consists of 65 main ethnic groups and 597 sub-ethnic groups. The political history of Sudan shows that it has practiced a system of decentralization even before the formation of the country with its present boarders. Since the Funj Sultanate in the year 1504 - the Turkish and the Mahadia State, the country was divided into provinces. Sudan has a long experience with decentralization. It adopted a local government system since 1937.

2 Concept of Democracy In this paper, democracy is refer to as the supremacy of the people to rule through practice of their political rights and participation in various levels of governance through the election of representatives in executive and legislative institutions.

3 Reasons For Adopting The Federal System : Vast area of Sudan makes it difficult to be ruled from the center. Response to regional and ethnic aspirations and settlement of cultural, social and ethnic issues. Amicable settlement of political and regional disputes. Expansion of popular participation.

4 Relation Between Federalism and Democracy: The objective of federalism is to solve problems of ethnic, cultural and political diversity. Success in achieving these objectives depend to a great extent on the implementation of an effective democratic practice with wide popular participation.

5 From Regional Government to the Federal System The present federal system was preceded by a system of regional government adopted since 1980. The Regional Rule was faced with a number of difficulties namely: -It was followed by political instability. -Lack of adequate financial resources in various regions. -Lack of qualified personnel at regional levels. -Deterioration of services.

7 The Second Phase: The 1998 Constitution During this period the Constitutional Court was established. Organization and Registration of Political Parties. Gradual transition to a multi-partisan system. Cancellation of the office of the provincial commissioners and local government councils which were substituted by localities. The office of a new commissioner for these localities was introduced with political powers.

10 Political practice under the Interim constitution 2005: The constitution states basic principles that guarantee democratic practice which are: All citizens enjoy fundamental rights. Social justice and equality before the law. Freedom of creed and worship. Political freedoms- assembly and organization. Supremacy of law. Independence of judiciary. Right of litigation before the law to all citizens. Establishment of the constitutional court to protect human rights and fundamental freedoms.

11 Assessment and Evaluation of the Experience Constitutional and Legal Guarantees: 1. The constitution emphasized the supremacy of the people to rule themselves through their democratic legislative and executive institutions. 2. All the states are granted the right to initiate and adopt their constitutions and local government acts. 3. The State legislative council have powers (within the state) that go up to the initiation of a vote of no confidence in the governors. 4. The State ministers are held answerable to the state legislature for the good administration of their ministries. 5. The Interim National Constitution grants the right to litigation for all citizens to resort to justice. This right has also being endorsed in the state constitutions.

12 Evidences: 1. The National Elections at 2008 (for the first time) granted a share of 25% exclusively for women in all legislative councils. It further granted 15% for proportional representation to allow small parties to be represented in the parliament.

13 2. In the Presidential elections one of the nominees was denied the right of running to the office by the National Elections Commission. The nominee raised a case before the Constitutional Court and was restored as a Presidential candidate. 3. Within the respect for the democratic process a referendum is now under process as a constitutional entitlement for the people of Southern Sudan. 4. The office of the President of the Republic was subject to direct elections by all eligible citizens. Likewise this was applicable to all executive and legislative bodies.

14 Results: Some of the outcomes of the implementation of the federal system can be summarized in the following: Expansion in the National and states government structures created wide opportunities for participation in the machinery of government. The experience proved that dialogue and direct negotiations offer the best solution for amicable settlement of disputes and conflicts in Sudan. Civil society organizations are taking active roles in various social issues like election observation and civic education. Support and encouragement of these organizations should be targeted by various levels of government to make their role more effective. Consolidation of local government institutions to empower citizen for more active participation in local development and decision making.

15 Challenges The main challenges facing the smooth running of federalism in Sudan are: Lack of adequate financial resources in various states. Lack of qualified personnel at state level. Creation of a sound balanced development, putting into consideration equality and justice for all, with special attention to war affected areas. How to strike a balance between wide participation and economy in running the machinery of government to finance socio-economic development.

Download ppt "Federalism and Democratization Process In Sudan Introduction: Sudan is the largest country in Africa in terms of area. It is Characterized by : ethnic," 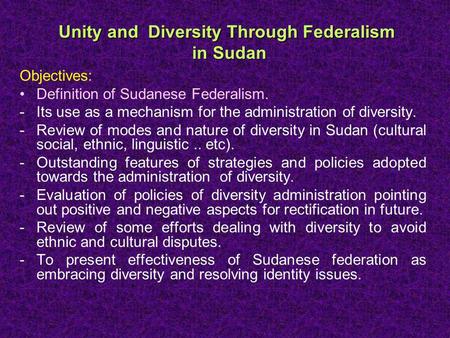 Unity and Diversity Through Federalism in Sudan Objectives: Definition of Sudanese Federalism. -Its use as a mechanism for the administration of diversity. 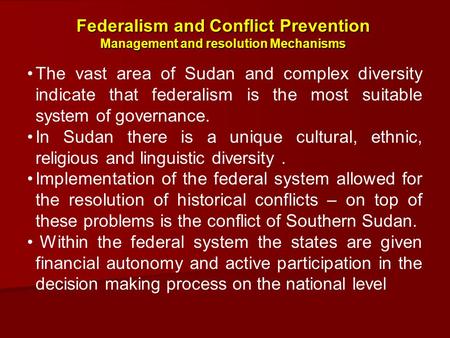 The vast area of Sudan and complex diversity indicate that federalism is the most suitable system of governance. In Sudan there is a unique cultural, ethnic, 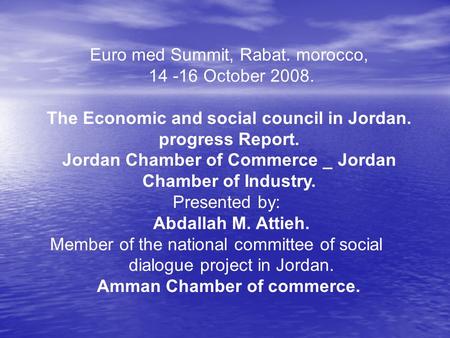 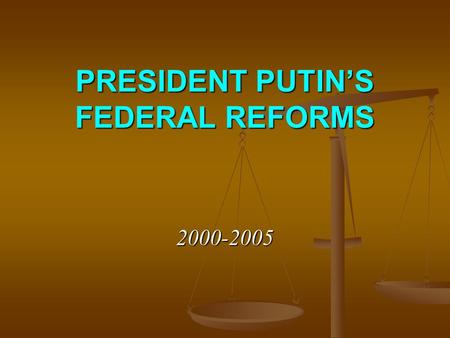 PRESIDENT PUTIN’S FEDERAL REFORMS Since 2000 – from ‘centered controlled federalism’ to ‘quasi federalism’(?) … the danger of the country disintegration. 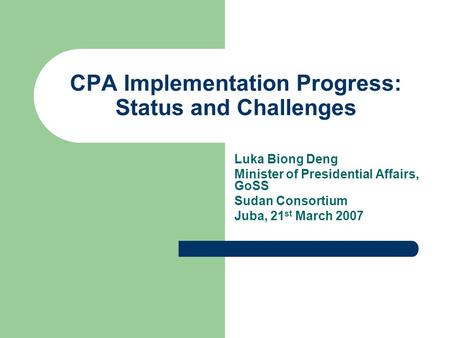 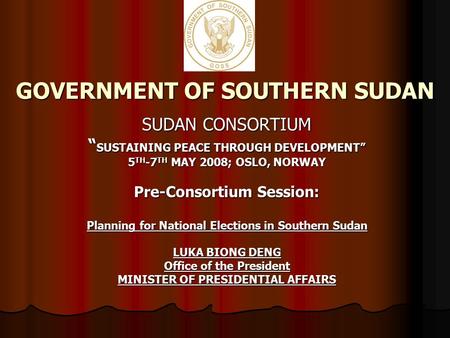 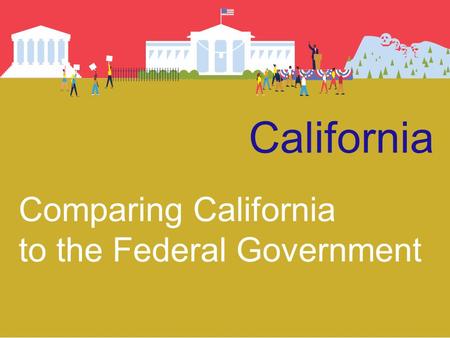 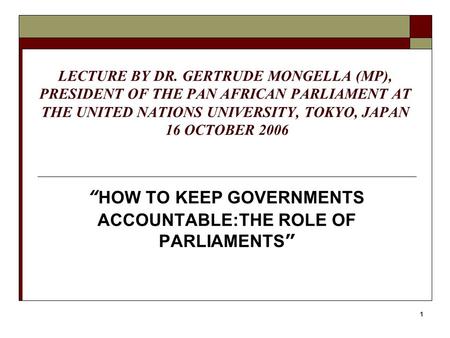 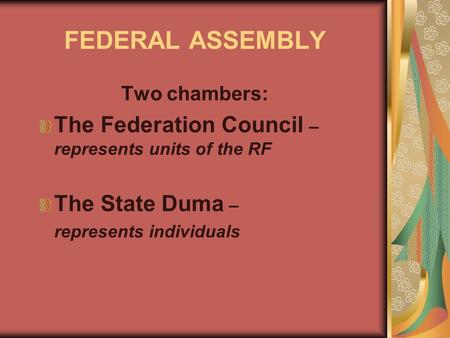 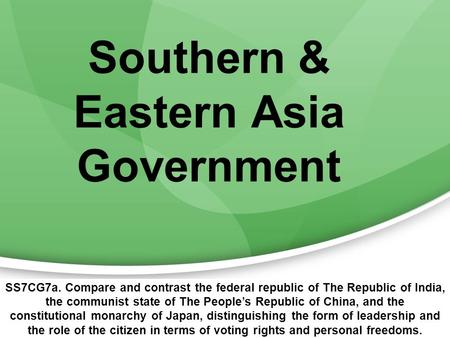 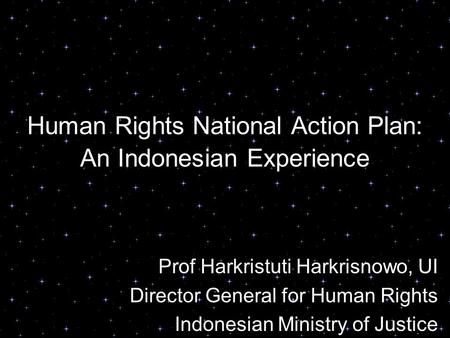 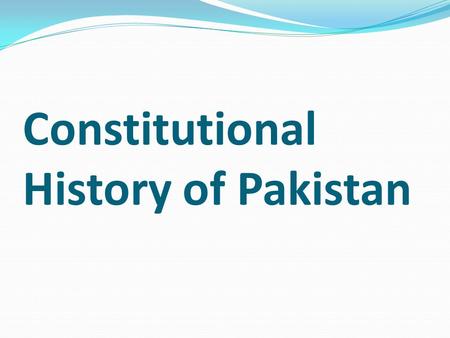 Constitutional History of Pakistan. Background: According to the Indian independence law of 18 th July 1947 the Islamic state of Pakistan emerged as the.