7 Work part time off campus during academic sessions – Can work full time during scheduled academic breaks Open permit Do not require a Labour Market Opinion To qualify: – Must be a full-time student enrolled at a recognized post-secondary educational institution Must have and remain in good academic standing – Must apply for and obtain a work permit Off-Campus Work Permit Program 2 March 2012

8 Need a work permit and study permit To qualify for a work permit – You must have a valid study permit – Your intended employment must be an essential part of your program of study in Canada – Your employment must be part of your academic program, certified by a letter from a responsible academic official of the institution – Your employment cannot form more than 50 percent of the total program of study – Your employer must be the post-secondary institution you attend Co-op and Internship Programs 2 March 2012

9 Open work permit To qualify: – you are a full-time student – you have a valid study permit Length of Time – Valid for the same period of time as your study permit Work Available to Spouse or Common-Law Partner 2 March 2012

13 The CEC was launched in 2008 to offer a pathway to permanent residency for – international students – skilled and highly skilled temporary foreign workers In November 2011, Canada welcomed its 10,000 permanent resident through the CEC Program CEC Brings Best and Brightest to Canada 2 March 2012

18 Canada plans to accept between 55,000 and 57,000 federal skilled workers (FSW) in 2012 2010 report on the FSWP – 89 percent of FSWs were employed or self- employed three years after landing – 95 percent of the employers surveyed indicated that FSWs were meeting or exceeding their expectations More Federal Skilled Workers in 2012 2 March 2012

19 Canada will accept up to 1,000 PhD students per year through the FSWP PhD students are now eligible to submit applications for processing as a Federal Skilled Worker FSWP – PhD Students 2 March 2012

21 Alberta can nominate immigrants to meet their specific economic and labour market needs In 2010, Alberta admitted 7,500 PNPs, up from 400 in 2004 Provincial Nominee Program (PNP) 2 March 2012

23 Interactive web tool launched August 2011 with over 750,000 visits so far Helps determine if you are eligible to come to Canada and what stream to apply for www.cic.gc.ca/cometocanada Come to Canada Tool 2 March 2012 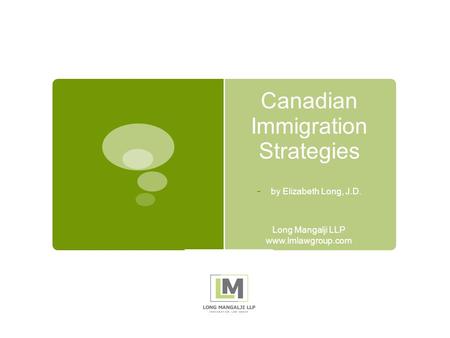 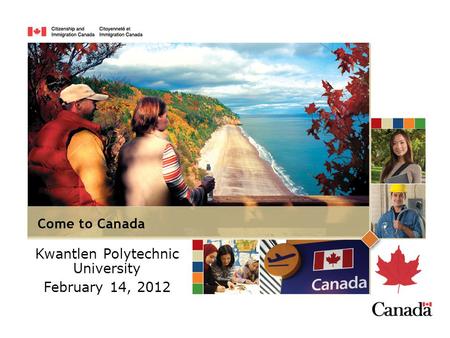 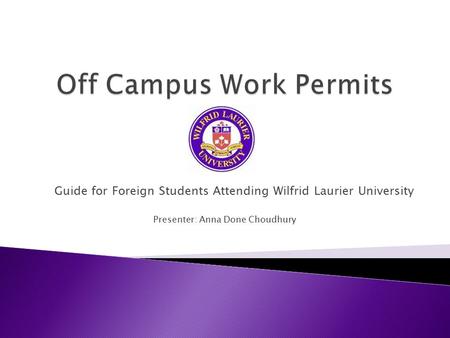 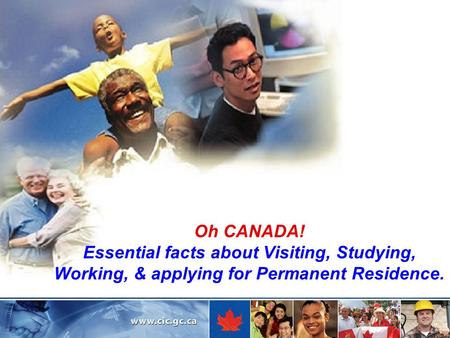 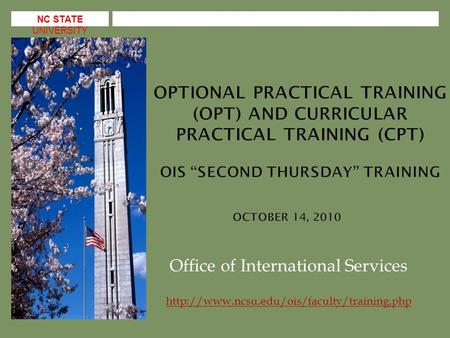 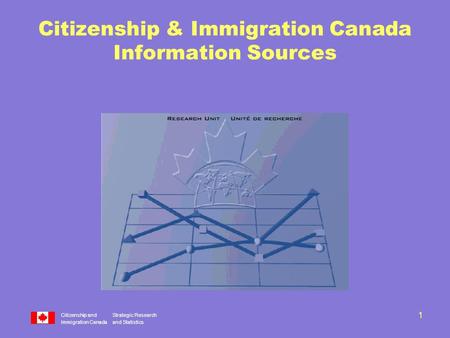 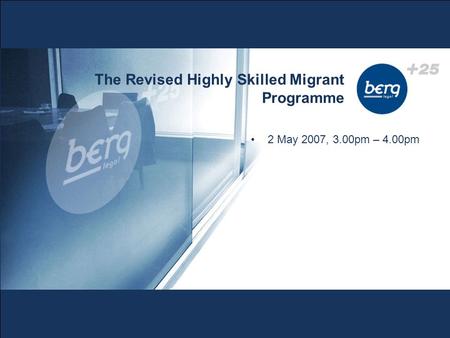 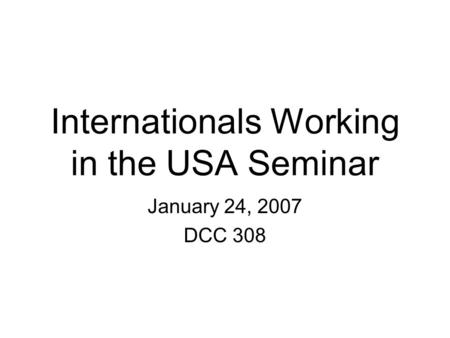 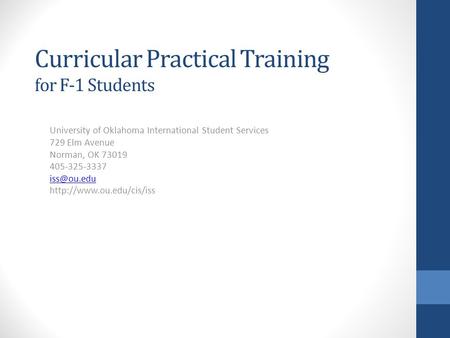 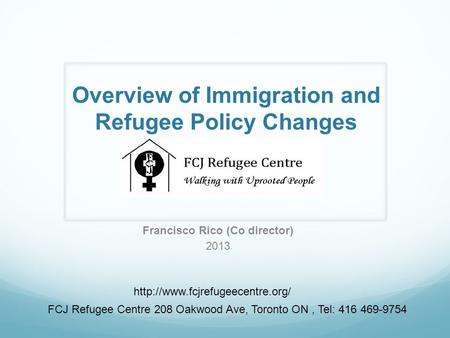 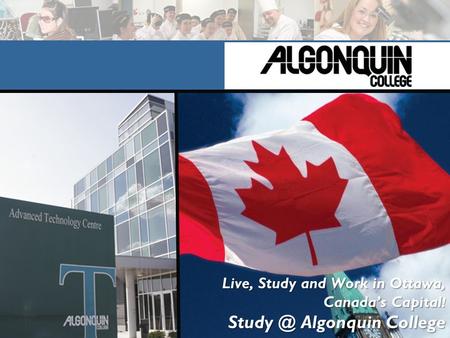 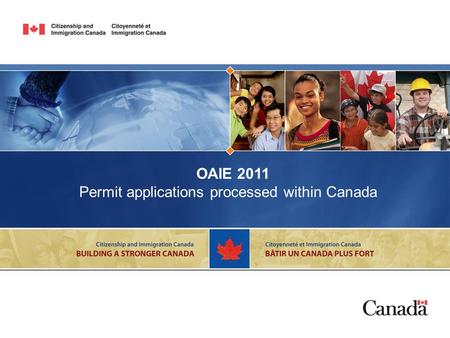 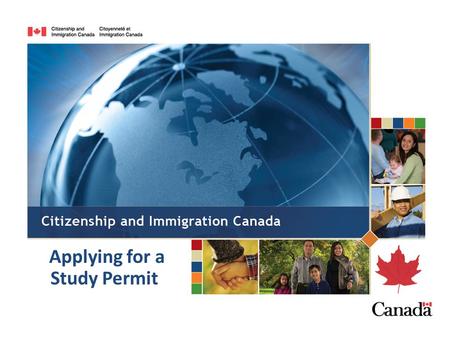 Applying for a Study Permit 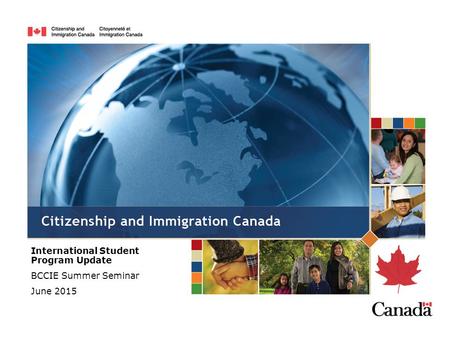 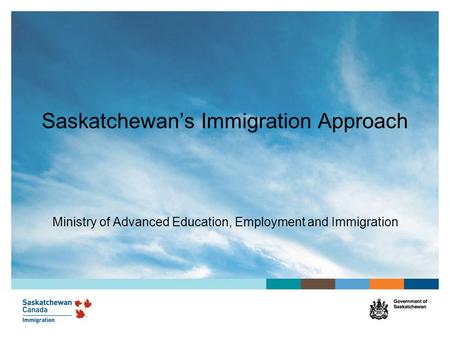 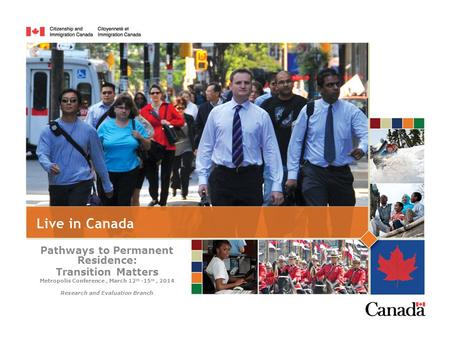 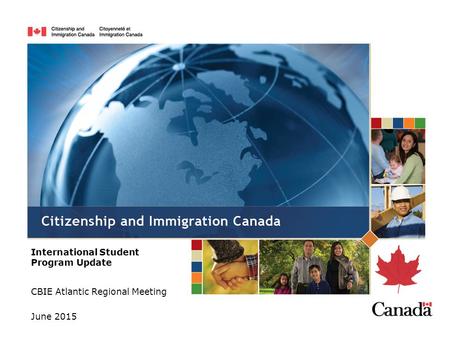 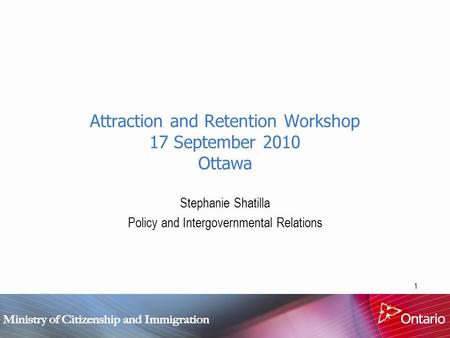 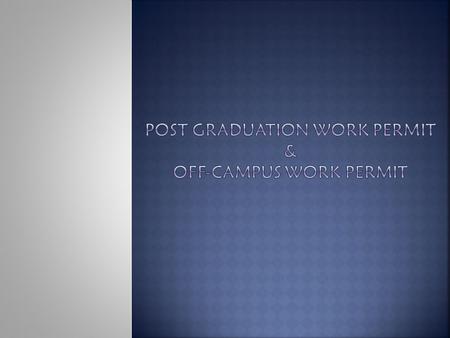 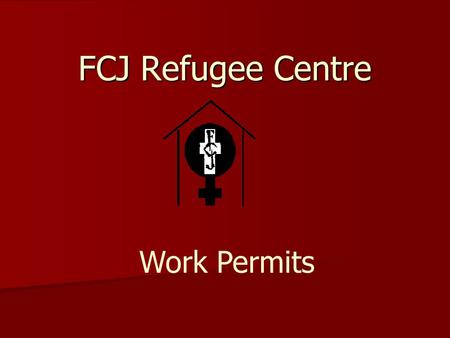