5 Types of Transmission Lines
Parallel-wire line is made of two parallel conductors separated by a space of ½ inch to several inches. The most widely used type of transmission line is the coaxial cable. It consists of a solid center conductor surrounded by a dielectric material, usually a plastic insulator such as Teflon. Twisted-pair cable uses two insulated solid copper wires covered with insulation and loosely twisted together.

10 Figure 13-9 A transmission line appears as a distributed
low-pass filter to any driving generator. (a) A distributed line with lumped components (b) Simplified equivalent circuit

11 Figure 13-10 A transmission line whose load is resistive
and equal to the surge impedance appears as an equal resistance to the generator.

13 Time Delay Because the velocity of propagation of a transmission line is less than the velocity of propagation in free space, any line will slow down or delay any signal applied to it. A signal applied at one end of a line appears some time later at the other end of the line. This is called the time delay or transit time. A transmission line used specifically for the purpose of achieving delay is called a delay line.

14 Figure 13-11: The effect of the time delay of a transmission line on signals. (a) Sine wave delay causes a lagging phase shift. (b) Pulse delay

15 Transmission-Line Specifications
Attenuation is directly proportional to cable length and increases with frequency. A transmission line is a low-pass filter whose cutoff frequency depends on distributed inductance and capacitance along the line and on length. It is important to use larger, low-loss cables for longer runs despite cost and handling inconvenience. A gain antenna can be used to offset cable loss.

19 Example 13-4 A 150-ft length of RG-62AIU coaxial cable is used as a transmission line. Find the load impedance that must be used to terminate the line to avoid reflections, (b) the equivalent inductance per foot, (c) the total attenuation in decibels.

22 Matched Lines A matched transmission line is one terminated in a load that has a resistive impedance equal to the characteristic impedance of the line. Alternating voltage (or current) at any point on a matched line is a constant value. A correctly terminated transmission line is said to be flat. The power sent down the line toward the load is called forward or incident power. Power not absorbed by the load is called reflected power.

23 Figure 13-16: A transmission line must be terminated in its
characteristic impedance for proper operation

24 When a line is not terminated properly, some of the energy is reflected and moves back up the line, toward the generator. This reflected voltage adds to the forward or incident generator voltage and forms a composite voltage that is distributed along the line. The pattern of voltage and its related current forms a standing wave. Standing waves are not desirable.

33 Figure 13-25: Impedance and reactance variations of shorted and open lines for lengths up to one wavelength

35 The Smith Chart is a sophisticated graph that permits visual solutions to transmission line calculations. Despite the availability of the computing options today, this format provides a more or less standardized way of viewing and solving transmission-line and related problems.

39 Any point on the outer circle represents a resistance of 0 Ω.
The R = 1 circle passes through the exact center of the resistance line and is known as the prime center. Values of pure resistance and the characteristic impedance of transmission line are plotted on this line. The linear scales printed at the bottom of Smith charts are used to find the SWR, dB loss, and reflection coefficient.

42 Example 1 for Fig The operating frequency for a 24-ft piece of RG-58A/U coaxial cable is 140 MHz. The load is resistive, with a resistance of 93 Ω. What is the impedance seen by a transmitter? 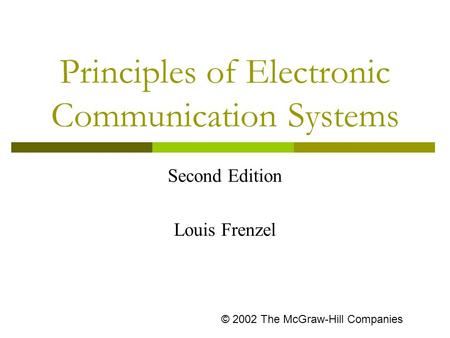 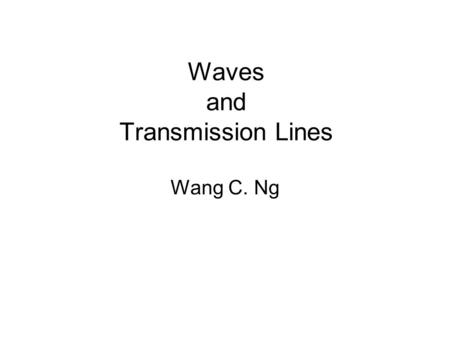 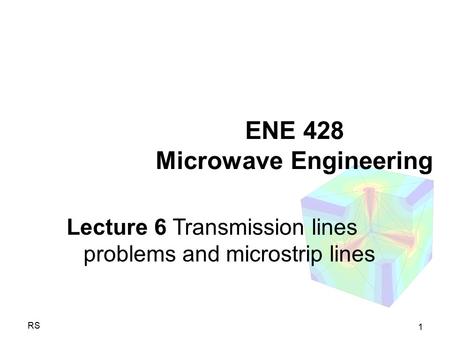 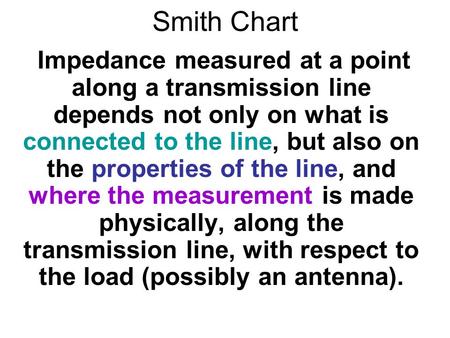 Smith Chart Impedance measured at a point along a transmission line depends not only on what is connected to the line, but also on the properties of the. 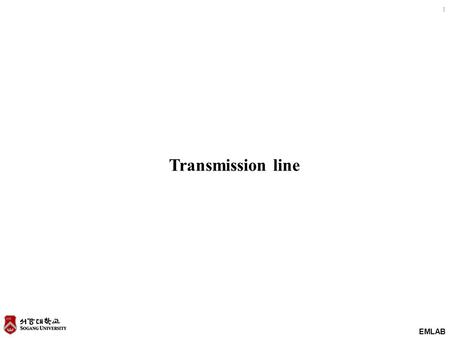 EMLAB 1 Transmission line. EMLAB 2 An apparatus to convey energy or signal from one place to another place. Transmitter to an antenna connections between. 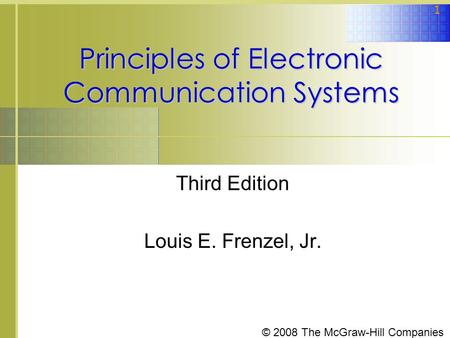 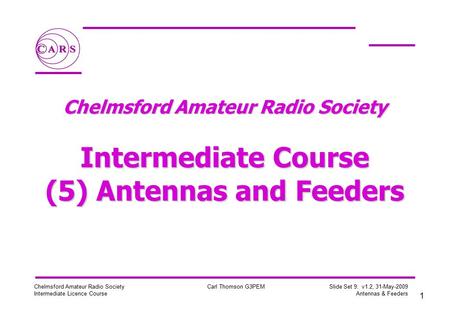 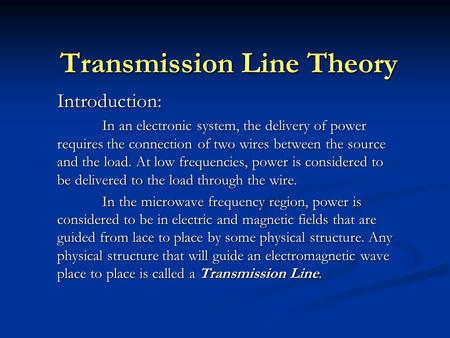 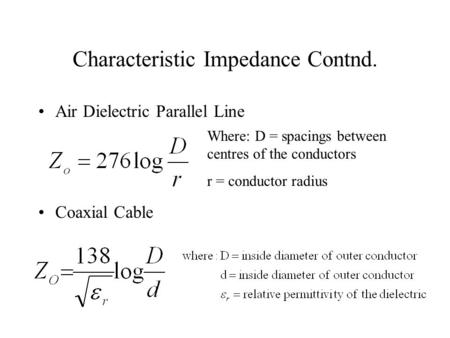 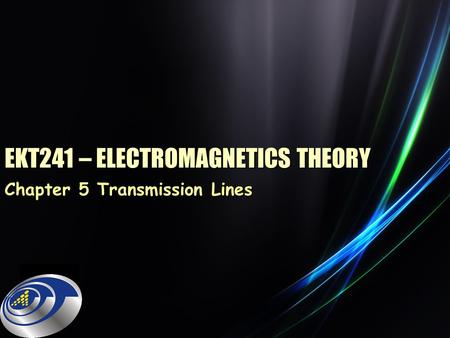 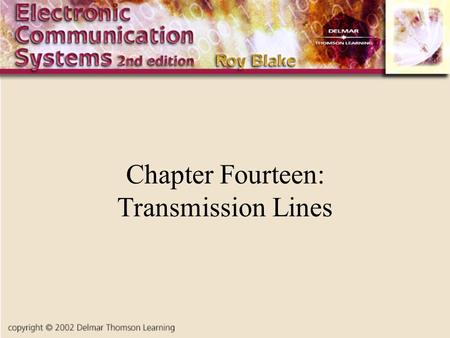 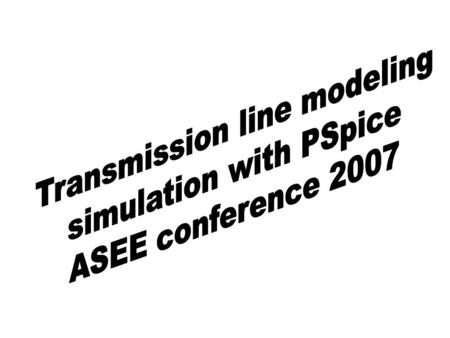 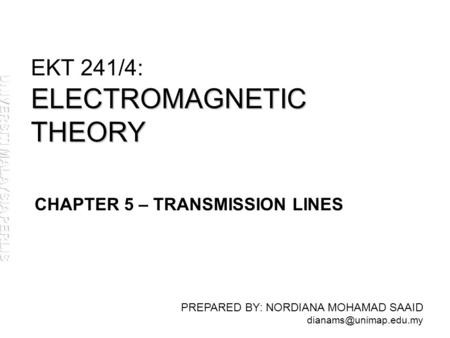 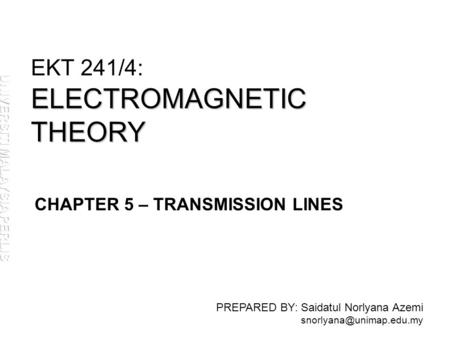 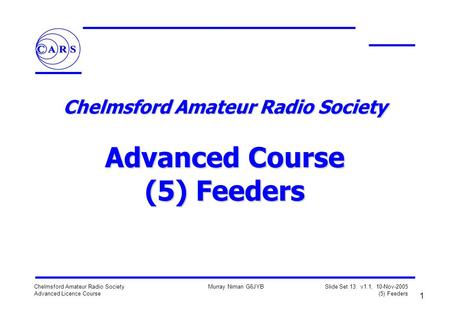 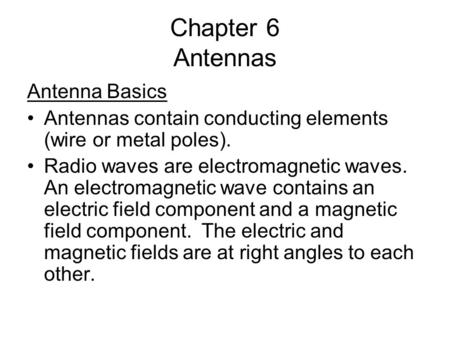 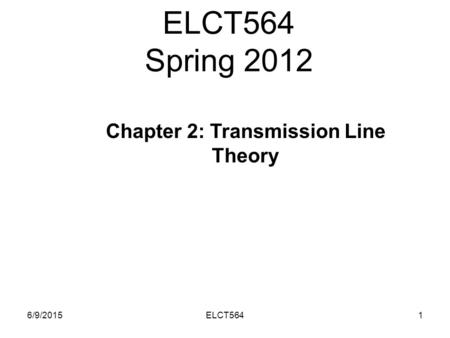 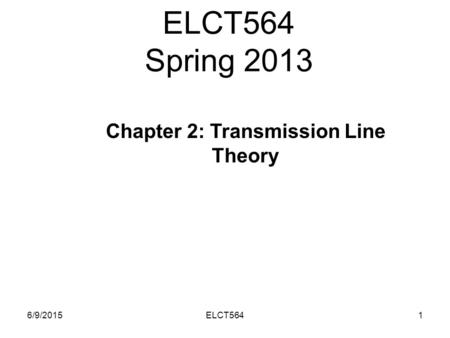 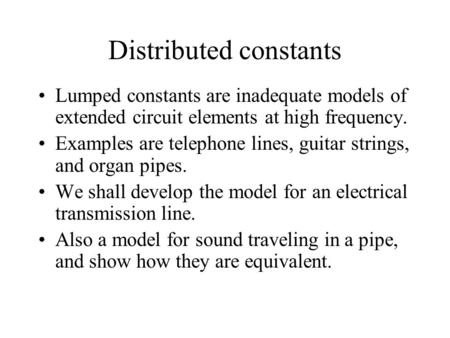 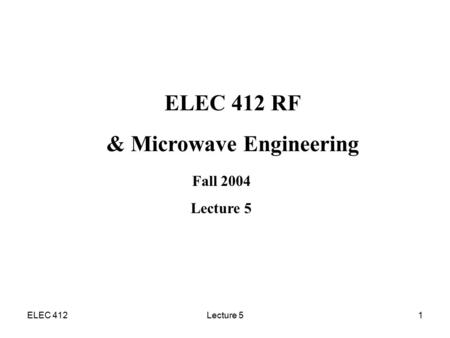