0 Forms of Government and Economic Systems

3 What is Government? Government is a system of social control in which a particular group in society is given the power to make laws and enforce them. Government power can be held by one individual, a few, or a majority.

5 Government’s jobs include:
providing for the security of their country keeping order establishing a system of justice so that people are treated fairly providing welfare services to those in need regulating the economy establishing educational systems ***In extreme cases of governmental regulation, every aspect of people's lives is controlled. This is called totalitarianism. Can you think of a novel that has a totalitarian government?

6 Forms of Government We will be learning about the following forms of government: Democracy Monarchy Theocracy Dictatorship Transitional

7 Economic Systems And a few economic systems…because they are closely connected to governments! Capitalism Socialism Communism

9 Democracy -Supreme power is given to the people.
-Democratic countries have free elections where all citizens have a vote.

11 Monarchy Rule by a single person (a king or queen), who is the permanent head of state. The term is now used to refer to countries with hereditary rulers. This means that rule is passed down from parent to child. Constitutional monarchies are more common today. Under this system, the powers of the king or queen are restricted to those granted in the constitution. Most constitutional monarchies use a parliamentary system in which the king or queen may have strictly ceremonial duties. They often have an elected prime minister who is the head of government.

13 Theocracy In a theocracy, government leaders are members of the clergy (church officials), and the state's legal system is based on religious law. Rulers are thought to be “divinely guided”.

15 Dictatorship A government in which a single leader or party exercises absolute control over all citizens and every aspect of their lives. In most cases, this absolute power is exercised in a cruel way. Other names for a dictatorship include: Autocracy, Military Junta, Right Wing, Authoritarianism, Totalitarianism or Fascism

21 Capitalism An economic system in which individuals and corporations are free to invest in and own all aspect of a business. In a capitalist country, people own their own companies and can manage them to earn a profit.

22 Socialism A political and economic system in which some businesses are controlled by the government rather than by individuals. In a socialist country, people have equal rights to various benefits (health, education), and there is an effort to limit the inequalities of wealth and power. Taxes are often quite high to provide for these benefits.

23 Communism A political and economic system in which the government controls all business. Individual people cannot own property or industries and in theory, people of all social classes are treated equally. Communist countries have totalitarian governments.

27 Let’s Review Democracy is: Monarchy is: Theocracy is:
A government determined by majority of votes in free elections. A democracy has a president as its head of state. USA The Philippines Can take two forms: Traditional and Constitutional. Monarchies are hereditary (passed from one family member to the next). They have a king/queen. In a constitutional monarchy, the king/queen is a figurehead and the prime minister has more power. Monarchy is: Saudi Arabia Great Britain (CM) Theocracy is: A government run by the clergy (officials of a particular church). Their laws are dictated by their religion. The Vatican Iran

28 Let’s Review Dictatorship is: Transitional is:
A government determined by majority of votes in free elections. A democracy has a president as its head of state. North Korea A government that is in the process of changing from one to another. This is a very unstable form of rule. Transitional is: Egypt Syria Iraq 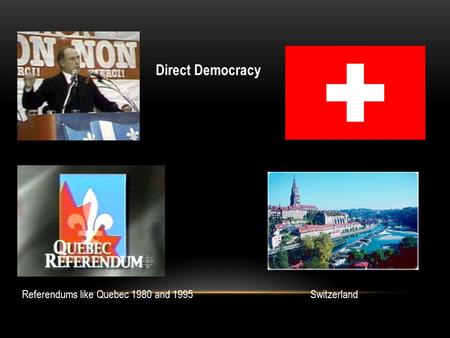 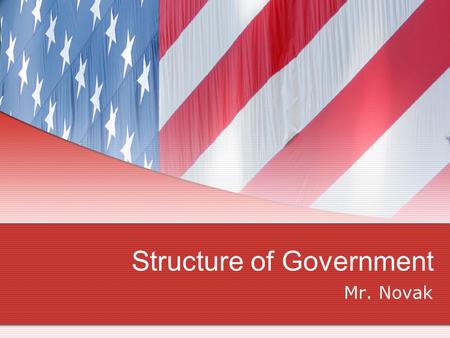 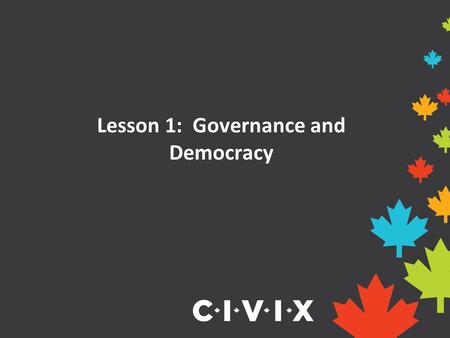 Lesson 1: Governance and Democracy. What is government? Government is made up of the people and institutions put in place to run and manage a country, 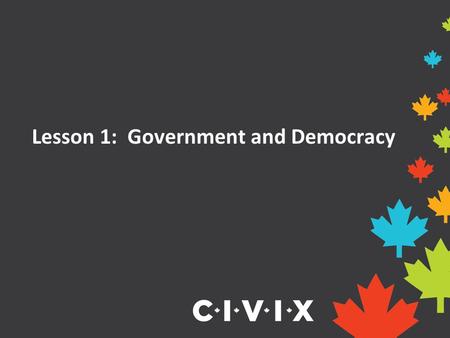 Lesson 1: Government and Democracy. What is government? The role of government is to make decisions and laws for the people living in its country, province, 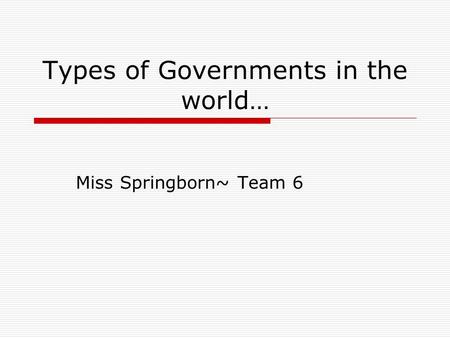 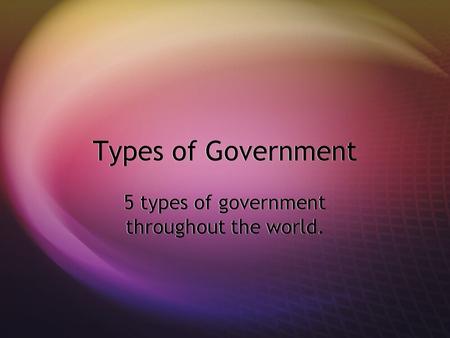 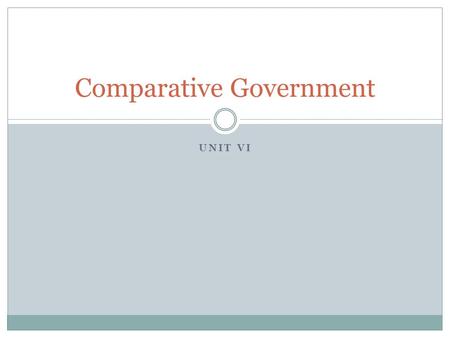 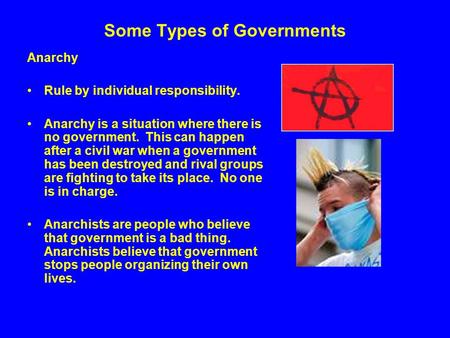