2 How do governments distribute power?

3 Unitary Government System
The central government holds nearly all of the power. Some unitary governments have elected officials who carry out laws without taking the opinions of locals Monarchies are unitary Example; Saudi Arabia

6 How do citizen’s participate in the government?

7 Autocratic Government
One is which the ruler has absolute power to do whatever he wishes and makes and enforces whatever laws he chooses. People have little or no choice. Many different types of autocratic governments Examples:

8 Oligarchy Means “government by the few”
A political party or other small group takes over a government and makes all of the major decisions. People have little choice and go along with decisions these leaders make. Examples: Iran and Syria

9 Democratic Government System
A great deal of power is in the hands of the people. Goal is to have as much individual freedom as possible. Decisions are often made by majority votes. Example: Israel, Iraq

10 DEMOCRACY Parliamentary Presidential
People vote for the political party that they want to represent them. This group is called the Parliament The Parliament makes and carries out laws In many cases Parliament chooses a leader called the Prime Minister Example: Israel Presidential A President or chief executive is chosen separately from the legislature. The legislature is also chosen. Its job is to pass laws. The president is given specific powers. Insert a map of your country.

11 REPUBLIC A Republic is a representative democracy. The people FREELY choose leaders who will represent their views in government. Countries in the Middle East, however, use the term loosely. Many countries that claim to be republics are actually dictatorships. Syria, Lebanon, Turkey, Iraq and *Israel (a true Republic) Insert a picture of one of the geographic features of your country.

12 HEREDITARY MONARCHY In an Absolute Monarchy the king/queen/etc. has total control. Saudi Arabia, Qatar, and Oman are Monarchs. There is no constitution and the king rules for life. The people do not choose the king. Insert a picture illustrating a season in your country.

15 DICTATORSHIP In a dictatorship one person (that is not a monarch) has total control. Can you name a country that was a true example of a dictatorship? Add key points in the history of your country to the timeline.

16 FEDERATION A Federation is a kind of government that joins together groups or smaller governments (like states). The United Arab Emirates is a Federation and is made up of 7 emirates (each with their own “Emir”). An Emir is similar to a ruler. Insert a picture of the head leader of your country. 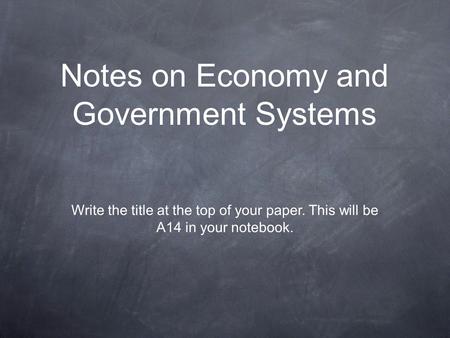 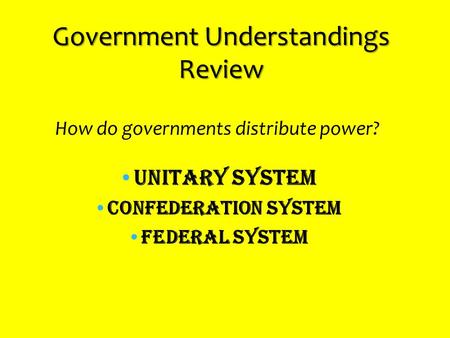 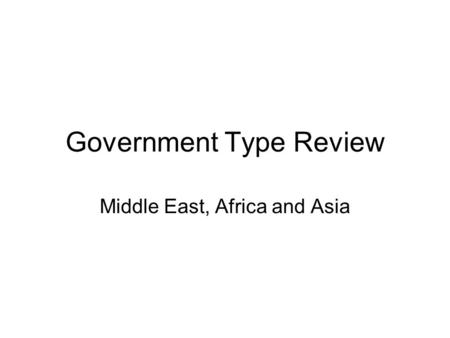 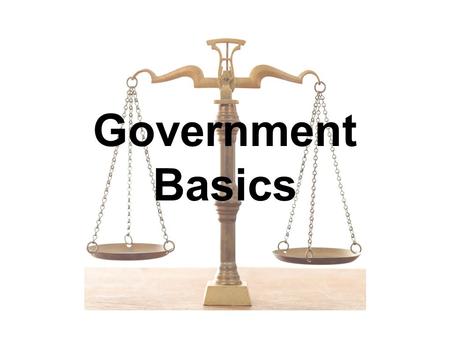