2 Since a long time ago and in any religion, the purpose of weddings were the union between a man and a woman to create a family. Due to the importance of this union every culture celebrated it with different rituals. In Sicily, age, engagement rules and the ritual in church were important.

3 Age to marry Women were able to marry until 18 and men had to be at least 28, however only after they accomplished military service. Young women living most of their life at home always wished to find a husband.

4 Engagement Engagement was usually driven by the guy’s mother who would choose the bride without even telling his son. Engagement would also be possible if the young man fell in love with the girl.

5 Dowry Before wedding, the parents would price the eventual dowry made up of the bride’s “kit”.

7 The wedding Wedding always took place on Sunday or during some festivity just like the saint protector’s. The parade started from the bride’s house, the bride was later accompanied by her relatives to the church. Wedding supper, after the ritual and celebration, was rich of helpings and it lasted until evening.

10 Elopement It was a way obliged to arrive at the marriage wanted by two young, but handed by families and consisted in the fact that the two young people fled from their homes and remained three days alone to consummate the marriage and put the families faced with the fait accompli, forcing them to agree to the wedding. In this case there were neither parties nor dancing.

12 Wedding dresses of the 19th century

13 The rice The launch of the rice on the bride and groom at the exit of the Church is considered a good omen of wealth and joy. In some countries they also throw coins and confetti.

14 The bouquet The bouquet is the last gift offered by the Groom to the Bride and it closes the stage of engagement. At the end of the wedding banquet it is launched by the Bride among all unmarried girls: who catches it, will get married within the year.

15 Rings Rings have been a symbol of loyalty since the times of old Egyptians. According to the tradition it is the groom who buys them and keeps them until the marriage, but sometimes the witnesses give them to the couple. The ‘’pages’' ( young children) usually bring them to the altar.

17 The Weddings today Today many traditions about weddings have been lost, such as the dowry or the confetti to start the engagement. Moreover and fortunately family is no longer involved in the choice of the groom or the bride. The wedding day consists of a ceremony in the Church, which still maintains its sacred and legal value, followed by a wedding banquet with family and friends. 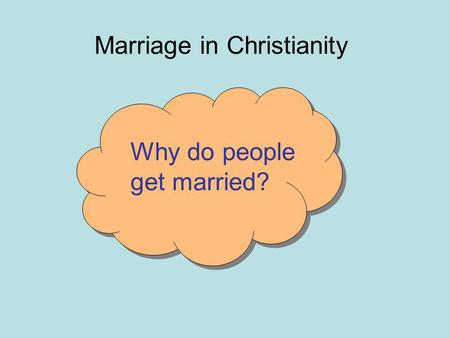 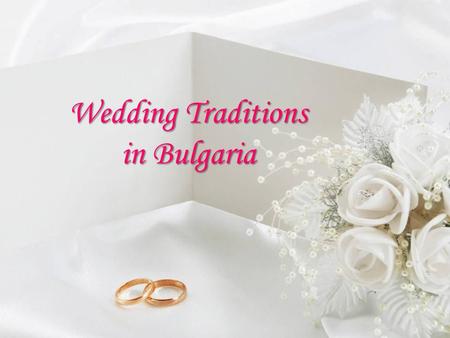 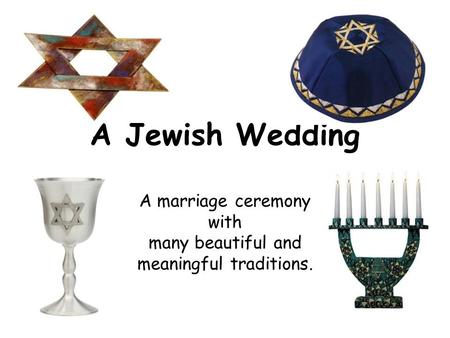 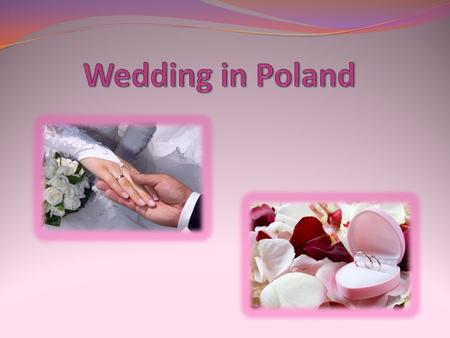 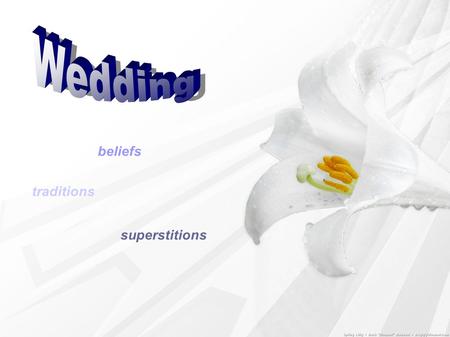 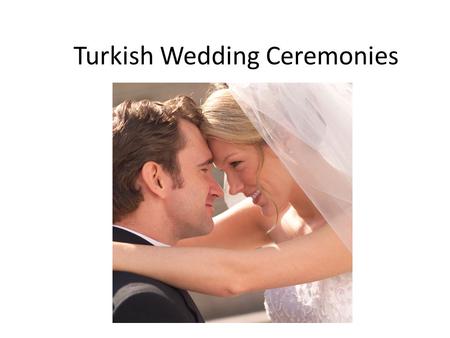 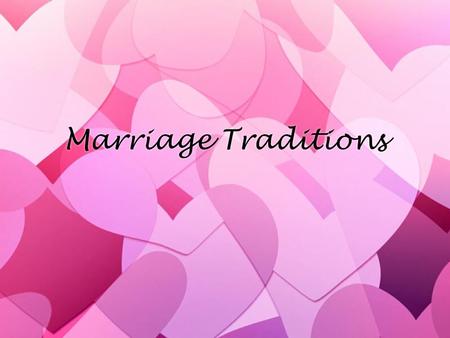 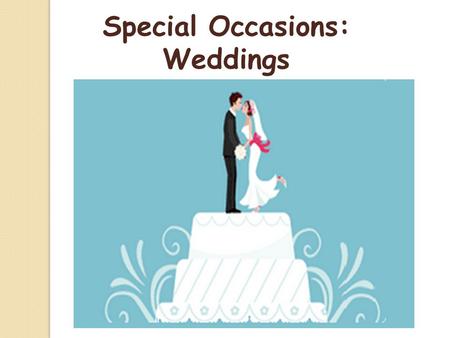 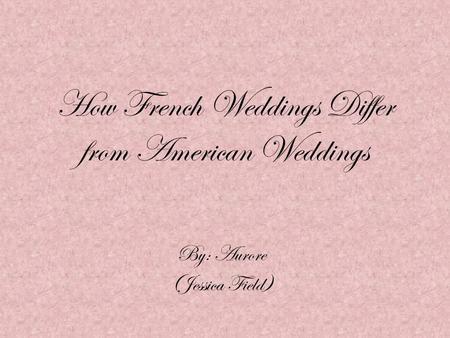 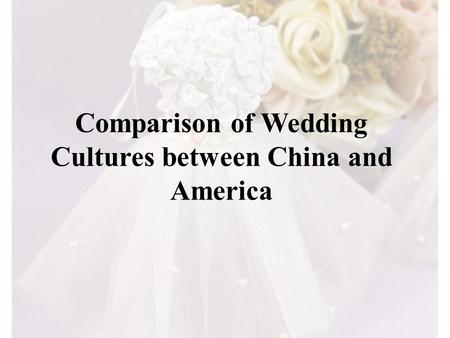 Comparison of Wedding Cultures between China and America 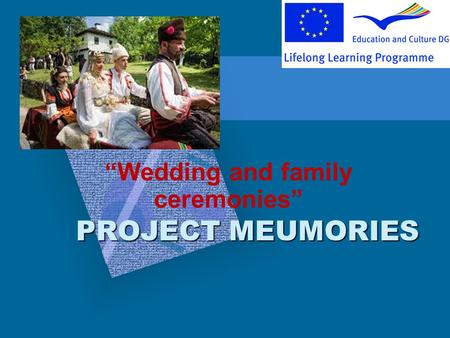 PROJECT MEUMORIES Wedding and family ceremonies. Many of the Bulgarian ancient ceremonies, including the wedding traditions, are still practiced today, 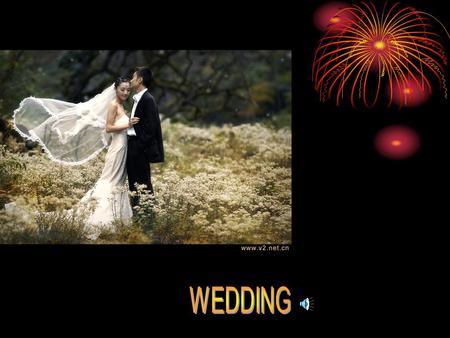 How much do you know about wedding? bride bridegroom. 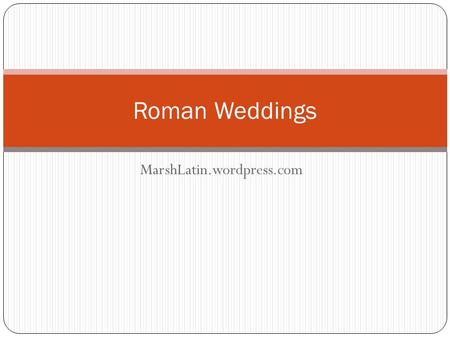 MarshLatin.wordpress.com Roman Weddings. What could the customs and traditions of ancient Roman weddings possibly have in common with your own stylish, 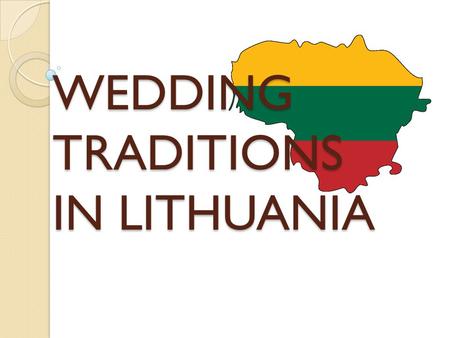 WEDDING TRADITIONS IN LITHUANIA. Lithuania is an old country with wedding traditions that stretch back hundreds of years. 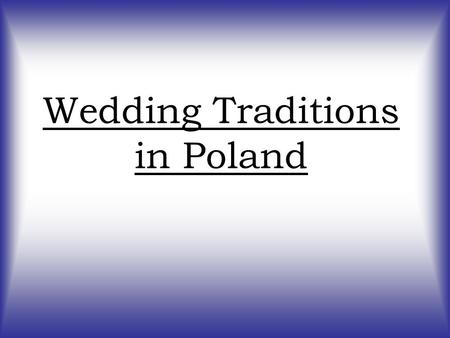 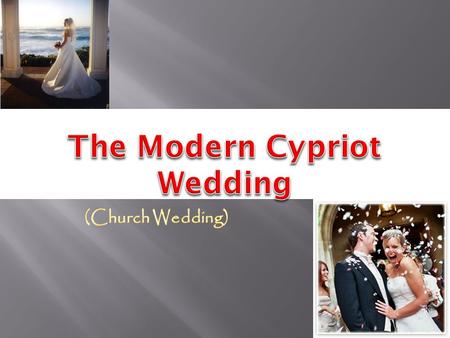 People fall in love and when the right time comes they decide to spend their life together. Usually the man proposes to the woman in a romantic way by. 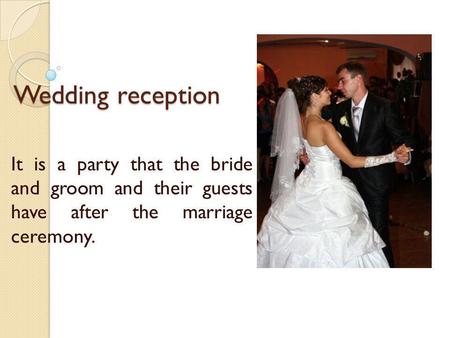 Wedding reception It is a party that the bride and groom and their guests have after the marriage ceremony. 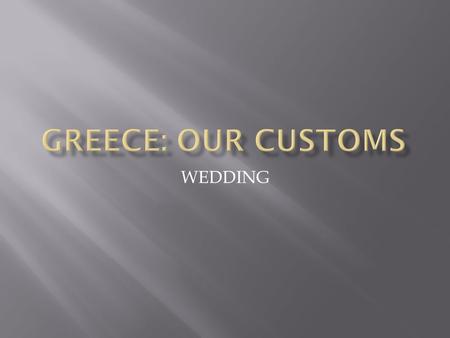 WEDDING. Wedding dresses might have changed over the years, but some customs are still very alive in our region… 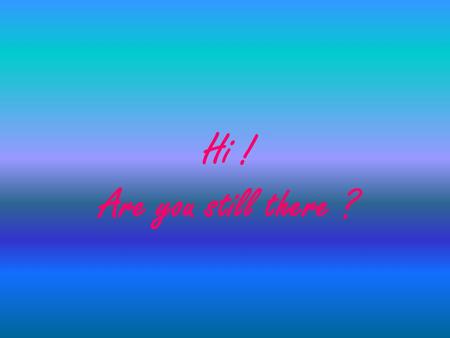 Hi ! Are you still there ?. Marriage in France In France, young people can marry even if their parents do not agree. You can get married before you are. 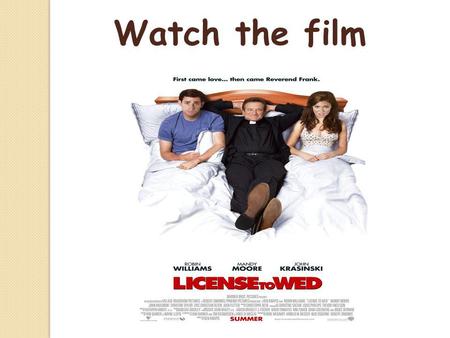 Watch the film. Special Occasions: Weddings Check your exercises a. choose a best man and some bridesmaids b. buy a white dress c. buy a ring d. sing.