Presentation on theme: "There were several methods used to prevent African Americans from voting after the passage of the 15 th."— Presentation transcript:

5 There were several methods used to prevent African Americans from voting after the passage of the 15 th Amendment including: Requiring citizens to pay $2 *poll tax- a fixed amount that had to be paid before a person could vote. A literacy test And the *grandfather clause- allowed any man whose ancestors had voted before Reconstruction to vote, essentially eliminating all African Americans in the South from voting. Disenfranchising African Americans

6 In the South, *segregation- the separation of the races, was different from that in the North because it was enforced by laws that perpetuated discrimination. These laws were known as *Jim Crow laws- laws created in the South to enforce segregation forcing blacks and whites to use separate facilities. The Supreme Court set the stage for legalized segregation when it overturned the *Civil Rights Act of 1875 The Supreme Court worsened the situation with the *Plessy v. Ferguson case, where court endorse a legal doctrine of “separate but equal” and established the legal basis for segregation in the South. The Plessy decision established de jure segregation- segregation based on law in the South Legalizing Segregation

7 *Ida B. Wells- a fiery young African American woman from Tennessee, launched a fearless crusade against *lynching-executions carried out by mobs without proper court proceedings. *Booker T. Washington- Washington was a former slave and notable African American leader during the Progressive Era. He founded the Tuskegee Institute and advocated blacks advancing themselves through economic freedom attained by excelling in teaching, agriculture and blue-collar fields. He did not oppose segregation and was greatly criticized by other African American leaders like W.E.B. Dubois. Urged African Americans to postpone the fight for civil rights in his Atlanta Compromise speech. Legalizing Segregation

8 On September 18, 1895 Booker T. Washington, the noted African-American educator who was born a slave in 1858, spoke before the Cotton States and International Exposition in Atlanta. His Atlanta Compromise address, as it came to be called, was one of the most important and influential speeches in American history. Acutely conscious of the narrow limitations whites placed on African Americans‘ economic aspirations, Washington stressed that blacks must accommodate white people’s—and especially southern whites’—refusal to tolerate blacks as anything more than sophisticated menials.

9 In 1895, Booker T. Washington gave what later came to be known as the Atlanta Compromise speech before the Cotton States and International Exposition in Atlanta. His address was one of the most important and influential speeches in American history, guiding African- American resistance to white discrimination and establishing Washington as one of the leading black spokesmen in America. Washington’s speech stressed accommodation rather than resistance to the racist order under which Southern African Americans lived.

11 The most influential public critique of Booker T. Washington’s policy of racial accommodation and gradualism came in 1903 when black leader and intellectual W.E.B. DuBois published an essay in his collection The Souls of Black Folk with the title “Of Mr. Booker T. Washington and Others.” DuBois rejected Washington’s willingness to avoid rocking the racial boat, calling instead for political power, insistence on civil rights, and the higher education of Negro youth.

12 “Of Mr. Booker T. Washington and Others,” 1903 The other class of Negroes who cannot agree with Mr. Washington … feel in conscience bound to ask of this nation three things. 1. The right to vote. 2. Civic equality. 3. The education of youth according to ability. *W.E.B. DuBois-argued that African Americans could achieve full equality only by demanding their rights

13 W.E.B. DuBois was the first black PhD from Harvard and advocated legal, social and political activity on the part of African Americans. He started the Niagara Movement and was the key figure in the founding of the NAACP.

Download ppt "There were several methods used to prevent African Americans from voting after the passage of the 15 th." 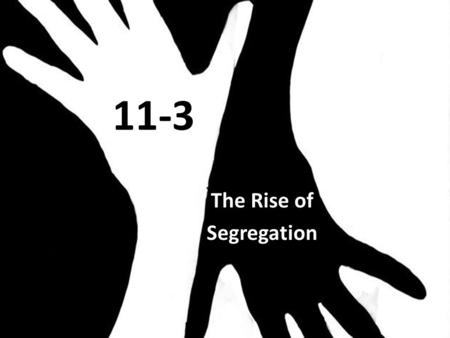 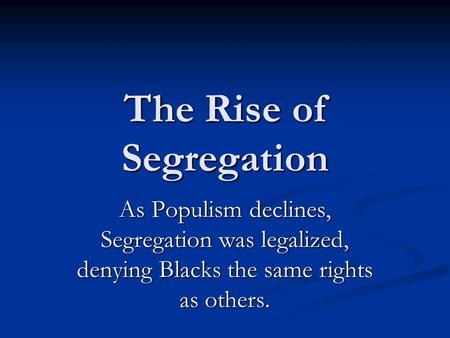 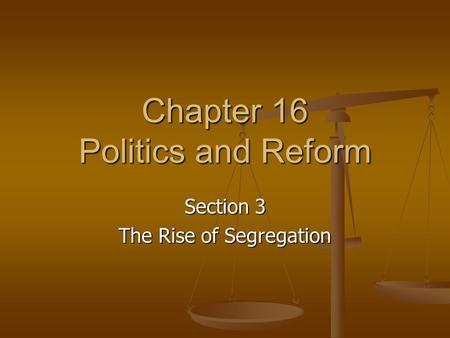