Presentation on theme: "On the Road to Revolution.  After repealing the Stamp Act, Parliament had to raise revenue  Quartering Act not working New York refused to pay to house."— Presentation transcript:

1 On the Road to Revolution

4  Protest turned into a mob riot outside customs house on Kings St. in Boston  5 people die after shots fired by soldiers The Sons of Liberty call them martyrs for freedom  Including Crispus Attucks  Colonists use the event as propaganda to gain support from other colonies against the British  Soldiers did receive a fair trial and were acquitted

6  British government sought to punish the colonists for Boston Tea Party British called the Coercive Acts  Colonists call them Intolerable Acts  Laws not received well in colonies Closed port of Boston until lost tea was paid for Banned committees of correspondence Allowed British to house troops wherever needed British officials accused of crimes in the colonies would stand trial in Britain  Parliament appointed a military General as Governor of Mass. to enforce the acts

7  All colonies except Georgia meet as the 1 st Continental Congress  Massachusetts John Adams  Virginia Patrick Henry  Outspoken defenders of colonial rights (quoted above) George Washington  Debated & rejected a plan to compromise & reconcile with Great Britain “The distinctions between Virginians, Pennsylvanians, New Yorkers, & New Englanders are no more…I am not a Virginian, but an American.”

Download ppt "On the Road to Revolution.  After repealing the Stamp Act, Parliament had to raise revenue  Quartering Act not working New York refused to pay to house." 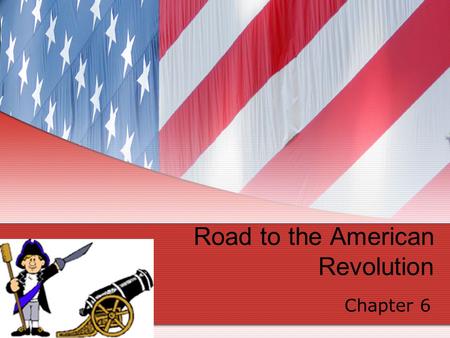 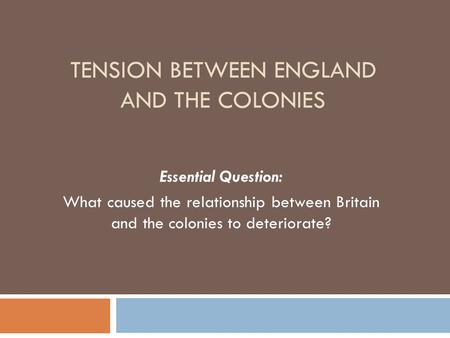 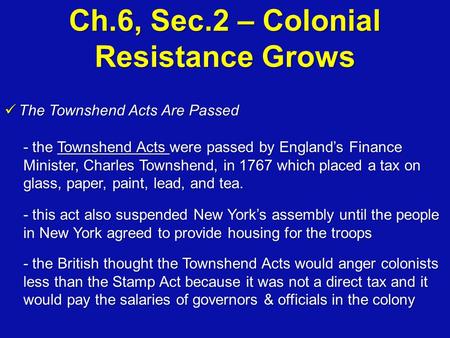 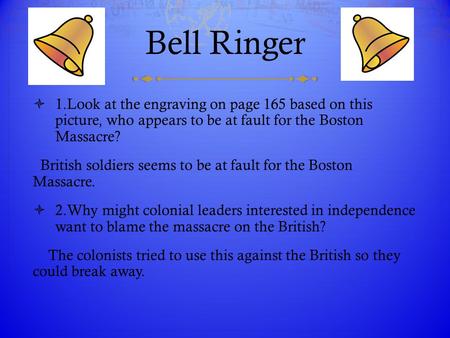 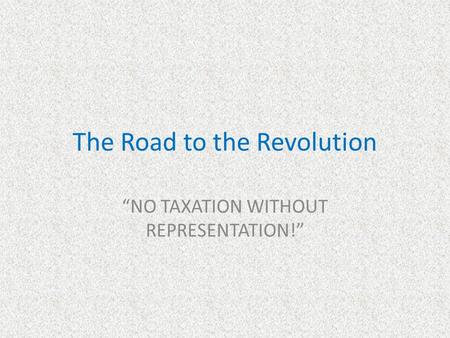 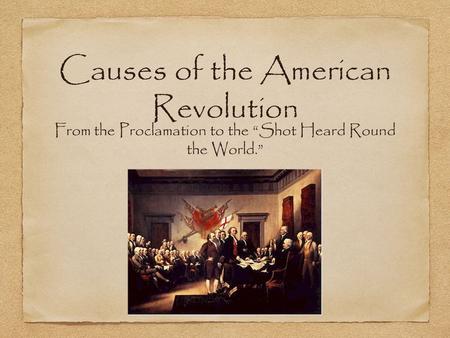 England tightens control over the colonies. After the French and Indian War, Britain wanted to govern all its landholdings in North America equally King. 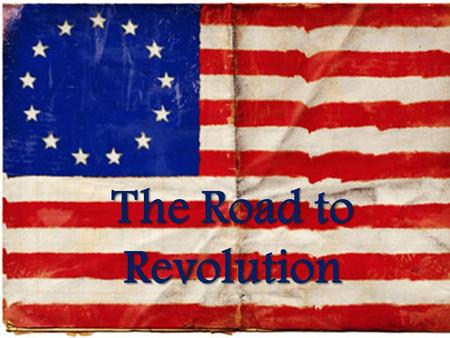 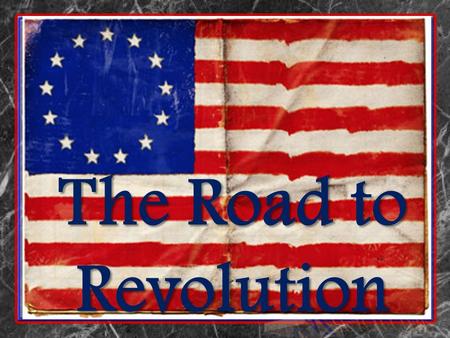