2 Forces A push or pull that acts on an object
Can cause an object to start moving or it can change an object’s acceleration Measured in Newtons (N) Force is a vector ~ shows direction and magnitude Net force is the overall force acting on an object after all forces have been combined.

8 Fluid Friction Force that opposes an object’s motion through a fluid (liquid or gas) Force increases as the object’s speed through the fluid increases When fluid friction acts on objects moving through the air, it is called air resistance.

11 Projectile Motion The motion of a falling object (called the projectile) after it has been given a forward velocity (example: throwing something forward) Air resistance and gravity act on the object. Because of the forward velocity and the downward gravitational force, the object will follow a curved path. 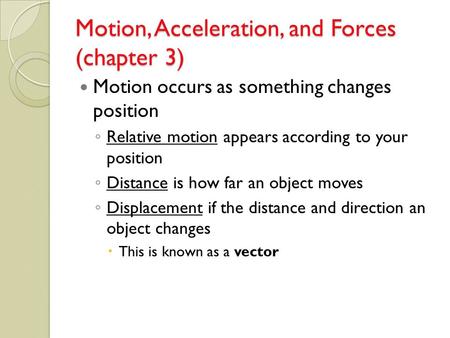 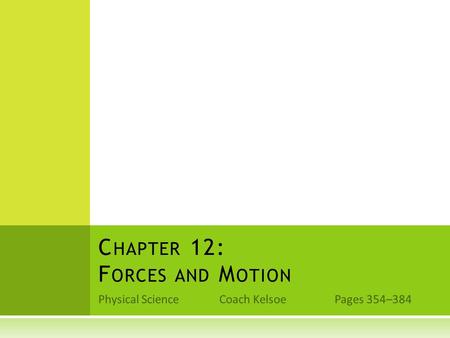 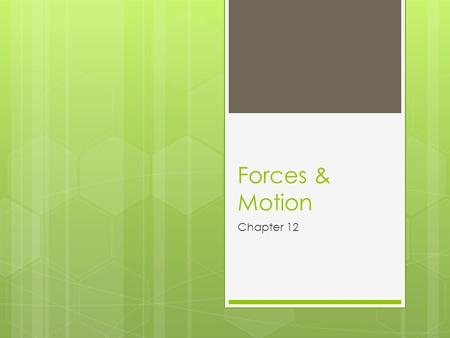