1 Chapter 3.1 Chemistry of Life….  Atom – basic unit of matter It is the simplest unit of matter with its own physical and chemical properties Made up of sub atomic particles Neutrons (+/-) Protons (+) Electrons (-)  The number of electrons and protons are the same  giving the atom a neutral charge

6 Elements  Composed of entirely the same type of atoms More than 100 elements 90 % of living things are composed of Oxygen, Carbon, Hydrogen, and Nitrogen Each element has a symbol Arranged in the periodic table

12 Covalent Bonds  Def. – a bond that forms when two atoms share one or more pairs of electrons  SHARING OF ELECTRONS  Molecules A chemical structure composed of one or more atoms Water – it is always one 2 hydrogen atoms and 1 oxygen atoms

14 Ionic Bonds  An ionic bond is formed when one atom gives up an electron to another. The positive ion is then attracted to a negative ion to form the ionic bond

Download ppt "Chapter 3.1 Chemistry of Life….  Atom – basic unit of matter It is the simplest unit of matter with its own physical and chemical properties Made up of." 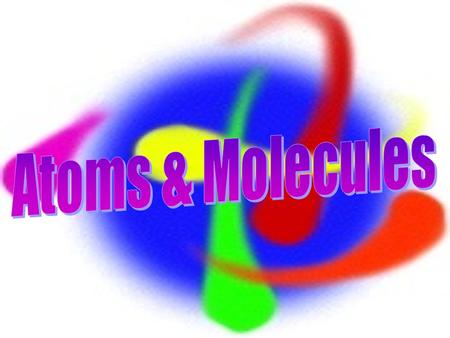 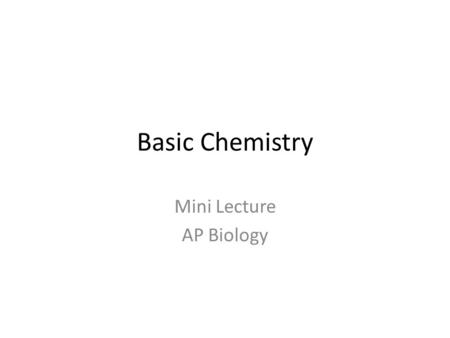