3 Science as a Way of Knowing How should you think about science? Science is an ongoing process –Involves asking questions –Observing –Making inferences –Testing hypotheses

5 Let’s Break it Down….. 1. Identify the Problem –Make observations using five senses Quantitative –Expressed as numbers, counting, or measuring Qualitative –Descriptive and involve characteristics that cannot be counted –Collect information –Develop a question you can test *A scientist observed maggots “appearing” on raw meat –He wondered how did this happen? *Question for experiment* What is the cause or source of the maggots on the meat?

7 How do we know what the IV and DV are? variables- 2 kinds Independent variable- the factor the experimenter adjusts ( what “I” change) –AKA Manipulated Variable Dependant variable- the result (data your collecting) –AKA Responding Variable

8 Breaking down…. 3. Design and Conduct the experiment –List materials needed –Make sure it is a valid procedure Experiment is not biased (one sided) –Indentify Variables : IV, DV, constants, control IV- what “I” change DV- ‘D’ata you collect Constants- what needs to stay the same to make the experiment valid Control- ‘the original’ unchanged test subject that the IV is compared to –Record observations –Collect Data –Multiple trials

10 Breaking it down… 4. Analyze Data –Organize data into charts, graphs and tables –Identify if the data supports the hypothesis *In a lab report you put what you see in your graphs, charts and tables into complete sentences!!!!!!!! * This shows your understanding of the data gathered

11 Data tables and Graphing CREATING A GRAPH – depends on your variables! –Bar Graph, Line Graph (single or multi –line) or Pie Graphs X-axis is the IV (unless multi-line) and Y-axis is the DV Multi-line graphs have a Key ( which is IV) and time always goes on x-axis!

12 Last break down…. 5. Develop Conclusion –Make clear, concise statement based on results; written as a restatement of the hypothesis –Accept/reject the hypothesis and explain why –Communicate results –Identify sources of error –Determine the need for further research *Maggots form only when flies come in contact with meat, so his hypothesis “flies produce maggots” was correct. Spontaneous generation of maggots did not occur. 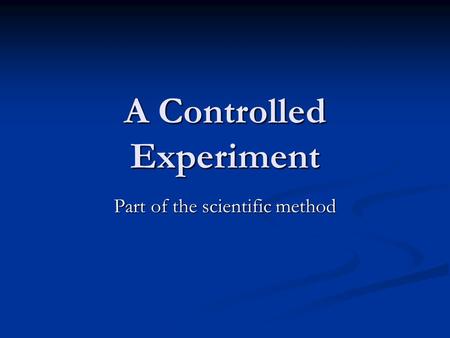 A Controlled Experiment Part of the scientific method. 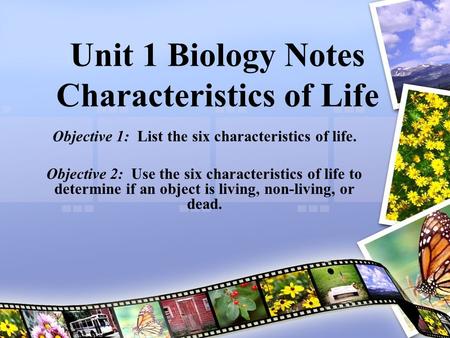 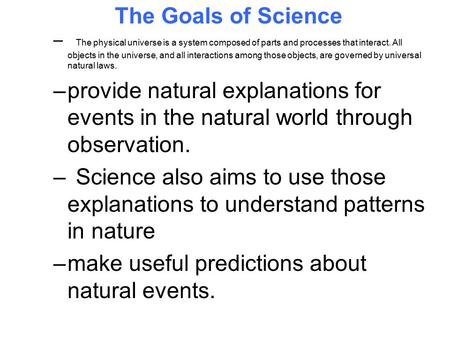 The Goals of Science – The physical universe is a system composed of parts and processes that interact. All objects in the universe, and all interactions. 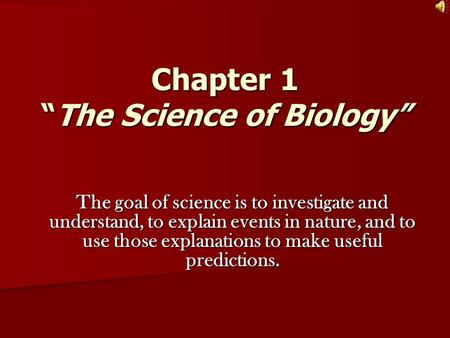 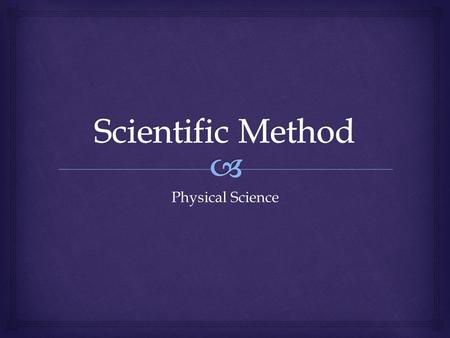 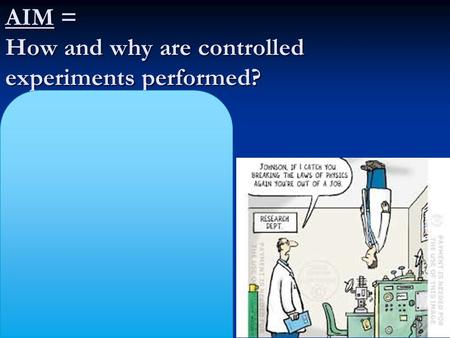 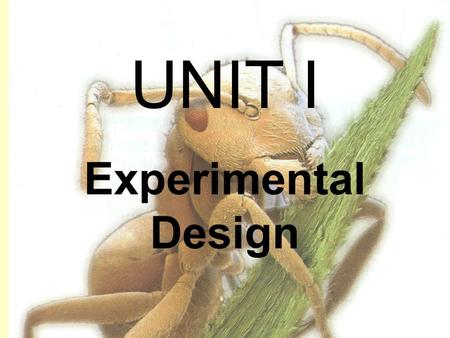