3 Is the information credible? Ask yourself some questions: o How does the author know these details? o Was the author present at the event or soon on the scene? o Where does this information come from—personal experience, eyewitness accounts, or reports written by others? o Are the author's conclusions based on a single piece of evidence, or have many sources been taken into account?

4 Why do we need to worry about a source being creditable? When we do not insure that the information we are using is worthy of being used, we run the risk of corrupting all of our conclusions.

6 Primary Sources Diaries and Journals ▫Example: Anne Frank was a teenager during World War II. She kept a diary or journal the years before she died in a concentration camp. Her diary was later published as the “Diary of Anne Frank”. This is a primary source.Diary of Anne Frank ▫Example: Sarah Morgan was young woman during the Civil War. She wrote in her diary or journal what happened to her and her family during the war. This is a primary document because it was first hand. She wrote it at the time it happened. ▫Sarah Morgan Dawson: A Confederate Girl's DiarySarah Morgan Dawson: A Confederate Girl's Diary

9 Primary Sources Historical documents such as the Declaration of Independence or the Constitution are primary documents. They were drafted and signed. Other primary sources would be: birth certificates government records deeds court documents military records tax records census records art

10 Primary Sources Published first-hand accounts, or stories are considered primary resources. ▫Example: 2008 Presidential candidate Senator John McCain talked about his “own” experiences as a Vietnam prisoner of war. It is a primary source because he was there, experienced the events and shared it first hand. ▫Television stations found footage of Senator McCain at the time that he was freed. Those videos are also considered primary sources because they were filmed when he was he obtained his freedom.

14 Primary Sources Letters are considered primary documents. ▫Example: Soldiers during wars wrote to their families about war events they experienced.

18 Secondary Sources Examples of secondary sources include: a journal/magazine article which interprets or reviews previous findings a history textbook a book about the effects of WWI reference books: encyclopedias, special historical dictionaries, and historical atlases

19 Secondary Sources Biography A biography is a writing of another person’s life. Alice Fleming wrote a biography on the life of Martin Luther King Jr. 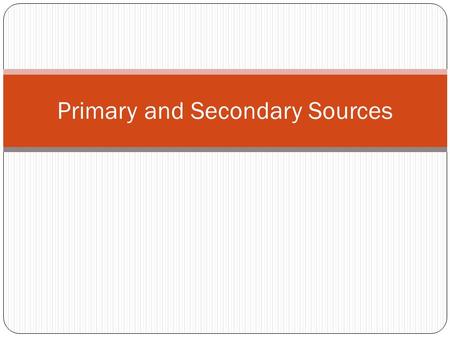 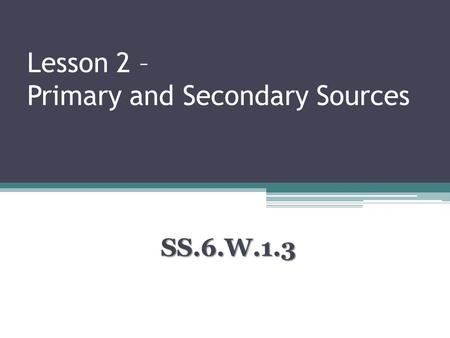 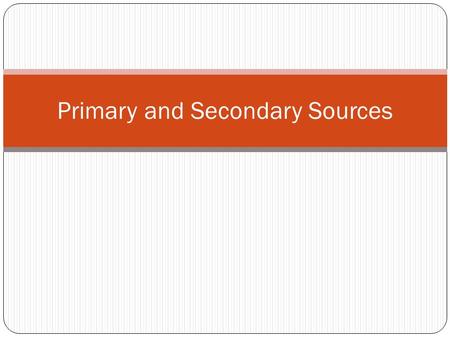 Primary and Secondary Sources. Primary Source A primary source is a document or physical object which was written or created during the time under study. 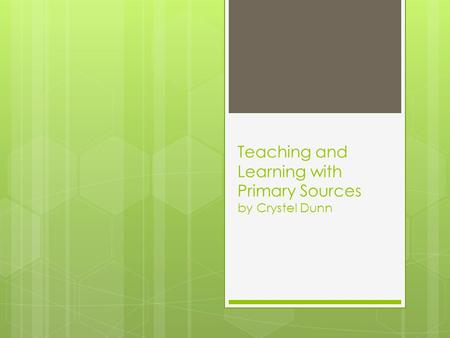 Teaching and Learning with Primary Sources by Crystel Dunn. 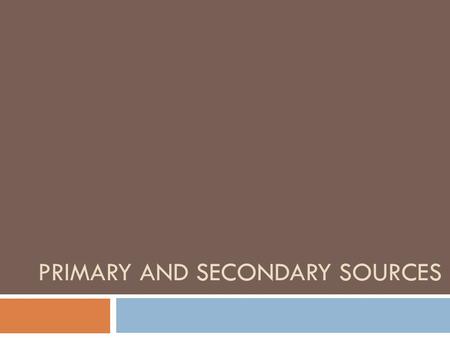 PRIMARY AND SECONDARY SOURCES. Primary Sources A primary source is a document or physical object which was written or created during the time under study. 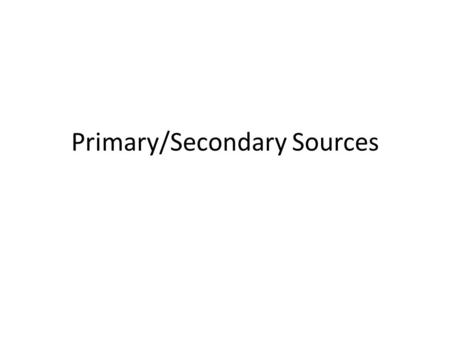 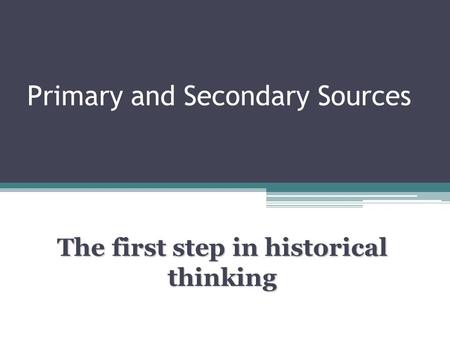 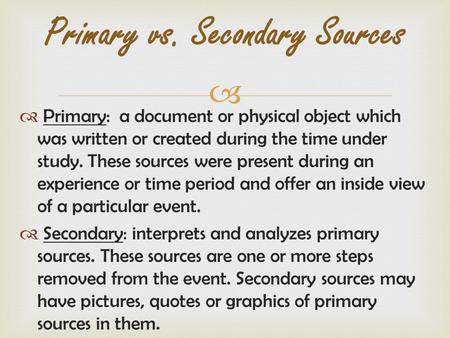   Primary: a document or physical object which was written or created during the time under study. These sources were present during an experience or.