2 1. What is a basic way citizens of a democratic nation can influence the government?
A. voting B. working C. obeying laws D. consuming goods

3 2. Who makes most of the important governmental decisions in an autocracy?
A. the ruler B. the people C. the court system D. the elected legislature

4 3. Which Southwest Asian country could be described as an autocracy?
A. Iraq B. Israel C. Turkey D. Saudi Arabia

5 4. Who makes most of the important governmental decisions in an oligarchy?
A. the king B. the people C. the legislature D. a small group of powerful leaders

6 5. Why do the individual voters have more power in a democracy than they do in an autocracy or an oligarchy? A. kings are always cruel rulers. B. The voters get to choose the people who make the laws. C. All of the power stays in the hands of the local governments. D. Voters in democratic countries always choose qualified leaders.

7 6. Which Southwest Asian country has a democratic form of government?
A. Iran B. Israel C. Kuwait D. Saudi Arabia

8 7. If the Saudi royal family controls the government of Saudi Arabia, and the king is the ruler, what type of government is this? A. unitary B. federation C. confederation D. parliamentary

9 8. If the Saudi royal family controls the government of Saudi Arabia, and the king is the ruler, which best describes Saudi Arabia’s government? A. democracy C. monarchy B. dictatorship D. oligarchy

10 9. In which system of government does the legislature select the executive leader of the government?
A. democratic B. communist C. parliamentary D. Totalitarian

11 10. Which statement about Israel’s parliamentary system of government today is true?
A. Members of both houses of Parliament are elected for life. B. The queen decides which laws Parliament will debate. C. Members of Parliament do not belong to political parties. D. The prime minister is not directly chosen by voters.

12 11. Which branch of government is responsible for making and carrying out the laws in a parliamentary system of government? A. executive B. judicial C. legislative D. the monarch

13 12. The leader of a parliamentary system is often called the
A. king B. president. C. governor. D. prime minister.

14 13. The leader of a parliamentary system is chosen by?
A. the king B. a popular vote of the people C. a decision of the national courts D. the political party with the most representatives in the legislature

15 14. The Head of State in a parliamentary system is often a person who has
A. no actual power. B. a veto for laws passed by the legislature. C. the most power in the national government. D. a ceremonial role without much actual power.

18 17. What role do religious leaders play in the Israeli government?
A. They have some influence in making laws. B. They are not allowed to run for political office. C. Religious leaders always control which candidates are elected. D. They are guaranteed a certain number of representatives in each election.

22 21. How long does a monarch rule?
A. one elected term B. a term of 10 years C. as long as Parliament allows him to rule D. until he dies or chooses to give up power

23 22. What role do the people play in a government that is a monarchy like that of Saudi Arabia?
A. They have the power to vote a ruler out of office. B. The people get to approve the laws made by the ruler. C. They are guaranteed certain rights by their written constitution. D. They have little influence, as the ruler makes most decisions.

24 23. What is Sharia law? A. laws made by the king alone B. laws based on Parliamentary democracy C. laws based on the teachings of the Qur’an D. laws calling for a separation of church and state

26 25. Why is Iran sometimes called a theocratic republic?
A. Iran’s religious leaders make all the laws for the country. B. Religious leaders decide which Iranian citizens can vote. C. The people of Iran have no say in choosing their government leaders. D. Iran’s government is led by both an elected parliament and powerful religious leaders.

27 26. What is an Ayatollah? A. a Christian priest B. a Shi’a religious leader C. The title of a local governor D. a leader of a Jewish congregation

29 28. What issue led to the split between the Sunni and Shi’a in Islam? A. The Shi’a believed only Arabs could be Muslims. B. Arguments began over what should be included in the five Pillars. C. The Shi’a wanted to change the direction of prayer to Jerusalem rather than Mecca. D. They disagreed over who should lead the Muslim community after the death of Muhammad.

32 31. In Nigeria’s government, power is divided between Central and regional authorities. This is an example of which government type? A. Unitary B. Confederation C. Federal

33 32. In a unitary government system, most of the power is in the hands of the
A. individual voters B. king and advisors C. local governments D. central government

34 33. Which of the following countries would be a good example of a unitary government?
A. Israel B. Lebanon C. Saudi Arabia D. the United States

36 35. Which Southwest Asian country would be a good example of a federal system of government?
A. Iran B. Israel C. Kuwait D. Saudi Arabia 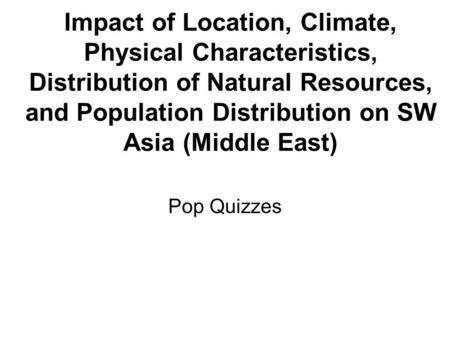 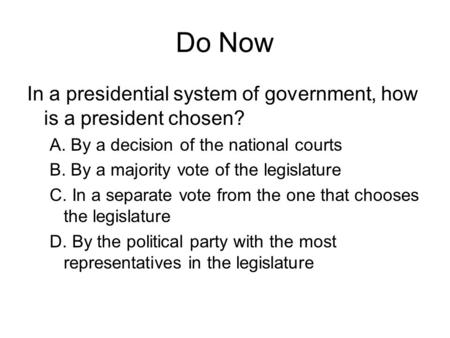 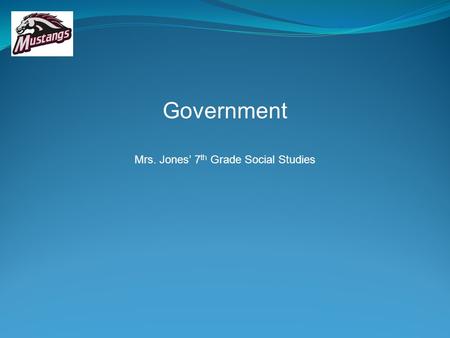 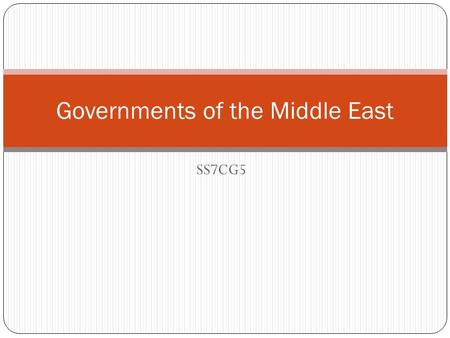