2 Essential Questions Why is the Federal Judiciary set up the way that it is? How has/does the Judicial Branch affect(ed) American society? What does it mean that we enjoy “relative” rather than “absolute” rights?

3 Outline 1) Judicial Review 2) Structure 3) The Supreme Court
A) Process B) Landmark Cases C) Freedom of Speech 4) Putting it all together Found In: Article III in the Constitution Chapters in your textbook

4 Discussion Question “WE ARE A NATION OF LAWS”
What are the implications of this statement? What does this mean?

7 Article III The Judges, both of the supreme and inferior Courts, shall hold their Offices during good Behavior, and shall, at stated Times, receive for their Services, a Comprehension, which shall not be diminished during their Continuance in Office. “…during good Behavior” a.k.a. life

19 Supreme Court of the United States
Ultimate court of appeals in the U.S. Does not deal with guilt or innocence

22 Session Cases are heard with all the Justices sitting together in open court. Majority, Concurring, and Dissenting Opinions 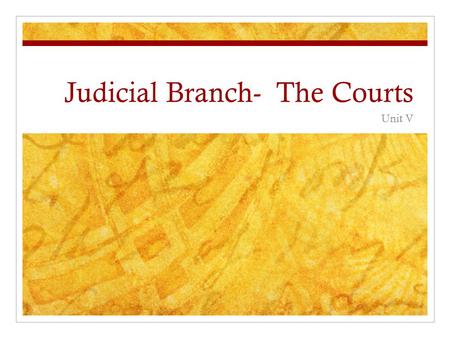 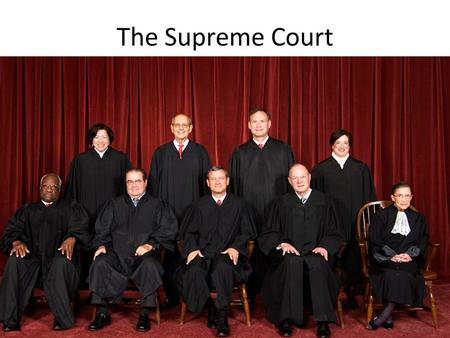 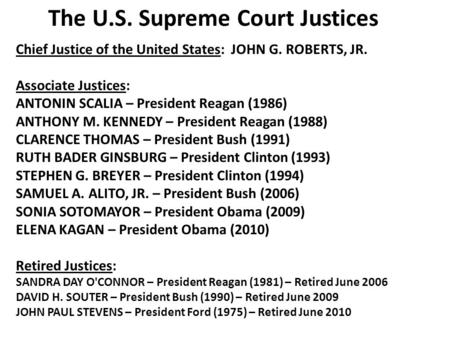 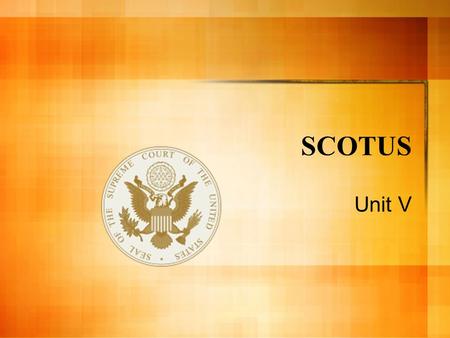 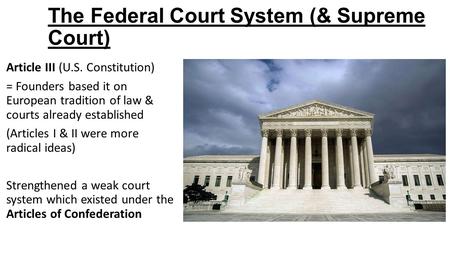 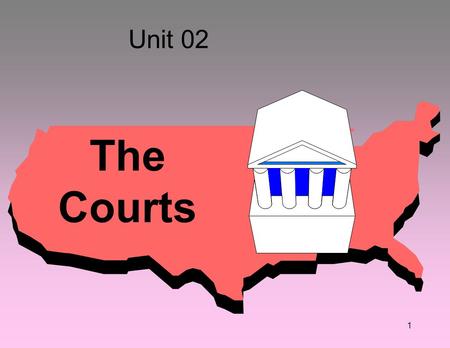 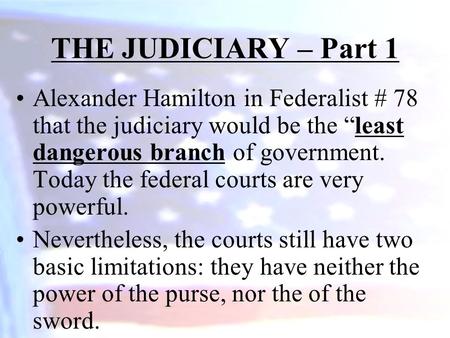 Alexander Hamilton in Federalist # 78 that the judiciary would be the “least dangerous branch of government. Today the federal courts are very powerful.