2 The Water Planet More than 70% of Earth’s surface is covered with water. Because of this, Earth is called ‘the Water Planet.’ It is also called this because water is found in all three forms: Solid Liquid Gas Water is a renewable resource because it is circulated in the water cycle.

6 Water Cycle After precipitation has fallen, water will accumulate in low-lying areas Rivers and streams Ravines Lakes It can also be absorbed by the ground and accumulate underground in aquifers.

10 Earth’s Oceans Oceans cover about 75% of Earth’s surface. What are the 5 oceans of the world?

11 Ocean Water Ocean water is a mixture of many different chemicals that help to support the life found in it. Dissolved Gases Dissolved Solids Different properties also affect the composition of the water Salinity Temperature Density

13 Where do these gases come from? Since these three gases are found abundantly in the atmosphere, that is where most of the gases come from. Other sources include: Rivers/streams Underwater volcanoes Marine (ocean) organisms

15 Carbon Sinks A carbon sink is a natural or artificial reservoir that collects and stores a carbon compound. Ocean water contains more than 60 times more carbon than the atmosphere. This is important because CO2 in the atmosphere acts as greenhouse gas and too much can lead to a rise in global temperatures.

19 Salinity Salinity is the measurement of the amount of dissolved salts in a liquid. Salinity can be changed by several factors: Temperature Precipitation Density (More in-depth discussion later this week)

Download ppt "Or Water, Water Everywhere. The Water Planet More than 70% of Earth’s surface is covered with water. Because of this, Earth is called ‘the Water Planet.’" 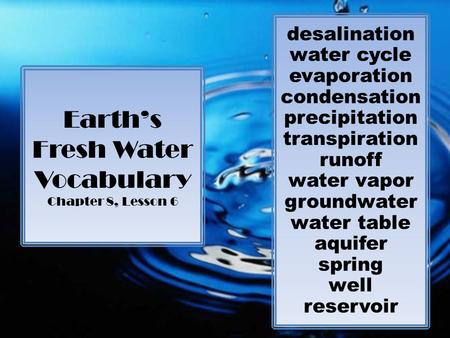 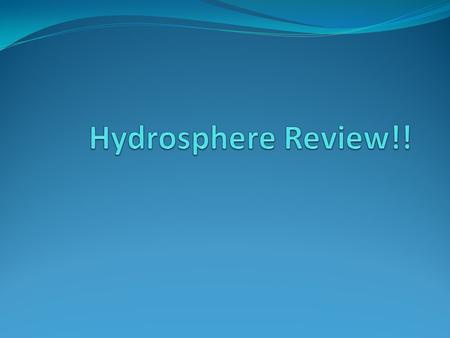 What is “transpiration?” A. Water to gas B. Gas to water C. Evaporation from plants D. Water falling from clouds. 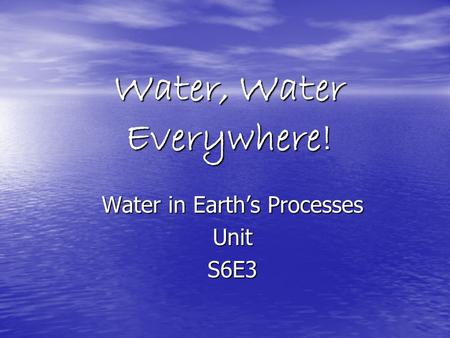 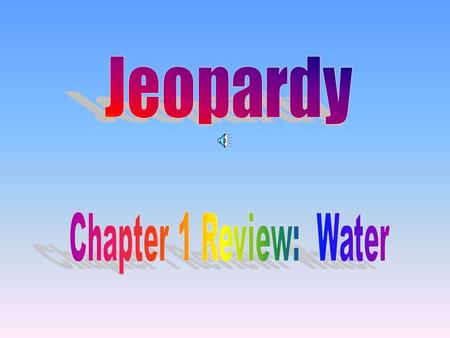 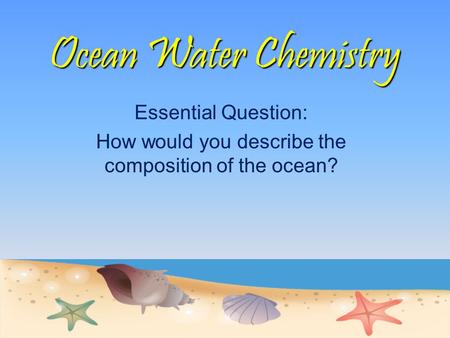 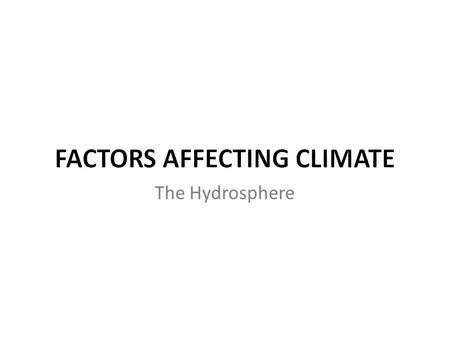 The Hydrosphere. All the different forms of water on Earth. 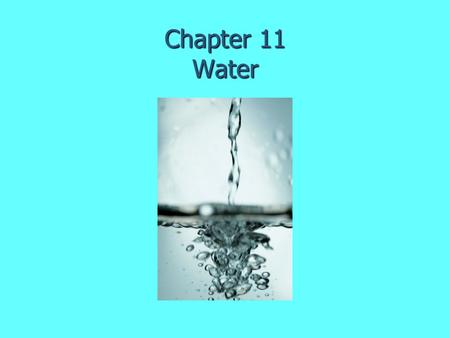 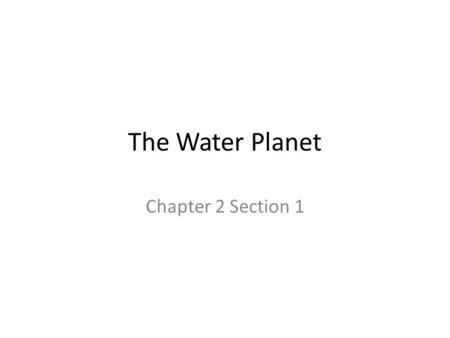 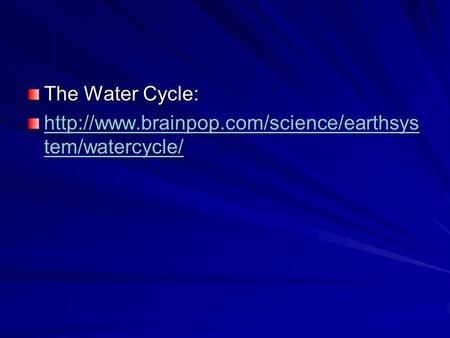