3 Plot (definition) Plot is the organized pattern or sequence of events that make up a story. Every plot is made up of a series of incidents that are related to one another.

4 1. Exposition This usually occurs at the beginning of a short story. Here the characters are introduced. We also learn about the setting of the story. Most importantly, we are introduced to the main conflict (main problem).

5 2. Rising Action This part of the story begins to develop the conflict(s). A building of interest or suspense occurs.

9 Making Inferences Writers often tell you more than they say directly. They give you hints or clues that help you "read between the lines." When you infer, you go beyond the surface details to see other meanings that the details suggest or imply (not stated). When the meanings of words are not stated clearly in the context of the text, they may be implied - that is, suggested or hinted at. When meanings are implied, you may infer them.

10 Plot: Conflict Conflict is the dramatic struggle between two forces in a story. Without conflict, there is no plot.

11 Types of Conflict Man vs. Man Man vs. Self Man vs. Society
Man vs. Nature Man vs. Fate/Supernatural Man vs. Technology

13 Internal Conflict A struggle that takes place in a character's mind is called internal conflict. For example, a character may have to decide between right and wrong or between two solutions to a problem. Sometimes, a character must deal with his or her own mixed feelings or emotions. Man vs. Himself

17 Character Protagonist - the leading character, hero, or heroine of a drama or other literary work. Antagonist - a person who is opposed to, struggles against, or competes with another; opponent; adversary.

18 Mood a predominant or pervading feeling, spirit, or tone intentionally included in the story by the author.

19 Theme The general idea about life that a work of literature reveals.
Can a theme be the same as a moral? A moral can be a theme but a theme cannot always be a moral. A theme is a general idea (e.g. love, courage). A moral teaches you something (e.g. slow and steady wins the race).

20 Irony: a contrast between expectation and reality
Verbal Irony: When we say the opposite of what we mean. Situational Irony: Something happens that is opposite from what we expect. Dramatic Irony: We know something a character doesn’t know. 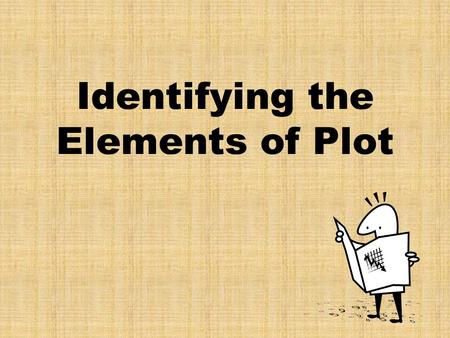 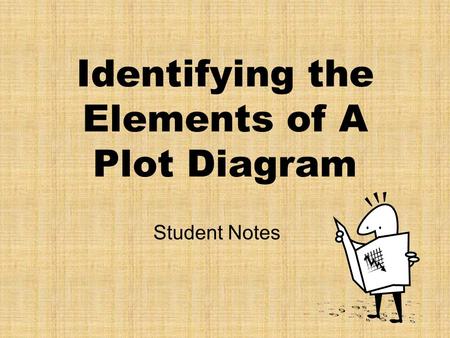 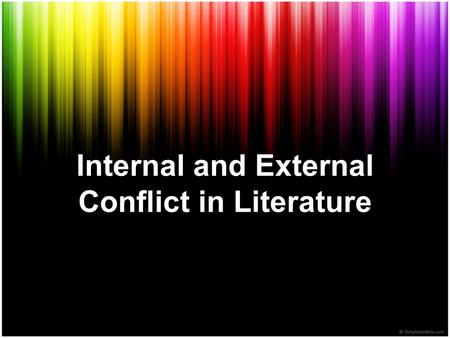