4 Early Life Born 1899 in Chicago Son of a Physician (dad) and a Musician (mom) Later in life, he claimed to hate his mother, but “mirrored her energy and enthusiasm” (Reynolds, 19.) As a young man, he took part in a number of sports, including track, boxing, and football. He was also an accomplished student musician.

5 After School After leaving school, Hemingway was a journalist (The Kansas City Star) Although he stayed there for only six months he relied on the Star's style guide as a foundation for his writing: – "Use short sentences. – Use short first paragraphs. – Use vigorous English. – Be positive, not negative." Star style and rules for writing". (The Kansas City Star. June 26, 1999. Retrieved August 29, 2009.)

6 World War I During World War I, Hemingway served as a Red Cross Ambulance drive in Italy. The day he arrived to Europe, he was already under fire. Sustained shrapnel wounds and spent 6 months in hospital. There he met and fell in love with Agnes Von Kurowsky. (material for “A Very Short Story.”)

7 Return Home Hemingway returned home from WWI in 1919, not yet 20 and with a sense of maturity beyond his years. Took jobs in Toronto and Chicago working on newspapers, but nothing interested in long enough to settle down.

8 Move to Paris Expatriate: (n.) A person who lives outside their native country. Moved to Paris with his new wife, Hadley, who reminded him of Agnes. Had a job as a Parisian correspondent with The Toronto Times. The main reason for his move was to become a writer.

9 Becoming the Writer In Paris, he was able to meet great writers, like James Joyce, Ezra Pound, and Gertrude Stein. These writers helped Hemingway get into the biz. At the same time, he had a son. Published Farewell to Arms

10 Farewell to Arms Quintessential Hemingway Showed how he truly felt about WWII and his American heritage. Banned in many cities, most notably Boston, for its content. Considered one of the great American Novels

11 Later Life and Death Later in life, Hadley and he moved to Key West and the Carribean. Suffered two plane crashes in Africa (inspired Snows of Kilimanjaro) In 1954, we won the Nobel Prize for literature. “Writing, at its best, is a lonely life. Organizations for writers palliate the writer's loneliness but I doubt if they improve his writing. He grows in public stature as he sheds his loneliness and often his work deteriorates. For he does his work alone and if he is a good enough writer he must face eternity, or the lack of it, each day." (The Nobel Foundation. (Nobel Foundation, Hemingway. Retrieved December 10, 2009.) In June, 1961, Hemingway died in his Idaho home.

12 Writing Style 1. Use short sentences. – terse minimalist style of writing – dispensed with flowery adjectives and got straight to the point. – Perhaps his finest demonstration of short sentence prowess was when he was challenged to tell an entire story in only 6 words: “For sale: baby shoes, never used." 2. Use short first paragraphs. 3. Use vigorous English. Be positive, not negative. – Since Hemingway wasn’t the cheeriest guy in the world, what does he mean by be positive? Basically, you should say what something is rather than what it isn’t. – By stating what something isn’t can be counterproductive since it is still directing the mind, albeit in the opposite way. If I told you that dental work is painless for example, you’ll still focus on the word “pain” in “painless.” Instead of saying “inexpensive,” say “economical, Instead of saying “this procedure is painless,” say “there’s little discomfort” or “it’s relatively comfortable,” And instead of saying “this software is error-free” or “foolproof,” say “this software is consistent” or “stable.” (Michael Fortin)

13 Themes Man at War (with nature, with man, with himself) Ability to show grace under pressure. Unrequited/Unreturned love Fragile Identity The Failure of Communication False Friendships 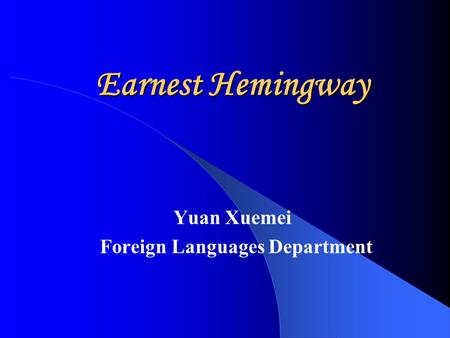 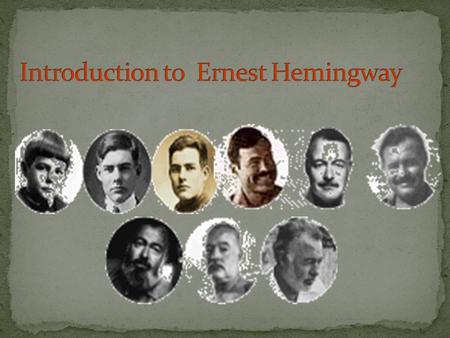 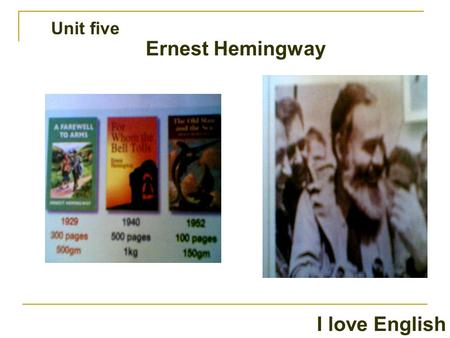 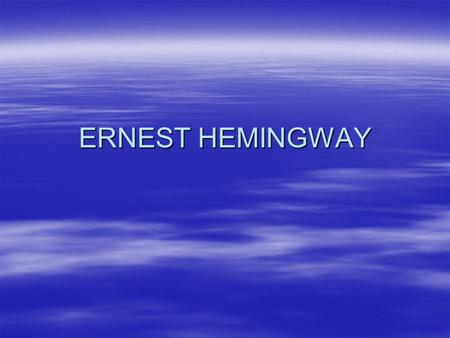 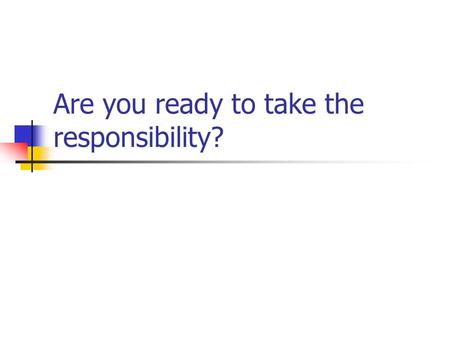 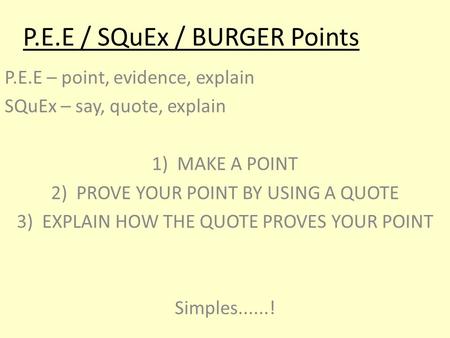 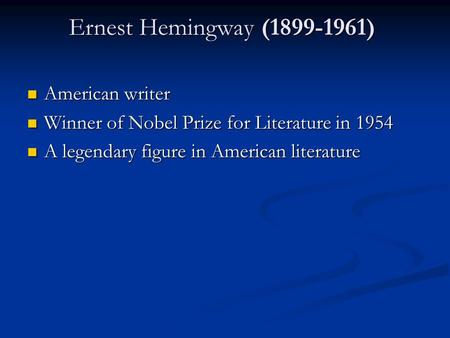 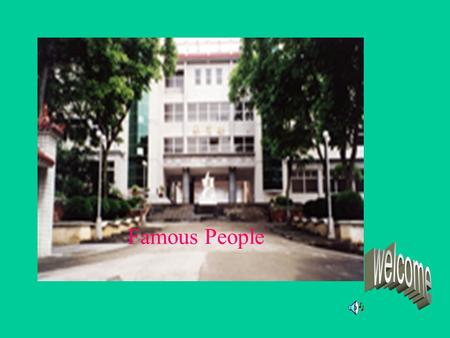 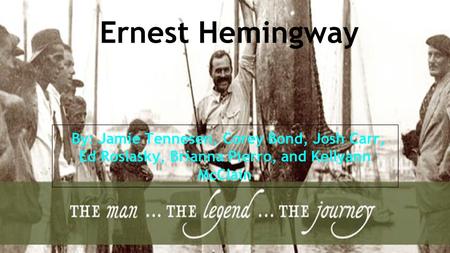