7 Collective nouns A noun that names a group

10 A word that takes the place of a noun. Pronouns make language fast.

12 Pronoun Non-Specificity
Pronouns are NOT specific! They are general. The pronoun he refers equally to all male organisms in the world. This ambiguity cause problems when we try to force pronouns – against their universal nature – to stick to a single reference.

17 Types of Pronouns Relative Reflexive A pronoun that relates an adjective clause to a main clause Who Whose Whom Which That “The man who followed you turned left.” A –self or –selves pronoun that reflects back to a word used previously in the sentence. “I found myself awash on a strange beach”

18 Types of Pronouns Indefinite Intensive General pronouns that do not have definite antecedents Anyone Anybody Each All “Does anyone have a pencil I can borrow?” A –self or –selves pronoun that is used to intensify the emphasis on a noun or another pronoun. “I myself agree with that idea.”

19 Common pronoun mistakes
Pronoun Reference Problems – make sure it is clear what the pronoun replaces! Everyone is singular! “Someone lost his pliers” (not “someone lost their pliers.”) Compound Gender Solution: “Someone dropped his or her pencil.” Missing antecedents – need to know who he/she is. Ambiguous References – two or more possible nouns to which the prounoun might refer.

21 Adjectives are Binary An adjective cannot exist without a noun!

23 Proper Adjectives are made out of Proper Nouns
England = English Rome = Roman Spain = Spanish In south Florida, Spanish moss hangs from the trees. 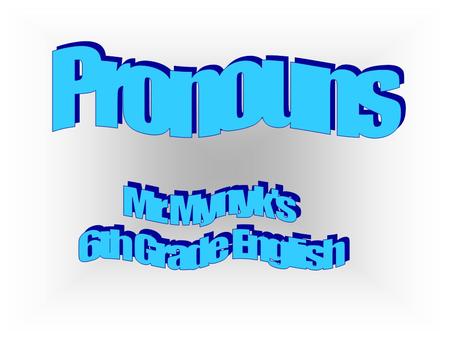 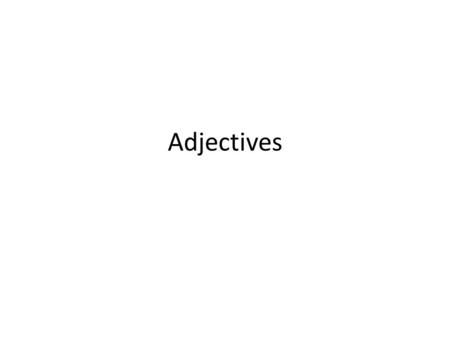 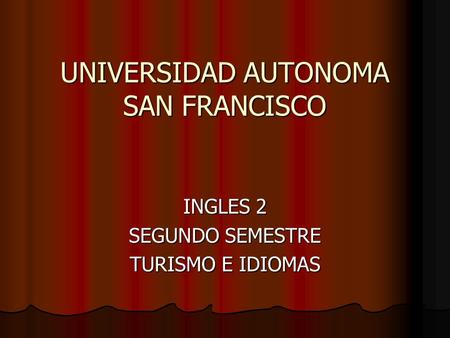 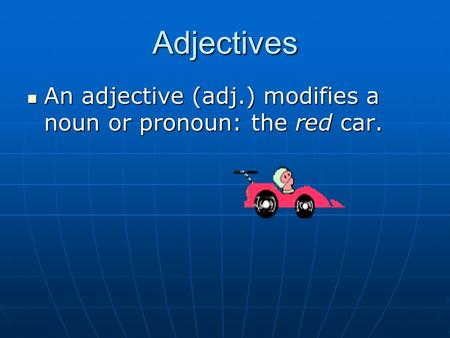 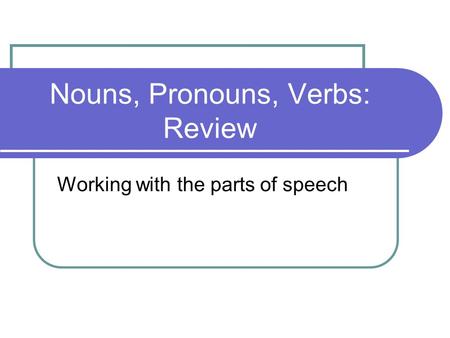 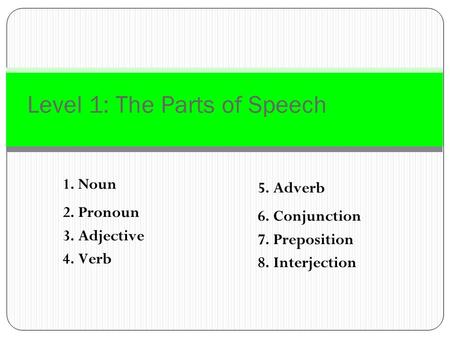 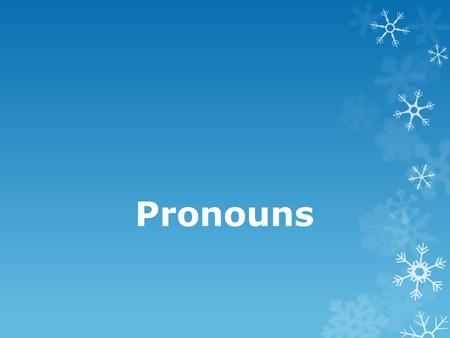 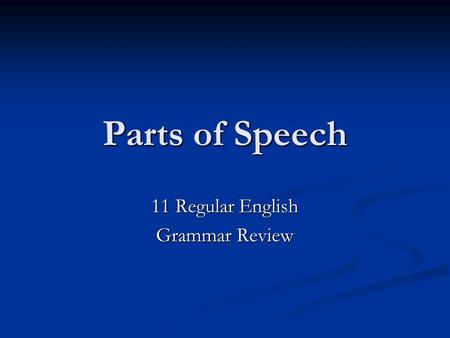