Presentation on theme: "The Dirty Dozen The 12 most common mistakes made by students that cause the professor to deduct points from their papers."— Presentation transcript:

1 The Dirty Dozen The 12 most common mistakes made by students that cause the professor to deduct points from their papers.

3 Number 2: Use a comma to precede the conjunction (and, but, or) in a compound sentence (meaning the sentence has two subjects and two verbs) Example: An accreditation team will visit the Department of Journalism next week, and members will interview students and faculty.

4 Number 3: Do not use a comma to precede the conjunction in a sentence that has a two verbs but only one subject. That is not a compound sentence.) Example: An accreditation team will visit the Department of Journalism next week and interview students and faculty.

7 Number 6: Put a comma after the name of a city and a state or the day and the year in a date. Do not use two letter state postal abbreviations. Example: The political candidate visited Muncie, Ind., on Jan. 23, 2007, before going on to Dayton, Ohio. Also note: Use real abbreviations, not post office abbreviations [Ind. Instead of IN] in journalism writing.

9 Number 8: Hyphenate compound modifiers (or adjectives) of nouns, such as “4-year-old boy,” except when a modifier ends in “ly” (such as “commonly broken rules”). Example: The well-worn house needed a paint job and lots of work. The easily-misunderstood rule was often broken.

10 Number 9 : Pronoun disagreement. Use “it” or “its” to refer to a singular collective noun instead of “they” or “their.” When you use “they” or “their” the pronoun must refer to at least two people and not “he” or she.” Avoid gender traps by using plural antecedents. (“students” and not “student’). Example: The popular magazine announced that it (not “they”) will no longer accept cigarette ads. The downtown store is having its (not “their”) annual sale.

11 Number 10: Over-capitalization. Do not capitalize a word to emphasize it or make it seem more important. Only formal proper names of people, places, companies, institutions, etc. should be capitalized. Example: Most writers know to write “University of Massachusetts” or “Jones Manufacturing Company.” But when you refer to them later, you should say “the university” or “the company” and not “the University” or “the Company.”

12 Number 11: Incomplete sentences. A clause beginning with “although’ or “because” is not a complete sentence and cannot stand by itself. Example: Although the Indianapolis Colts are playing in the Super Bowl. Because the unemployment rate is now about ten percent. (these are not complete sentences)

13 Number 12: Quotation mark punctuation. Periods and commas always go inside quotation marks. Example: “It was a riot,” he said. “My professor told me ‘don’t do it,’” but added, “I did it anyway.”

Download ppt "The Dirty Dozen The 12 most common mistakes made by students that cause the professor to deduct points from their papers." 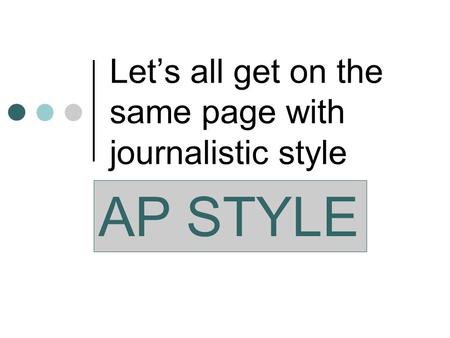 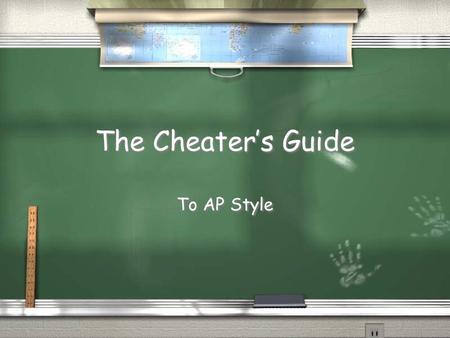 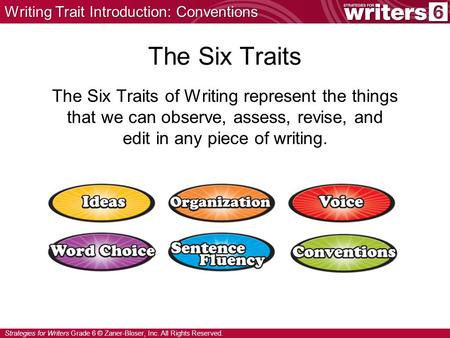 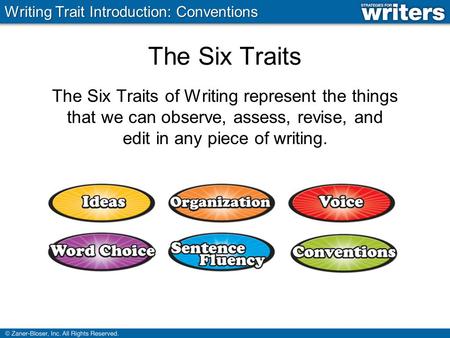 The Six Traits The Six Traits of Writing represent the things that we can observe, assess, revise, and edit in any piece of writing. Writing Trait Introduction: 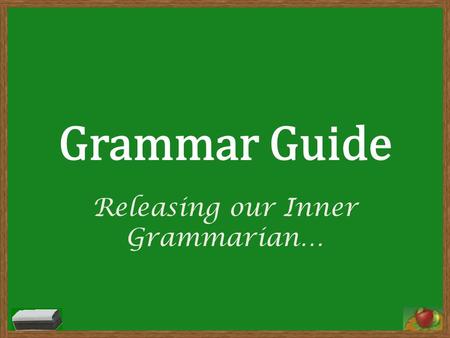 Grammar Guide Releasing our Inner Grammarian…. Fragments When a group of words fails to tell us: Who or what did something (the subject), What happened. 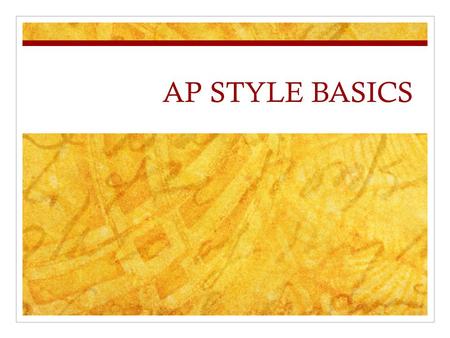 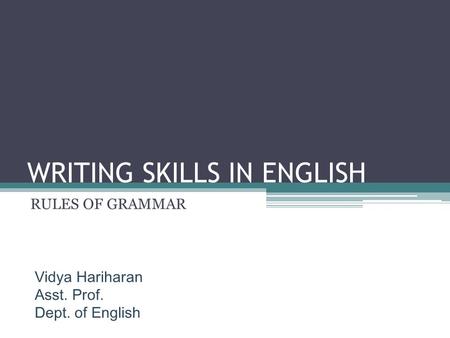 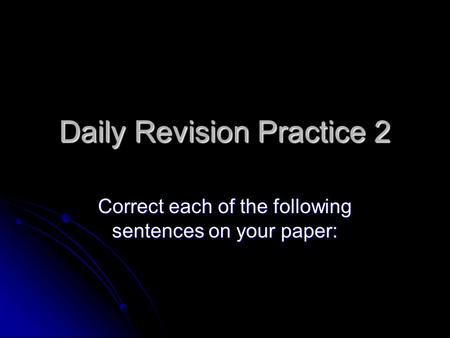