Presentation on theme: "Bellwork 2-24/25 Last year France deployed soldiers to Mali to help fight jihadists who have taken over part of country. They are in the country at the."— Presentation transcript:

1 Bellwork 2-24/25 Last year France deployed soldiers to Mali to help fight jihadists who have taken over part of country. They are in the country at the request of the government of Mali. What event that we covered in last class is this similar to? Do you think that this is an example of imperialism? Explain your answer.

3 Competition for West Africa West Africa was the center of the European controlled slave trade until it was abolished in the early 1800s. The former slaving centers became hubs for the trade of palm oil, feathers, ivory, rubber, etc. European powers seek to take control of these resources in interior Africa. Resistance by the various African peoples was often fierce.  Senegal revolted against French rule for 15 years.  Great Britain clashed with the kingdom of Ashanti. Liberia was the only remaining independent African state on the western coast.

4 Belgium in the Congo King Leopold II of Belgium carved out a personal colony of 900,000 square miles in the Congo.  Leopold II used slave labor to extract raw resources.  The brutality of his rule outraged many of the other European powers.  In 1908 he was forced to turn over control of the colony to Belgium.

5 Competition in East Africa The European powers divided East Africa into colonies.  Eastern Africans had difficulty resisting the Europeans due to wide spread starvation at the time.  Disease was killing off much of the African cattle, the main source of food for people in the region.  Rinderpest was spread from cattle which were brought to the region by European colonists.

6 Competition in South Africa In the early 1800s Great Britain seized Cape Colony from the Dutch.  This drove many of the Dutch settlers away in a mass migration called the Great Trek.  Dutch settlers were known as Boers and spoke their own language called Afrikaans.  They created three new colonies called Transvaal, the Orange Free State, and Natal. When the Boers created their new colonies they moved into territory controlled by the Zulu people.

7 The Zulu Empire The Zulu people were united into an empire in 1818 under a new king named Shaka.  Shaka was a military commander under a previous tribal chief who had groomed him for leadership.  Shaka would bring all of the Zulu tribes under his control, creating a large and thriving empire in southern Africa. "Great nation of Zulu, You have shown courage against a superior enemy. The nations that spoke of you with contempt are chilled by your songs. Kings and princes shiver in their little thrones. Enemies flee to hide in the mountain caves."

8 Zulu War In 1879 the British Empire joined the war against the Zulu.  They were shocked when their invasion force was completely destroyed in the first major conflict of the war.  This lead to a much more aggressive campaign by Great Britain which resulted in the destruction of the Zulu empire. The Zulu had a strong and organized army.  For many years the Boers and Zulu were in a state of constant conflict over control of the region.

9 Cecil Rhodes The discovery of gold and diamonds in southern Africa intensified the competition over land and resources. A British businessman named Cecil Rhodes lead the expansion of British territory away from the southern coast of Africa.  He gained almost total control of the diamond trade in southern Africa.  He founded the colony of Rhodesia which becomes Zambia, Zimbabwe, and Malawi.  He created the De Beers Mining Company which at the time of his death controlled 90% of all diamonds in the world.  In his will he created the Rhodes Scholarship which is funded by his fortune.  His goal in life was to secure British control of all of Africa.

10 Boer War In 1895 Cecil Rhodes sponsored an attempt to overthrow the government of Transvaal for preventing Britain from opening gold mines.  The attempt fails, creating hostility between the British and the Boers. In 1899 war breaks out between the two groups of colonists.  After three years the British won, securing the rights to mine in Boer territory.  Boers were allowed to keep speaking Afrikaans and given funds to rebuild their destroyed farms to keep them pacified.  Africans who lost land were not repaid.

12 Benefits of Imperialism Improvements in transportation, medicine, communication, and agriculture were spread throughout Africa.  New roads and railroads connected the entire continent.  New crops and farming techniques were introduced.  African people from across the continent had access to each other for the first time.

13 Legacy of Imperialism Europeans ruled over the African people under the belief that they were incapable of governing themselves. Europeans typically viewed Africans as inferior. Some European nations tried to trick African nations into signing away rights and resources.  Italy attempted to make Ethiopia a protectorate by tricking their king into signing an unfair treaty.  King Menelik II refused to sign.  Italy invaded Ethiopia, but was defeated. France attempted to completely assimilate Africans into French culture.  Africans largely resisted, and maintained their own traditional culture.

Download ppt "Bellwork 2-24/25 Last year France deployed soldiers to Mali to help fight jihadists who have taken over part of country. They are in the country at the." 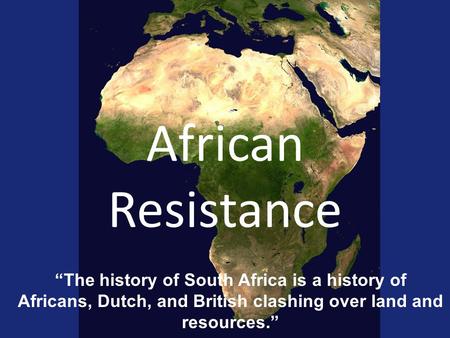 African Resistance “The history of South Africa is a history of Africans, Dutch, and British clashing over land and resources.” 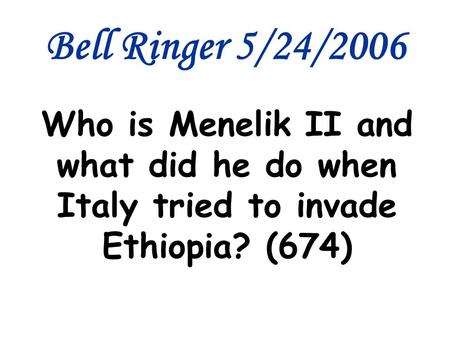 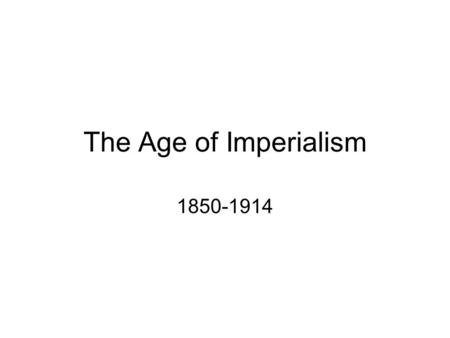 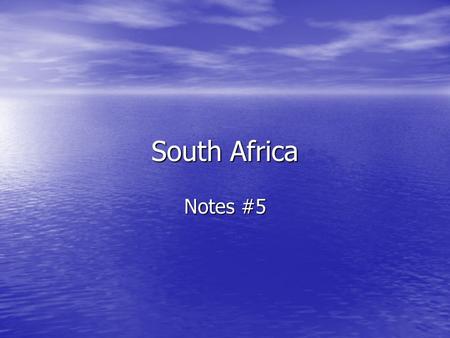 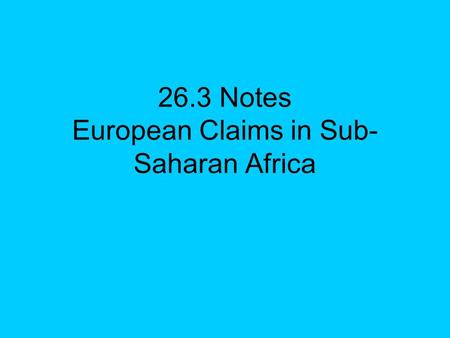