10 Increasing Variation Breeders can increase variation in a population by inducing mutations Mutation = any change in DNA Mutations can happen randomly, as in this Scottish fold cat. Cat enthusiasts bred these cats from a single cat with a mutation for the ears.

15 13-2 Manipulating DNA How are changes made to DNA? Scientists use their knowledge of the structure of DNA & its chemical properties to study & change DNA molecules *This is GENETIC ENGINEERING

18 a.) DNA extraction – simple chemical process to get DNA out of cell; cells are opened & DNA is separated from other cell parts b.) cutting DNA – restriction enzymes are used to cut DNA at specific sequences of nucleotides

21 DNA SEQUENCE - can be used to solve crimes or determine paternity - requires restriction enzyme to cut the DNA, and electrophoresis to separate it

29 Gene causes these mice to glow in the dark. Normally, the gene is found in jellyfish.

38 CC was the first cloned cat (Rainbow is the original). CC is short for "Carbon Copy". What is interesting is the color pattern for the clone is different from the original. The reason is that the genes for color randomly turn on or off for the skin cells, creating random coloration even on the cloned cat.

39 How Can Cloning Be Useful? 1. Save endangered species by storing DNA and cloning 2. Make multiple copies of a useful gene (insulin for diabetics) 3. Clone spare parts, like organs or bone marrow 4. Create experimental groups for studying (animals) 5. Clone "special" animals, pets or horses

42 5. With regard to cloning...it is necessary to have which of the following? Check all that apply... ___Cell from the adult to be cloned ___Egg with nucleus intact ___Embryo ___Surrogate mother ___ Sperm ___ Stem cells ___ Egg with nucleus removed 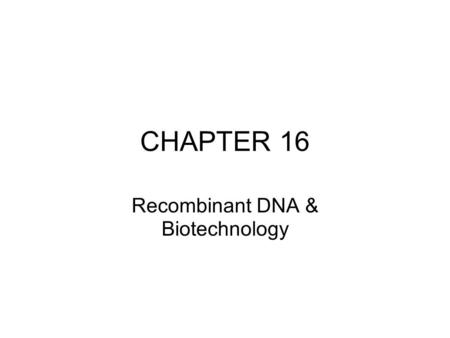 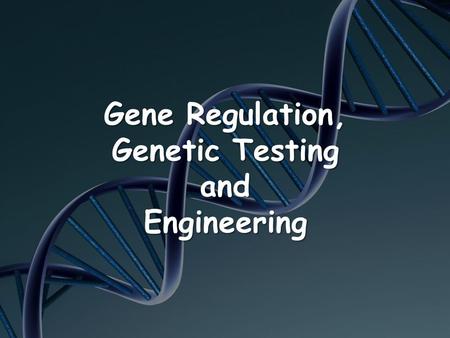 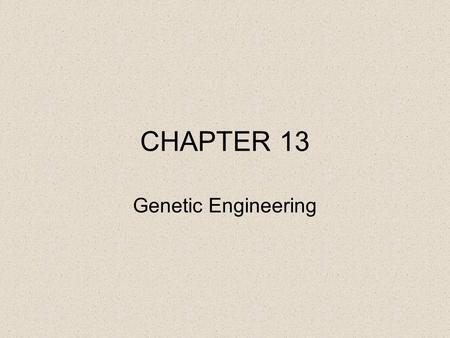