Presentation on theme: "Explain the steps in the scientific method."— Presentation transcript:

1 Explain the steps in the scientific method.

2 Step 1 Ask a Question based on your observations: How, what, why, where, when or who? In order to use the scientific method to answer the question, it must be about something that you can measure, preferably with a number

5 Step 4 Test your hypothesis with an experiment.
Your experiment tests whether your hypothesis is true or false. Be sure that you are testing only one factor at a time while keeping all other conditions constant

6 Controlled Experiment
A variable is something that can be changed in the experiment.  Everything else must be the same. Only one variable or condition is changed.

7 Example A good problem question for a controlled experiment can usually be phrased in this form: How does one thing (manipulated variable) affect another thing (responding variable)? Ex. “How does the temperature of water affect the ability of sugar to dissolve?”

10 Other parts of a controlled experiment
A control group should be used when conducting an experiment.  This group is not tested. It is the standard for comparison.

11 Other parts of a controlled experiment
Constant – factors in an experiment that remain the same. Why? No change so there is no influence on the outcome of the experiment.

13 Example, continued TEST CONSTANTS:
The seeds must all come from the same package. All seeds must be planted in the same sized pots with similar soil. All plants must receive exactly the same amount of water and light. The temperature should be the same for all test plants.

14 Control group Set one group as the CONTROL GROUP.  This group is not given fertilizer. Set up two other test groups.  Once receives a certain amount of fertilizer and the other receives twice as much.

15 Example, continued ANALYSIS OF DATA:  A triple bar graph or line graph of the growth of your plants. CONCLUSION:  Which plant group grew the most?  Why or why not?  What would you do differently next time?

16 Back to the scientific method
Step 5: Collect/record data from your experiment Step 6: Draw a conclusion – analyze your results to see if your hypothesis is true or false.

18 Lab report template Lab Report Template Title:
* a brief, concise, yet descriptive title Statement of the Problem: * What question(s) are you trying to answer? * Include any preliminary observations or background information about the subject Hypothesis: * Write a possible solution for the problem. * Make sure this possible solution is a complete sentence. * Make sure the statement is testable.

19 Lab Report Template Materials:
* Make a list of ALL items used in the lab. Procedure: * Write a paragraph (complete sentences) which explains what you did in the lab. * Your procedure should be written so that anyone else could repeat the experiment. Results (Data): * This section should include any data tables, observations, or additional notes you make during the lab. * You may attach a separate sheet(s) if necessary. * All tables, graphs and charts should be labeled appropriately

20 Lab report template Conclusions:
* Accept or reject your hypothesis. * EXPLAIN why you accepted or rejected your hypothesis using data from the lab. * Include a summary of the data - averages, highest, lowest..etc to help the reader understand your results * List one thing you learned and describe how it applies to a real-life situation. *Discuss possible errors that could have occurred in the collection of the data (experimental errors)

Download ppt "Explain the steps in the scientific method." 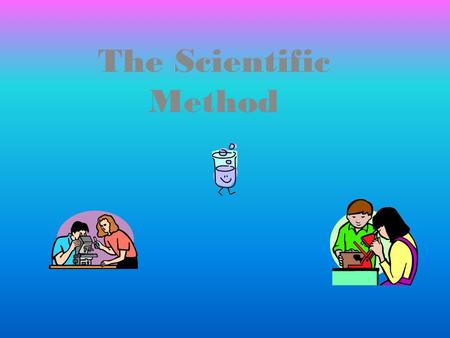 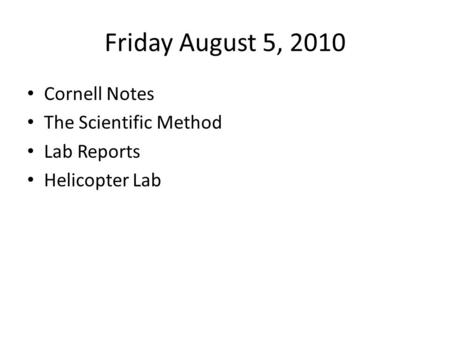 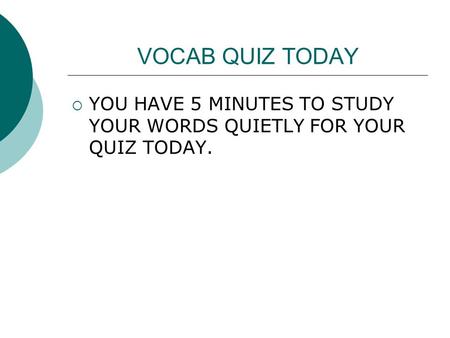 VOCAB QUIZ TODAY  YOU HAVE 5 MINUTES TO STUDY YOUR WORDS QUIETLY FOR YOUR QUIZ TODAY. 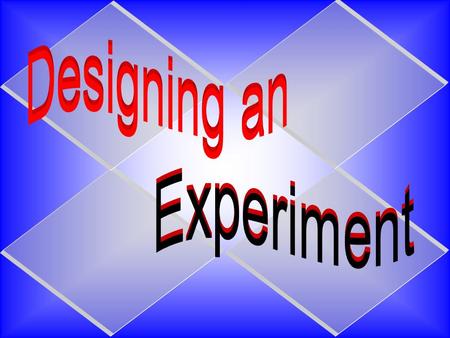 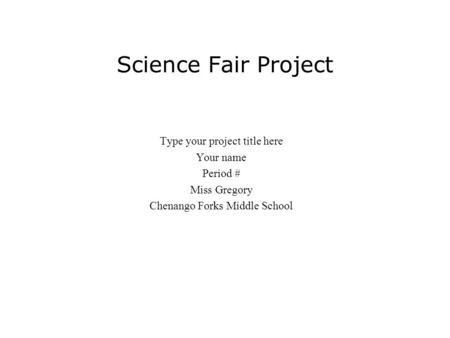 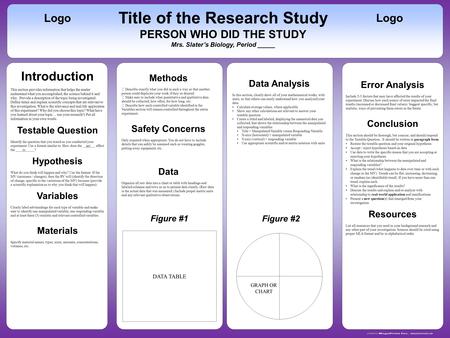 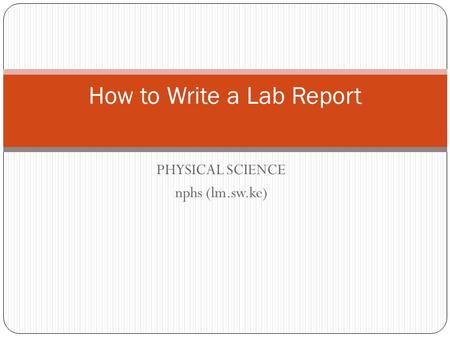 PHYSICAL SCIENCE nphs (lm.sw.ke) How to Write a Lab Report.