1 Approaches to reading The Great Gatsby APPLYING A CRITICAL STRATEGY

3 Knowledge of an author’s life can help readers understand his or her work more fully. Consider the biographical information presented in the Biography video and your emerging knowledge of the text. BIOGRAPHICAL STRATEGIES

4  Illuminate the historic background in order to understand the text.  Historians often use literature as a window to the past because literature frequently provides nuances of a historic period that cannot be readily perceived through other sources.  Consider the social and intellectual currents in which the author composed the work.  Place the work in the context of its time and try to make connections with other texts and events. HISTORICAL CRITICISM

5  Focus on the ideological content of a work – its explicit and implicit assumptions and values about matters such as culture, race, class, and power.  Social injustice, competing socio-economic interests that advance money and power rather than morality and justice.  Often the protagonist’s conflict in not only an individual issue but part of a larger class struggle. MARXIST CRITICISM

6  Examine how ideas of masculinity and femininity are constructed in particular cultures.  Feminist critics seek to correct or supplement what they regard as a predominantly male dominated critical perspective with a feminist consciousness.  Places literature in a social context  Gender equality FEMINIST/GENDER CRITICISM

7  The essence of AP Language and Composition!  Focus on the formal elements of the work – its language, structure, and tone.  Formalist critics read literature as an independent work of art rather than a snapshot in time or a reflection of the author’s state of mind.  This kind of close reading pays special attention to the intrinsic matters in a literary work – diction, imagery, figurative language, narrative technique, symbolism. FORMALIST STRATEGIES

8  “Color Symbolism in The Great Gatsby” by Daniel J. Schneider  First published in University Review  Use Schneider’s analysis as one way to look at the text. Does your reading and understanding support his claims? Is the evidence sufficient and convincing? ONE CRITIC’S TAKE ON COLORS…

14  That’s up to you to contemplate… OTHERS?

15 AND THEN THERE ARE NAMES… 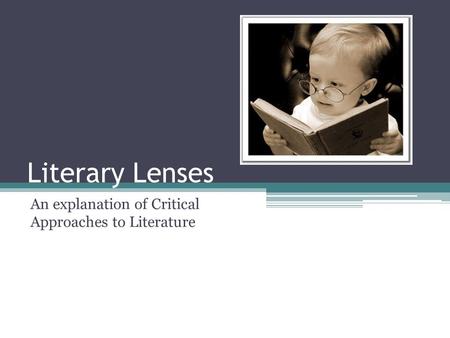 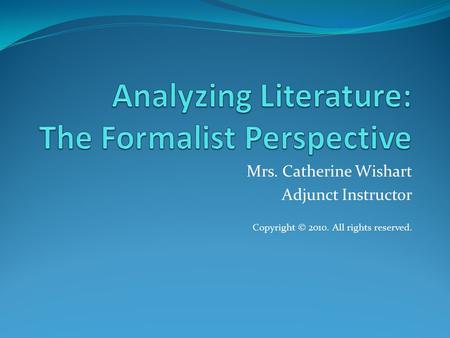 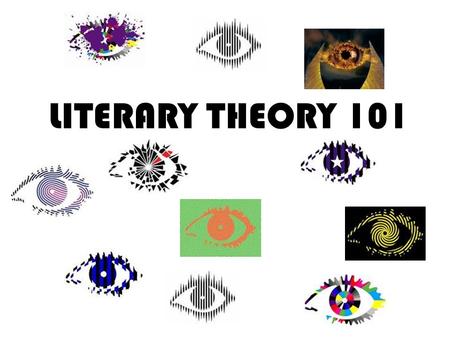 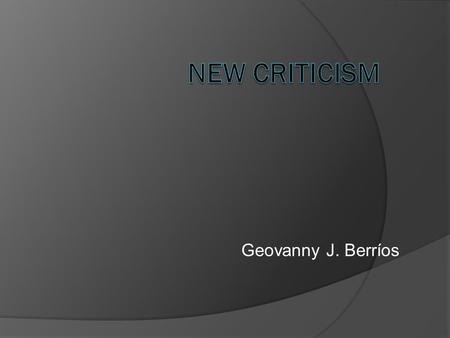