2 Formalist Theory Formalists look only at the language and elements of the text, and disregard the context in which the text was written or received. The main thing to consider when approaching a work of literature from the formalist point of view is to analyze how all the elements of the piece (plot, point of view, character, tone and style, symbolism, setting and theme) work together to create a certain effect on the reader.

3 New Historicism New Historicism views history skeptically (historical narrative is inherently subjective), but also broadly—history includes all of the cultural, social, political, anthropological discourses at work in any given age, and these various "texts" are unranked - any text may yield information valuable in understanding a particular milieu. Rather than forming a backdrop, the many discourses at work at any given time affect both an author and his/her text; both are inescapably part of a social construct.

4 Archetypal Criticism These critics view the genres and individual plot patterns of literature, including highly sophisticated and realistic works, as recurrences of certain archetypes and essential mythic formulae. Archetypes are considered "primordial images" or the "psychic residue" of repeated types of experience in the lives of very ancient ancestors which are inherited in the "collective unconscious" of the human race and are expressed in myths, religion, dreams, and private fantasies, as well as in the works of literature. Some common examples of archetypes include water, sun, moon, colors, circles, the Great Mother, Wise Old Man, etc. In terms of archetypal criticism, the color white might be associated with innocence or could signify death or the supernatural.

5 Reader Response Theory
Analysis based on the idea that reading is a creative act, just as much as writing is.  In this theory, a reader's response is just as important, if not more important, than the text itself.  A reader response theorist will examine not just how readers (or a particular reader, either hypothetical or actual) react to texts, but also how they interpret or assign meaning to certain elements of a text.  The process of making meaning from a text is the central concern of this kind of theorist.

7 Sociological or Cultural Theories: Race, Class, Gender, and Power
The following schools of criticism are based on the idea that art is a way of making a political statement, and that examination of a text will reveal some of the social, economic and political structures of a particular culture.

8 Marxist Theory Marxists argue that language can be a tool by which members of one class can hold power over others.  A Marxist critic examines texts for themes of social justice, class structure, and the unequal distribution of resources and social status, among others. According to Marxism, what we often classify as a world view is actually the articulations of the dominant class. Marxism generally focuses on the clash between the dominant and repressed classes in any given age and also may encourage art to imitate what is often termed an "objective" reality.

9 FEMINIST THEORY Feminist theories and criticisms concern themselves with the representation in literature of "masculine" and "feminine", and with the social and cultural implications of these representations. A feminist critic examines a text for themes about gender and sex, including gender and sex roles, ideals of masculinity and femininity, and rebellion against or acceptance of these ideals and roles. 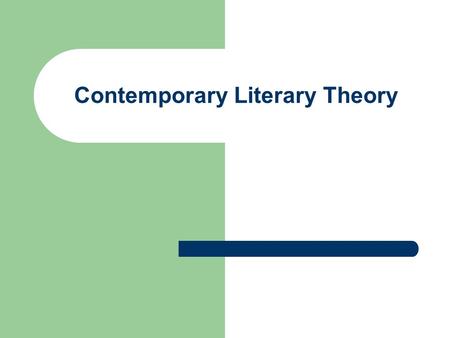 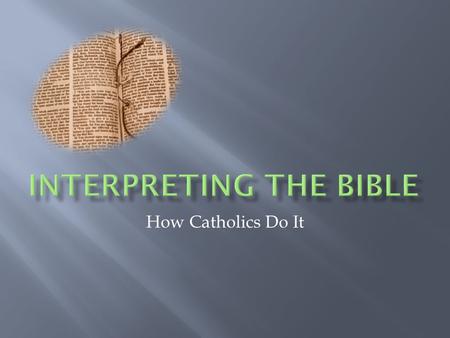 How Catholics Do It. In Sacred Scripture, God speaks to us in a human way. To interpret Scripture correctly, the reader must be attentive to what the. 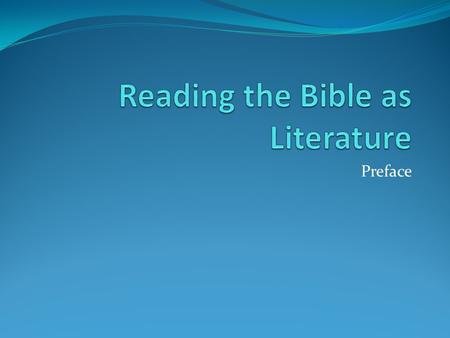 Preface. Reading in a Special Way Reading the Bible as literature boils down to a certain way of reading—reading in the context of the categories and.