HOW DO YOU TREAT THE EARTH? PRESENTATION OF THE STUDENTS OF THE 8 th А FORM: Petukhov I. Komin S. Volkov I. The teacher : Smirnova E.A. “ Think globally,

Presentation on theme: "HOW DO YOU TREAT THE EARTH? PRESENTATION OF THE STUDENTS OF THE 8 th А FORM: Petukhov I. Komin S. Volkov I. The teacher : Smirnova E.A. “ Think globally,"— Presentation transcript:

2 HOW DO YOU TREAT THE EARTH? PRESENTATION OF THE STUDENTS OF THE 8 th А FORM: Petukhov I. Komin S. Volkov I. The teacher : Smirnova E.A. “ Think globally, Act locally!!! ”

3 What does “ecology” mean? Ecology is a science about nature and about relation of man with it. Practically, it is a science studying whether we, human beings, keep our common house, our planet Earth, in a good state and how we use the gifts it is giving us: water, air, land, plants, animals and minerals. Ecology is a science which studies the relationship between all forms of life on our planet with its environment.

4 What are the names of the environmental problems of today? Air pollution, smog, water pollution, destruction of natural resources. The ozone layer in the upper atmosphere protects the world from the sun’s harmful rays. The chemical used widely in aerosol cans, refrigerators, and other products are destroying this precious layer. The electric power station burn coal to produce the energy that keeps our light on. That burning coal gives off gas that came the greenhouse effect (парниковый эффект) and acid rains (кислотные дожди).

5 Land, air, water are important for flowers, trees, animals, birds, fish and people. But what’s happening now? AirWater Land A lot of rivers and lakes are pollutedA lot of rivers and lakes are polluted Sea animals are hurtSea animals are hurt Air pollution is not reducedAir pollution is not reduced Global warming is caused by the greenhouse effect The forests are cut downThe forests are cut down When the forests disappear many animals are disturbedWhen the forests disappear many animals are disturbed Most of the countryside is spoiledMost of the countryside is spoiled

6 The Earth is our environment. If we are not worried about the Earth, some ecological problems appear: Air and water are polluted Forests are cut down Animals are damaged Wildlife is disturbed Litter is put into water Health is spoiled

7 Our Project: “Our Planet Is in Danger”

8 WHAT ARE THE RESULTS OF OUR INFLUENCE ON THE ENVIRONMENT? We pollute the air. – We change the climate. We leave a fire. – We destroyed the forest. We throw away plastic bottles. – We damage nature. We leave litter in the forests. – We hurt animals. We break trees. – We disturb birds. We don’t recycle paper. – We cut down trees to make new paper. We throw litter in the rivers and seas. – We cause water pollution. We leave glass bottles in the forest. – We hurt animals and people.

9 You can often come across these international signs: Keep your country tidy! Keep off the grass! Keep dogs under control! Recycle! Respect the life and work of the countryside! Protect nature! Put your litter in the bin!

10 British and American children learn a lot about the environment at school. All of them remember the three R’s: What can or must we  reduce? (уменьшать)  reuse? (использовать заново)  recycle? (перерабатывать) We can reduce using electricity. We can reduce using water. We must recycle cartons. We must reuse glass bottles. We can recycle newspapers. We must recycle paper. We can recycle plastic containers. All these actions help to reduce pollution, deforestation and not to damage the nature.

12 22 April - Earth Day Do you know this holiday? There are over 300 nature centres in British cities. There are a lot of environment groups: Friends of the Earth, Greenpeace and others. What are these groups’ concerns? Join us and clean the Earth! Make the world a better place! Taking care of the Earth is everybody’s business!

13 Greenpeace  It is an international environmental organization, started in the 1960s in Canada. It has a policy of non – violent direct actions. Greenpeace message is “When the last tree is cut down and the last fish killed, the last river poisoned, then you will see that you can’t eat money.”

14 Friends of the Earth (the FOE) It is an environmental pressure group. This organization was founded in the UK in 1971. The aim of the group is to protect the environment. The main concerns are air, sea, river and land pollution; recycling, etc. “Friends of the Earth” has branches in 30 countries.

18 Valday is a national park in Novgorodskaya region. It was founded in 1990. Bears, wolves, foxes, otters are protected there. People come there to enjoy the countryside and to visit two beautiful lakes: Valday and Seliger.

19 Losiny Ostrov is a national park north-east of Moscow. 48 kinds of animals are protected there: deer, foxes, otters and others. There are about 200 kinds of birds. It was founded in 1983 for people to enjoy the countryside.

22 One of the most interesting parks in the USA is the Everglades in Florida. Its wildlife is enjoyed by many naturalists and tourists. Water birds, snakes, alligators, wildcats, fish, cypress trees are protected in the Everglades.

23 The Lake District is the largest national park in Britain. It is one of the most beautiful, attractive and popular places in Britain. It has Windermere, the longest lake in England, and Scafell, the highest mountain in England. A lot of tourists come there to go boating, cycle, fish and just to walk.

24 Are you worried about nature? The Earth is more than the place we call home. The Earth is our environment. It means that the land, air, water and wildlife that surround us affect the way we live. And the way we live affects the natural world outside our front door. A lot of people understand this and see urgent environmental problems. 52% think that water pollution is a problem. 43% think that when trees are cut down it is a problem. Air pollution is a problem for 32%.

25 Who is in Charge of the Planet? A lot of people think about the future of the planet. Some people take care of animals, others take care of birds, others are in charge of forests. I think children can help the planet. They can recycle. They can plant trees and help animals. If they don’t leave litter and don’t damage wildlife the nature is not spoiled. It is important that children should take part in saving Earth. We are in charge of the planet because we all pollute it and I think that we all should try to help it.

26 The Earth Is Our Home How beautiful is our Planet!

27 Protect Our Furry Friends  Never buy products made from endangered animals.  Persuade everyone you know not to buy real fur.  Volunteer to work at your local Zoo or animal shelter.

28 The Baltic, a Sea Of Waste Pollution is a serious problem. It effect everyone every day. Where does the pollution come from? Is it only factories, big ships and cars that pollute? No, it is you and me as well. If you drop litter, you pollute. That's how it begins. What happens when millions of people do the same thing? Most big cities pour their waste into seas and rivers. The first alarm came from Japan. Some sixty people died as they had eaten polluted fish. The Baltic is a special case. Because it is such a small sea it becomes dirty very easily. Its water changes slowly. As many as 250 rivers run into the Baltic. There are hundreds of factories on these rivers and millions of people live along them. Seven industrial countries surround the Baltic. A lot of big cities lie on its coast. All of this combined with the active navigation of the affects the state of the sea water and the shore line flora and fauna. It is difficult to clean it now. Fortunately all the countries in the Baltic area have realized the problem. They cooperate in solving ecological problems of the Baltic basin. The aim of the agreements is to prevent pollution of the sea and to preserve sea life.

Download ppt "HOW DO YOU TREAT THE EARTH? PRESENTATION OF THE STUDENTS OF THE 8 th А FORM: Petukhov I. Komin S. Volkov I. The teacher : Smirnova E.A. “ Think globally," 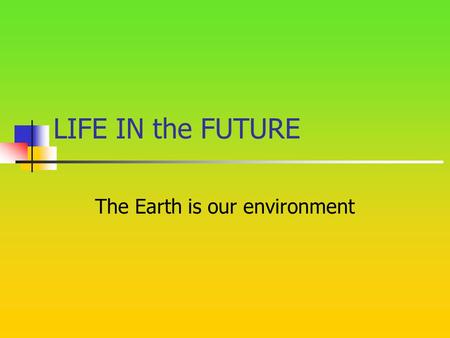 LIFE IN the FUTURE The Earth is our environment. THE WAY WE LIVE We pollute the air. We leave litter in the forests. We don’t recycle paper. We break. 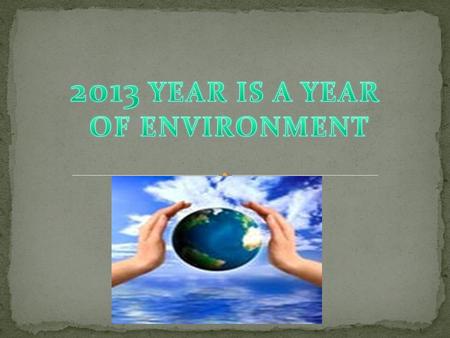 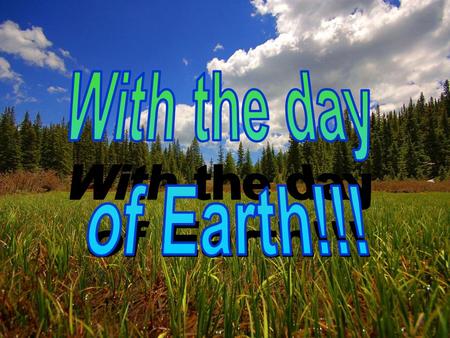 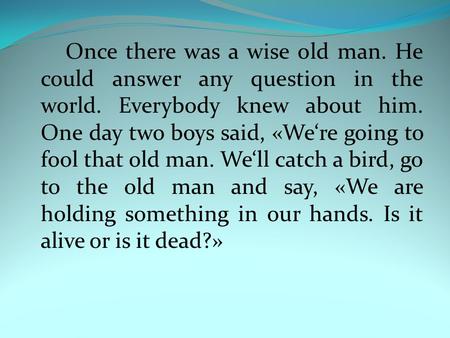 Once there was a wise old man 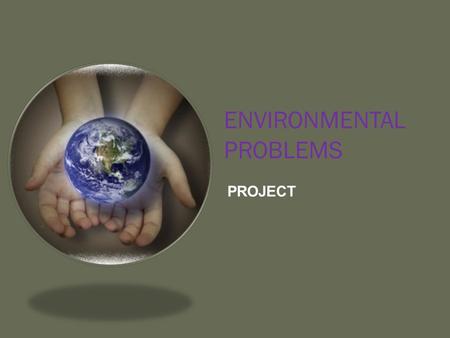 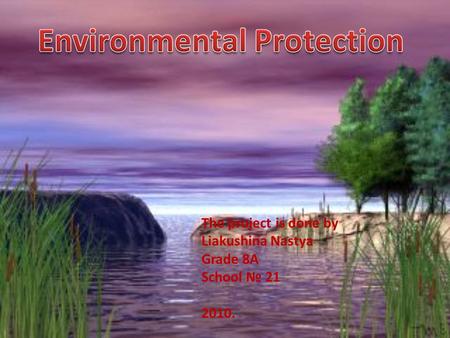 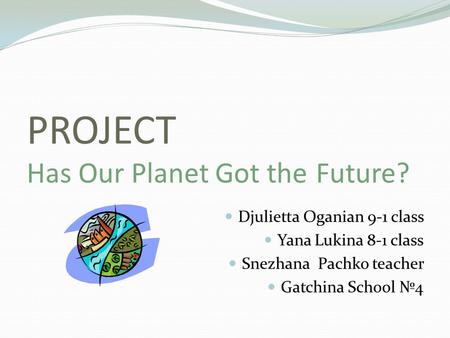 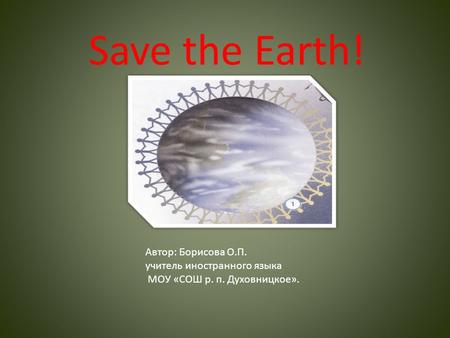 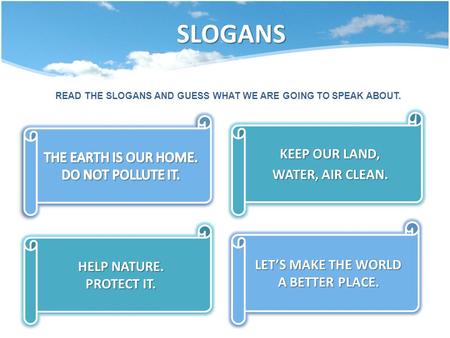 SLOGANS KEEP OUR LAND, WATER, AIR CLEAN. THE EARTH IS OUR HOME. 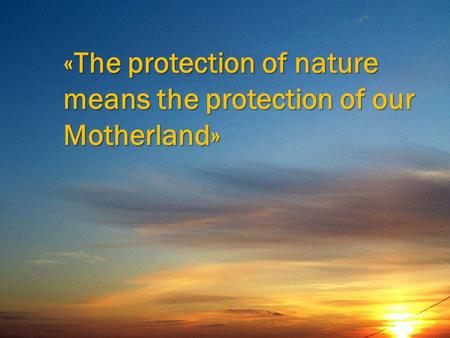 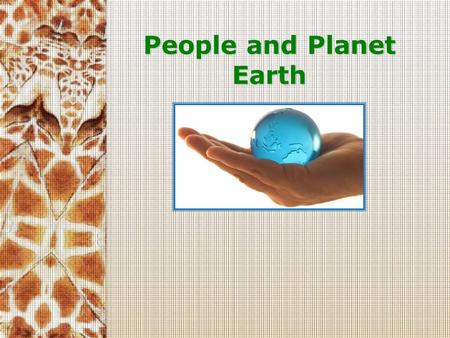 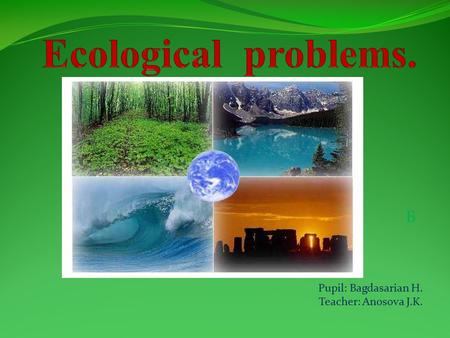 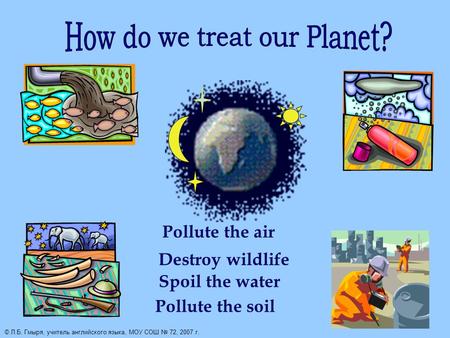 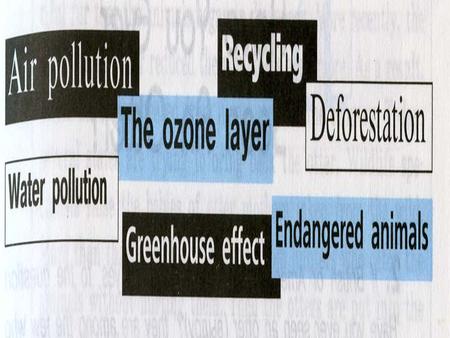 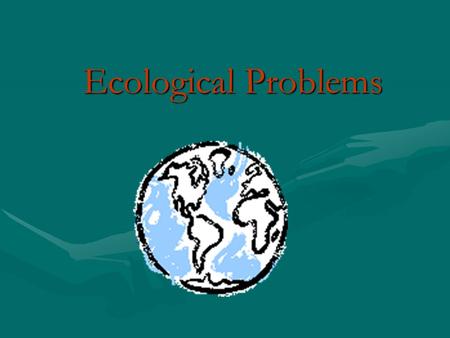 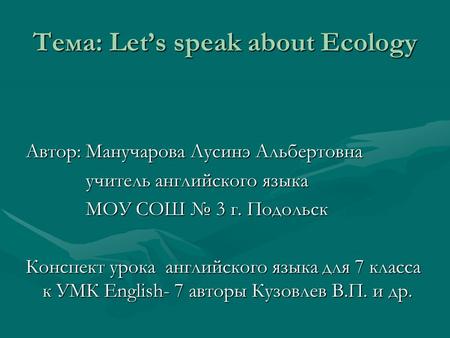 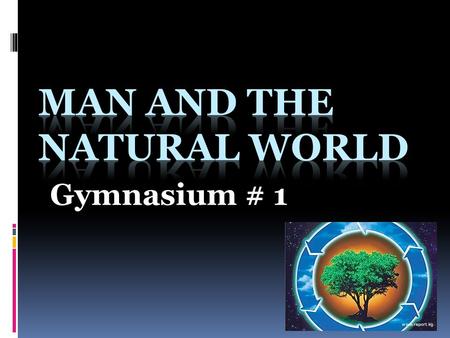