Presentation on theme: "Cinderella By Stephen Payton. Once upon a time.."— Presentation transcript:

3 There lived an unhappy young girl. Her mother was dead and her father had married a widow with two daughters. Her stepmother didn't like her one little bit. All her kind thoughts and loving touches were for her own daughters. Nothing was too good for them! - dresses, shoes, delicious food, soft beds, and every home comfort.

4 Cinderella used to spend long hours all alone talking to the cat. The cat said,. Miaow., which really meant,. Cheer up! You have something neither of your stepsisters has and that is beauty!.. It was quite true. Cinderella, even dressed in old rags, was a extremely lovely girl. While her stepsisters, no matter how splendid and elegant their clothes, were still clumsy, lumpy and ugly and always would be. Forever.

5 One day… beautiful new dresses arrived at the house. A ball was to be held at the palace and the stepsisters were getting ready to go to the palace. Cinderella didn't even dare ask if she could go too. She knew very well what the answer would be. You? You're staying at home to wash the dishes, scrub the floors and turn down the beds for your stepsisters. They will come home tired and very sleepy… Cinderella sighed,. Oh dear, I'm so unhappy!. and the cat murmured. Miaow..

6 Suddenly something amazing happened! As Cinderella was sitting all alone, there was a burst of light and a fairy appeared Don't be alarmed, Cinderella,. said the fairy.. I know you would love to go to the ball. And so you shall!.. How can I, dressed in rags?. Cinderella replied.. The servants will turn me away!

7 The fairy smiled. With a flick of her magic wand Cinderella found herself wearing the most beautiful dress she had ever seen.. Now for your coach,. said the fairy "A real lady would never go to a ball on foot! Quick! Get me a pumpkin!.. Oh of course,. said Cinderella, rushing away. Then the fairy turned to the cat. You, bring me seven mice, and, remember they must be alive!

8 Cinderella soon returned with the pumpkin and the cat with seven mice he had caught in the cellar. With a flick of the magic wand the pumpkin turned into a sparkling coach and the mice became six white horses, while the seventh mouse turned into a coachman in a smart uniform and carrying a whip. Cinderella could hardly believe her eyes.

9 Cinderella had a wonderful time at the ball until she heard the first stroke of midnight. She remembered what the fairy had said, and without a word of goodbye she slipped from the Prince’s arms and ran down the steps. As she ran she lost one of her slippers, but not for a moment did she dream of stopping to pick it up! If the last stroke of midnight were to sound... oh... what a disaster that would be! Out she fled and vanished into the night.

10 The Prince, who was now madly in love with her, picked up the slipper and said to his ministers, Go and search everywhere for the girl whose foot this slipper fits. I will never be content until I find her! So the ministers tried the slipper on the foot of every girl in the land until only Cinderella was left.

11 That awful untidy girl simply cannot have been at the ball,. snapped the stepmother.. Tell the Prince he ought to marry one of my two daughters. Can't you see how ugly Cinderella is? But, to everyone’s amazement, the shoe fitted perfectly.

12 Suddenly the fairy appeared and waved her magic wand. In a flash, Cinderella appeared in a splendid dress, shining with youth and beauty. Her stepmother and stepsisters gaped at her in amazement, and the ministers said "Come with us Cinderella! The Prince is waiting for you." So Cinderella married the Prince and lived happily ever. As for the cat, he just said Miaow!

Download ppt "Cinderella By Stephen Payton. Once upon a time.." 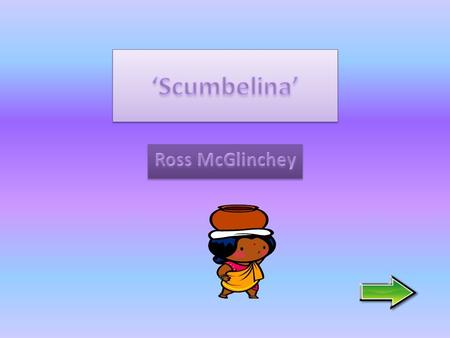 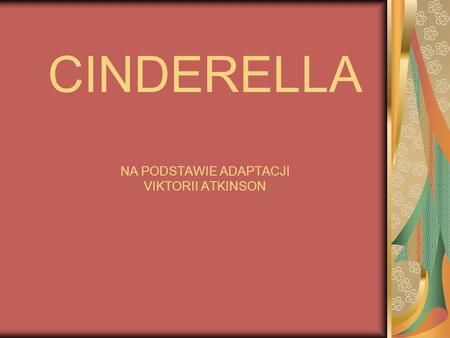 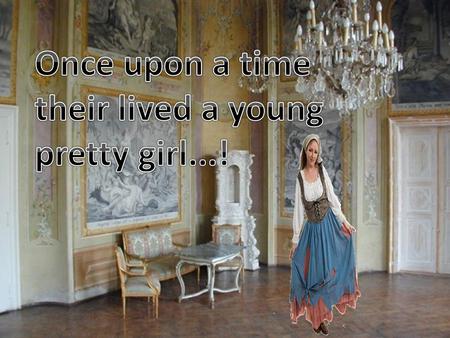 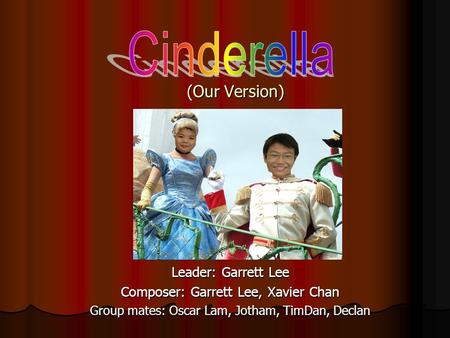 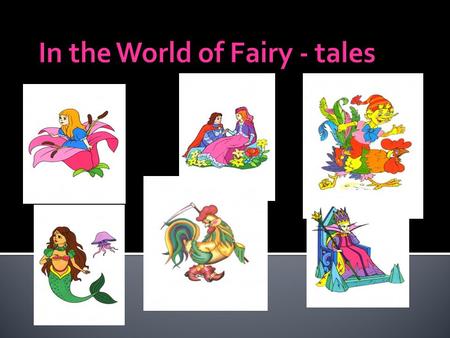