2  PTSD is an incapacitating mental disorder that follows experiencing or witnessing an extremely traumatic, tragic, or terrifying event.  Persistent terrifying thoughts and memories that affect their daily lives.  Re-live the traumatic event through re- occurring nightmares and disruptive thoughts during the day.

3  PTSD symptoms can occur days, weeks, months, and year’s later form when the traumatic event occurred.  The triggers vary person to person and vary on what might have triggered PTSD, such as; smells, photos, emotional event in person life, a loss of a loved one, reminders, and another traumatic event

4  Soldiers in the military that had experienced or seen traumatic events.  Surviving a natural disaster  Experiencing a car or plane crash  Terrorist attacks like 9/11  Death of a loved one  Rape  Being held captive  Childhood sexual assault and abuse

5 1) At least 10,000 firefighters, police officers, and civilians exposed to the terrorist attack on the World trade Center have been found to have PTSD 2) Certain races, martial statuses, having had direct exposure, residents evacuated, and residents involved in rescue and recovery efforts were at high risk of developing PTSD 3) In the study of 4,000 police officers interviewed 4-6 years after the attacks, 17% showed probably PTSD 4) After the attacks, about 96% of survivors were experiencing PTSD symptoms 5) The severity of exposure also affected survivors. These risks included, witnessing horror, injury, exposure to the dust cloud, being on a floor above rather than below the impact zone, and a later evacuation than an earlier evacuation.

6  About 70% of adults in America have experienced a type of traumatic event at least in their lives (around 223.4 million people). Up to 20% of them people develop PTSD (apx. 31.3 million people who did or have PTSD)  An estimated 1 of 10 women develops PTSD and many before the age of 18; women are about twice as likely as men.  About 50% of all outpatient mental health patients have PTSD.  Somewhat higher rates of this disorder have been found to occur in African Americans, Hispanics, and Native Americans compared to Caucasians in the United States.  In studies done in this last year the number of people who have gone to war and have PTSD has jumped to 50%.  It is estimated that 1 out of 5 military people from the current war have PTSD.  Out of the woman who are in the war 70% develop PTSD.

7  When people are affected at a very young age the more damage that will be done to the brain and this will interfere with their early development.  It usually inhibits their memory and they have difficulty learning.  They may have awful nightmares, be easily startled, and avoid social gatherings.  These things and more also cause problems in the family and they are more likely to have violence in the home and rebellious children because of it and stress.  They may not be able to communicate and express what they are trying to say and have a hard time regulating and expressing their emotions.

12  Support Groups go for a cognitive behavioral approach that teaches the individual methods to control anxiety, depression, anger, and sleeping difficulties. Gives the person some sense of stability while they are feeling out of control.  Therapy and treatment is especially important to make happen quickly when it comes to children because lack of doing so can lead to negative life long consequences  It's common for children to seem resilient after the traumatic experience but there is a high chance for the child to develop a variety emotional and behavioral problems that can appear later on and be very severe.

13  The degree of PTSD trauma cannot be defined purely in terms of the trauma that a person has experience. It is important in all cases to understand that each person is different and has a different tolerance level to trauma. Therefor what one person may seem to be able to just shake off, another person may not. Therefore it is not the amount of exposure to trauma that defines how sever the PTSD is, it is depending on the person and how they are experiencing/dealing with it.

14 The diagnosis of PTSD is more difficult when the trauma occurred months or years before the examination, because a variety of behavioral patterns, defenses, and attitudes have been developed to attempt to deal with the traumatic aspects of the experience. Very few PTSD symptoms are unique to Post- Traumatic Stress Disorder. Therefore, there are some few cases of PTSD which have significant symptoms which are also found in other diagnostic categories 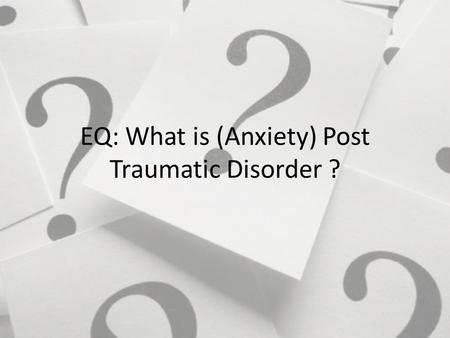 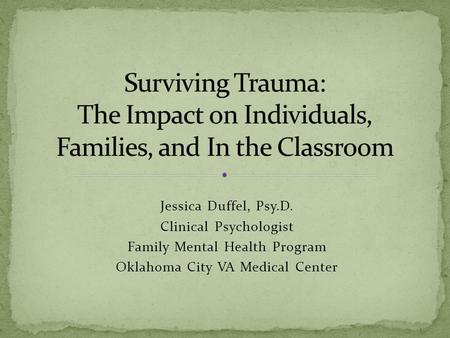 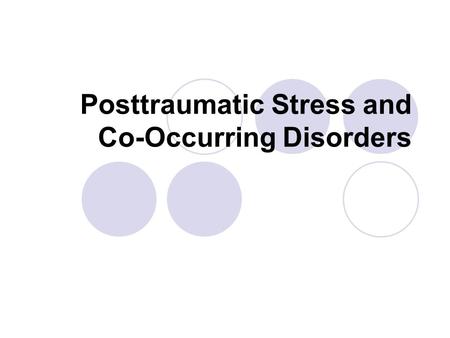 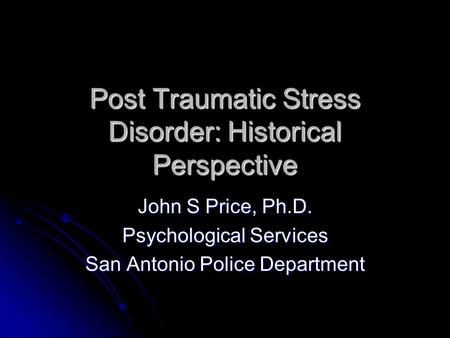 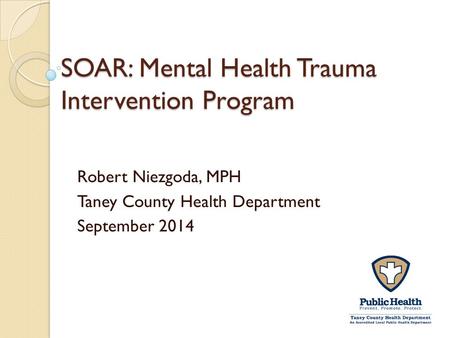 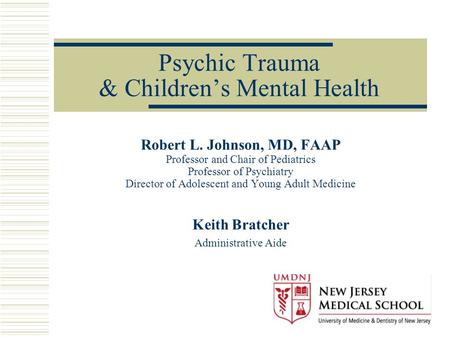 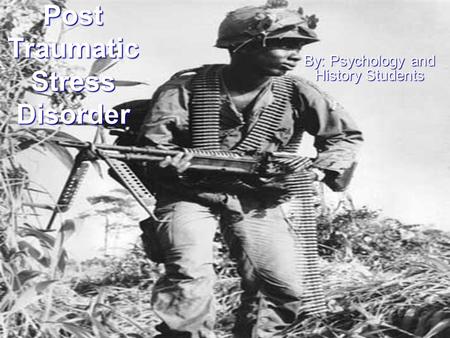 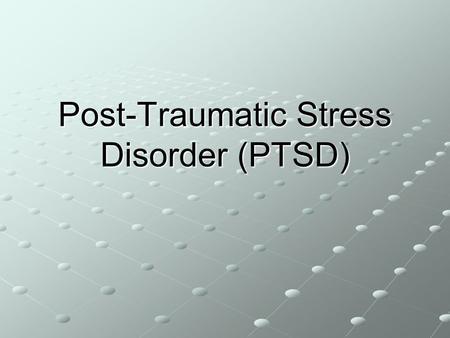 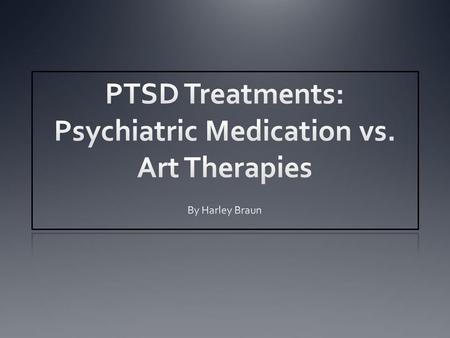 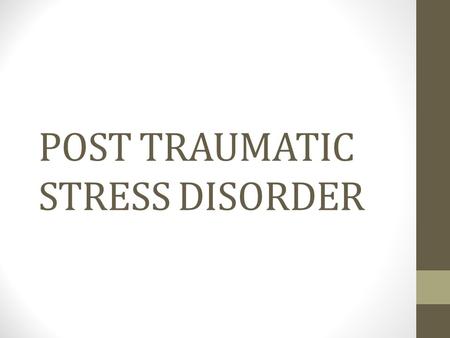 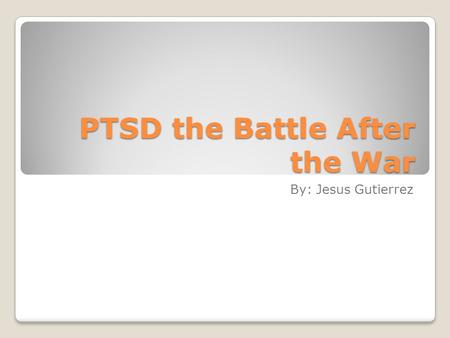 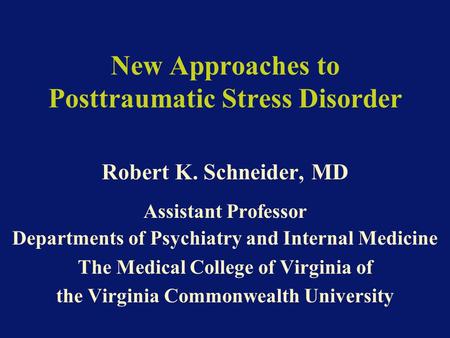 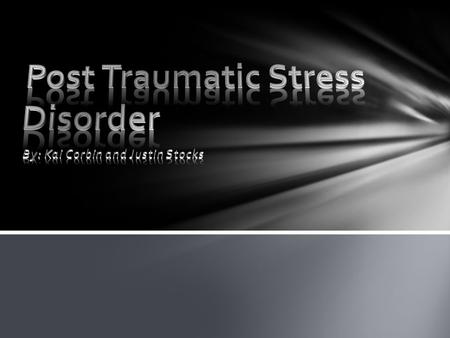