Presentation on theme: "Rights and Responsibilities of Citizenship"— Presentation transcript:

1 Rights and Responsibilities of Citizenship

3 Who is a Citizen? A natural born or naturalized person who pledges allegiance to a government and is entitled to protection from it. The 14th Amendment to the Constitution outlines who is a citizen

5 Naturalized Citizen: A person born in another country who has gone through a process to become an American citizen

6 Naturalization Process
File an application with the United States Citizen and Immigration Services (USCIS). USCIS conducts a background check to ensure information is true. If application is approved, candidate has an interview with USCIS Appear in court to take oath to the United States

9 Citizens and Residents
Types of American Residents – not all people who live in the U. S. are citizens Citizen - a natural born or naturalized person Document that protects rights of citizens is Constitution Two Unique Rights of a citizen: 1. run for political office 2. vote Serving in military and serving on a jury are two civic responsibilities of being a citizen. Name two more: Aliens - Legal and Illegal Refugees - People pushed from their home seeking refuge in another land

12 Illegal Residents Illegal Aliens - anyone who resides in US without updated paperwork Examples : 1. Individuals with expired Visas 2. Those who sneak into country illegally Approximately 11 million undocumented residents live in the United States today. If anything, what should be done regarding these 11 million illegal residents? What does the Statue of Liberty symbolize? 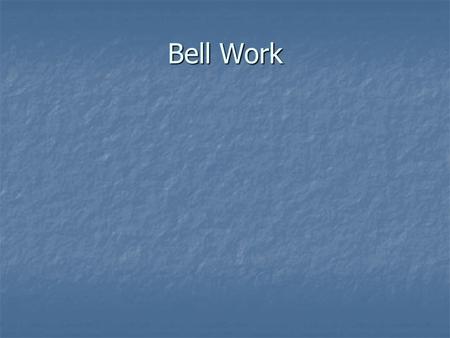 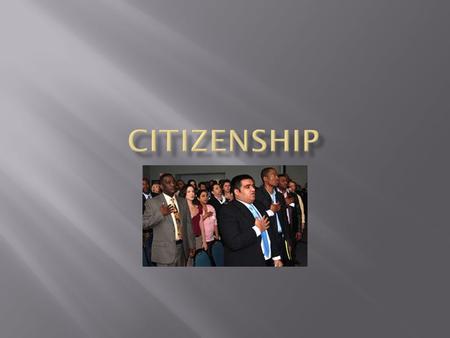 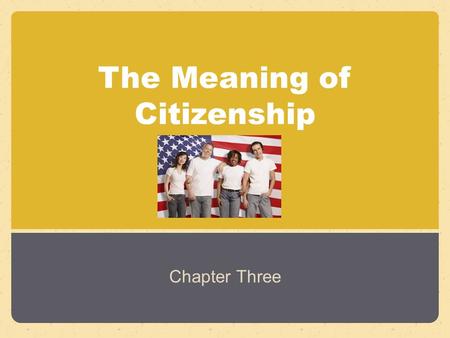 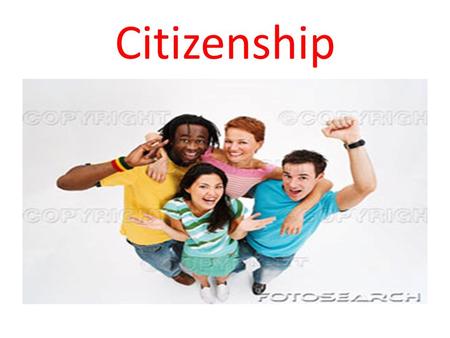 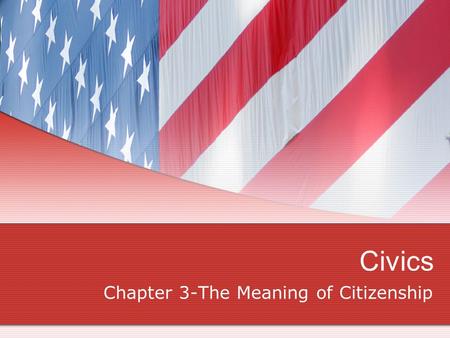 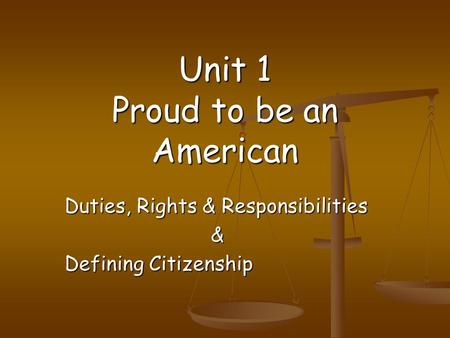 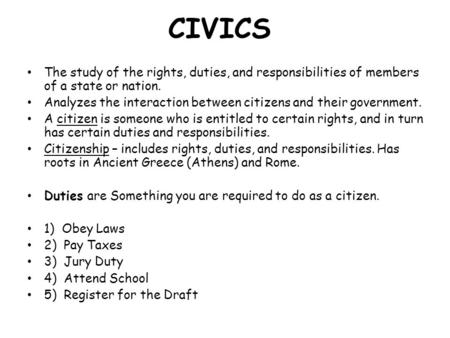 CIVICS The study of the rights, duties, and responsibilities of members of a state or nation. Analyzes the interaction between citizens and their government.