2 What is Bullying…? Is aggressive behavior that intends to cause harm or distress. HUMILIATION Usually is repeated over time. Occurs in a relationship where there is an imbalance of power or strength.

3 What is Bullying is NOT…? It is not a one time conflict between two people. People do not always agree or get along all the time. When you are in an argument with someone, it doesn’t necessarily mean it is a bullying situation. Work out your problems.

7 Kids Who Observe What do you usually do when you see a student being bullied? 38%Nothing, because it’s none of my business 27%I don’t do anything, but I think I should help 35%I try to help him or her

8 Why do we want it to stop? Children who are bullied have: Lower self esteem Higher rates of depression Higher absenteeism rates

9 What works in bullying prevention? What can we do at CTMS to stop bullying? What can YOU do as an individual?

10 Reporting of Bullying to School Staff Many students do not report being bullied. Why don’t children report? –Victims felt that staff responded poorly or didn’t care. –68% of victims felt it would make the problem worse.

12 Trustworthy? Can you name 3 adults at CTMS you would trust to tell about a bullying problem?

14 Stop Bullying Promise If you know of a person that is being bullied, please write a teacher, a counselor, an assistant principal, or principal and let them know about it. Take out your agenda and in the “Weekly Goals” section, write out a way that you can help decrease bullying this week. 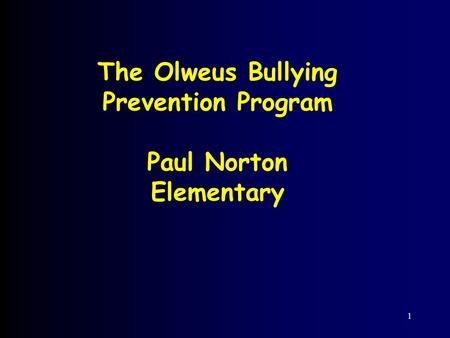 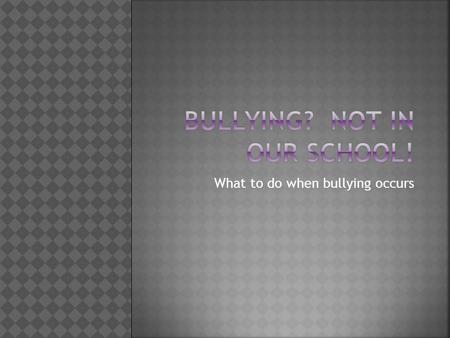 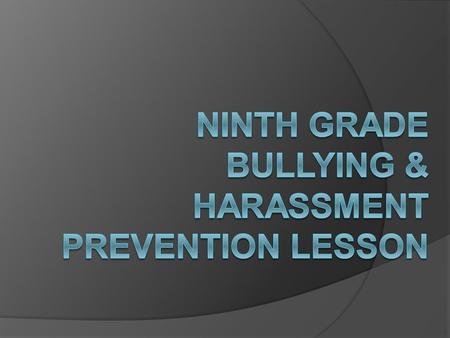 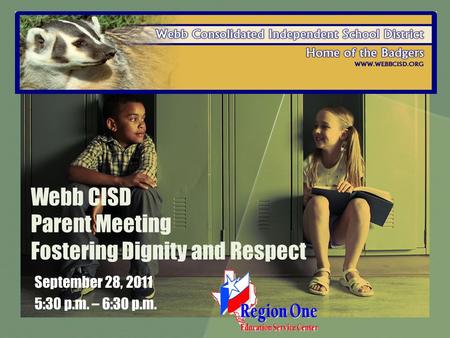 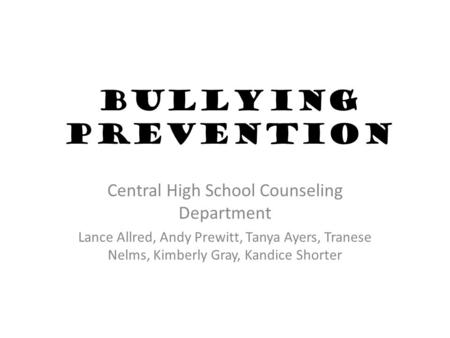 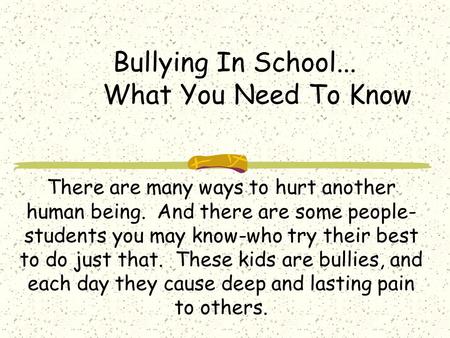 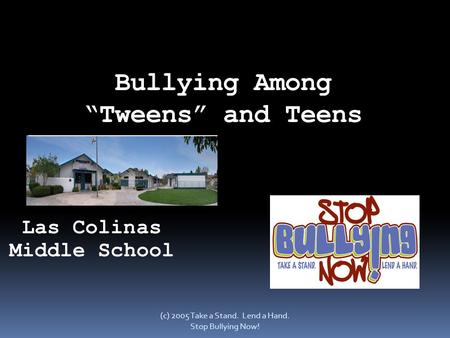 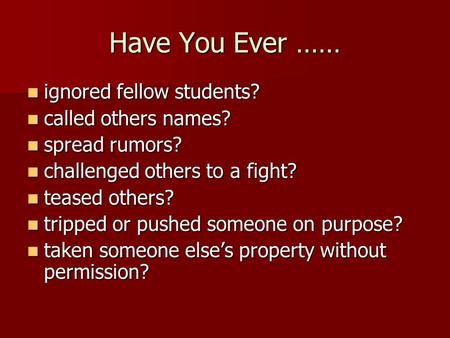 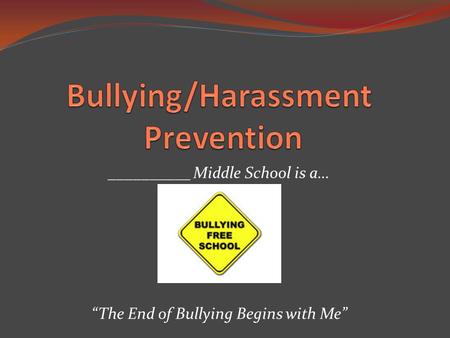 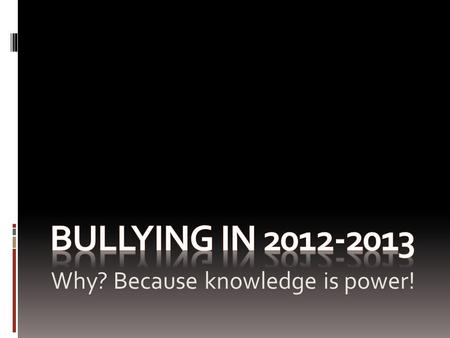 Why? Because knowledge is power!. We believe: 1.Parents use real situations to resolve problems without violence. 2.Parents provide clear strategies. 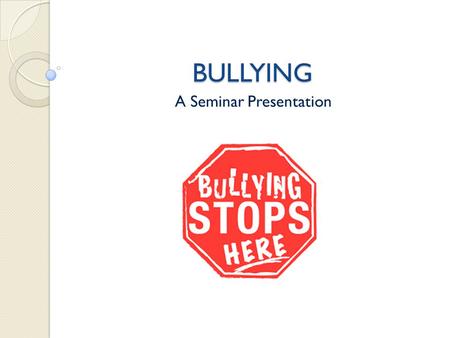 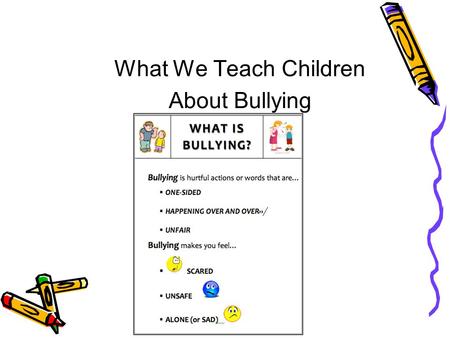 What We Teach Children About Bullying. Examples of Bullying Name Calling Teasing Spreading Rumors Daring Someone Making Fun of Someone Leaving Someone. 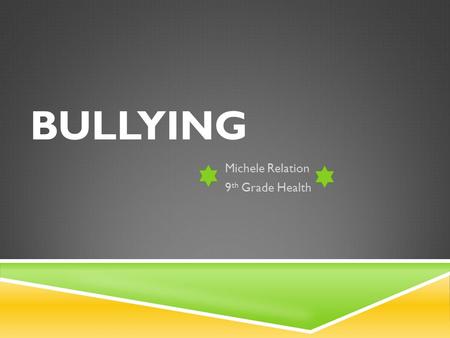 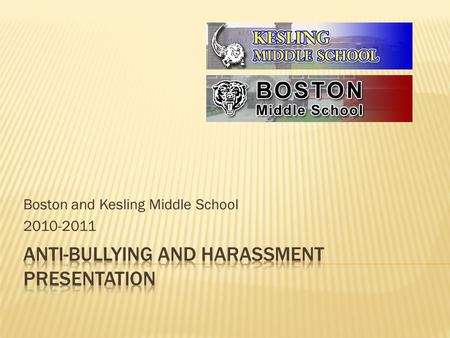 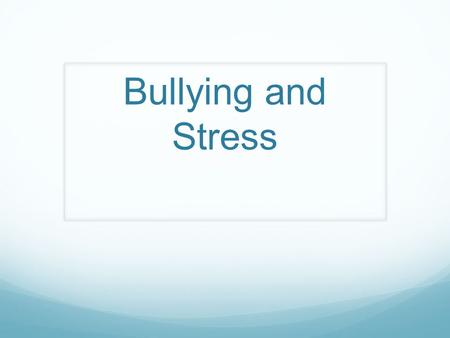 Bullying and Stress. What is bullying? Using strength or power to harm or intimidate those who are weaker, typically to get the person to do what you.