5 Continental vs. Maritime Climates Continental Climate: climate that develops away from the influence of the ocean accompanied by a large temperature range & low precipitation Maritime Climate: climate that is strongly influenced by the closeness to an ocean or other large water body accompanied by small temperature range & high precipitation

10 Moderating Effect of Water In winter, bodies of water retain their heat & are warmer than the surrounding land Winds blowing off the water warm the surrounding countryside Therefore, maritime locations near a large body of water, have cool summers & milder winters than continental locations far from the water body

12 You will need to understand climate graphs to analyze climate statistics. The left scale indicates the temperature and it is graphed as a line, blue is common. The right scale is for precipitation and is graphed as a bar graph, red is common.

15 Climate Graphs Bar Graph – On a climate graph, bars are used to show the total amount of precipitation over the course of any given month Precipitation is indicated by mm (millimetres)

17 Climate Graphs Line Graph – on a climate graph, a line is used to indicate the average monthly temperature Temperature is indicated by degrees Celsius 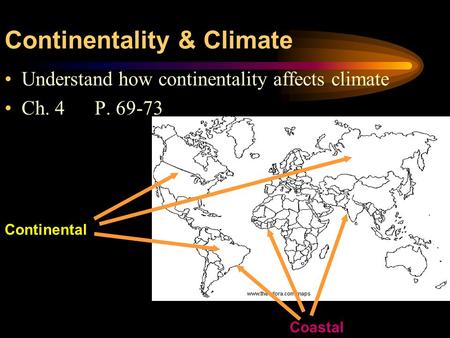 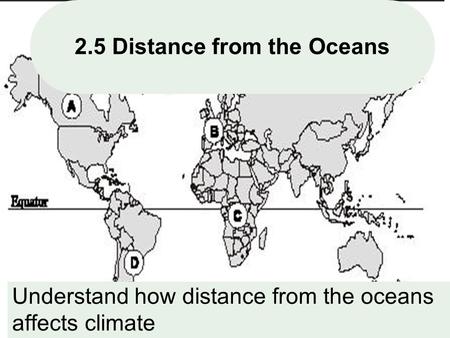 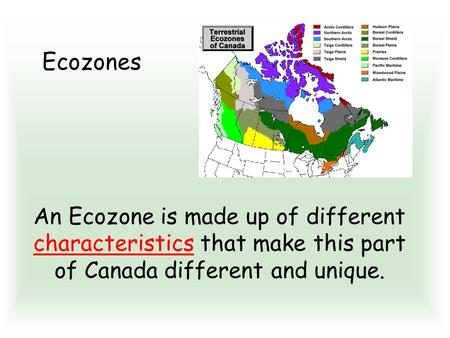 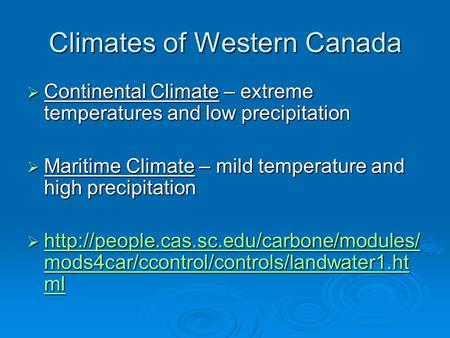 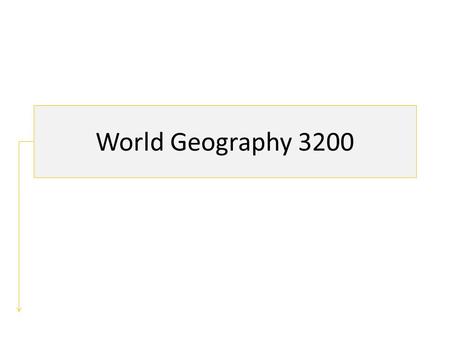 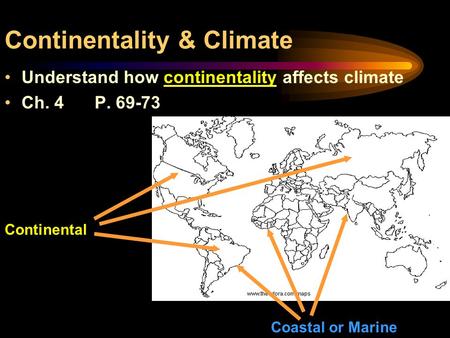 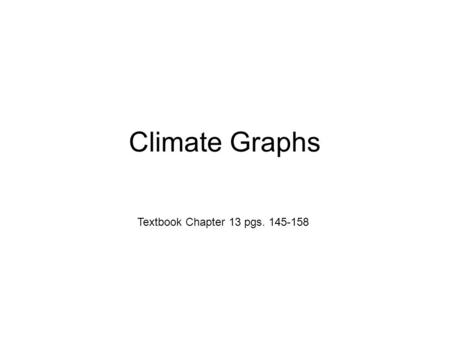 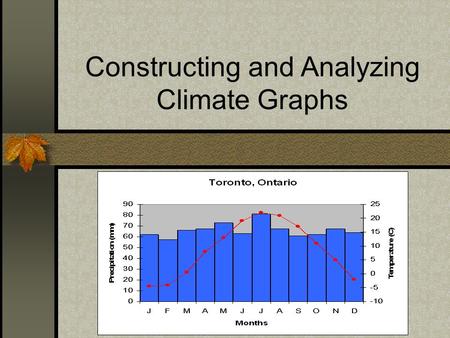