6 #1 Ocean Currents The world’s oceans are constantly in motion. Tides move the water up and down while currents move the water from place to place. Gulf Stream: Ocean current from the south. It brings warm temperatures to the south-eastern waters of the Atlantic provinces. Labrador Current: Flowing from the north. It brings cold water to much of the Atlantic coast. When warm, humid air blows from the south over colder waters, fog is formed.

9 #2 Air Masses Large volumes of air with similar temperatures and moisture conditions. They affect the climate because they take on the temperature and humidity characteristics of an area. It moves as a result of changing pressure conditions. It’s leading edge is called a Front. Continental Arctic: This cold mass comes from Northern Canada and feels cold and dry. Maritime Tropical: air that comes from the Caribbean and feels warm and moist. Maritime Polar: air that comes from the Atlantic and feels cool and moist.

10 Air Masses When air masses meet at a front, the collision often results in changeable weather, or rainfall. Look at the illustrations of cold and warm fronts. Describe how cold and warm fronts form. Can either kind of front bring rainy or foggy weather?

12 Cold Fronts Cold fronts generally move from northwest to southeast.
The air behind a cold front is noticeably colder and drier than the air ahead of it. As a symbol, a cold front is represented by a solid line with triangles along the front pointing towards the warmer air and in the direction of movement.

15 #3 Latitude One of the most important influences on climate is latitude. How far north or south of the equator a region is influences how warm or cold it will be. The amount of heat energy (radiation) that the earth receives depends on the angle of the sun’s rays. Because the earth’s surface is round, sunshine is more intense at the lower latitudes. Because the earth is tilted on its axis, sunshine also varies with the seasons. During the summer, the sun’s rays are closer, and therefore are also more intense!

18 #4 Proximity to Water Sunshine heats the land and water at different rates. Areas close to large bodies of water stay cooler in the summer, and warmer in the winter than inland areas. This greatly influences the climate of communities that are close to the ocean.

19 Closeness to Large Bodies of Water

21 Continental and Maritime Climate
Continental Climate: Usually found in the interior of large land masses. They are usually a long distance from large bodies of water. These areas experience hot summers and cold winters. The result is a large temp. range. Examples: Manitoba, Saskatchewan, Alberta, parts of Ontario, parts of Quebec.

22 Continental and Maritime Climate
Usually found along the coastal areas near the ocean. They experience a cool summer and a relatively warm/mild winter. Examples: P.E.I., Nova Scotia, Newfoundland, New Brunswick, parts of Quebec.

24 # 5 Elevation (The Orographic Effect)
As height increases, temperatures decrease. This is because the air is much thinner at higher altitudes. For every 1000FT, the air temperature drops by 1 degree! One of the THREE types of condensation is orographic rainfall. This occurs when warm, humid air cools as it rises over a high elevation (ex: A mountain) As air strikes, it is lifted and cooled. Windward slopes of mountains tend to be rainy, while the leeward side is dry. (Ex: West coast of BC)

31 During summer, temperature is strongly controlled by elevation -- cold at the higher reaches of the Alaska and Brooks Ranges, and warmer in the lowlands.

33 The Three Forms of Condensation
#1 Orographic Rainfall (already in your notes) #2 Convectional Rainfall When warm, humid air rises after being warmed from a surface below. As the air rises quickly it expands, cools, and water vapour condenses (for ex: over the ocean, equatorial regions like the rainforest. #3 Frontal Condensation When warm, moist air rises over cold air When warm air collides with cool air along a front, the warm air is forced to rise up and over the cool air As the warm air gently rises over the cool air, clouds form, and condensation occurs.

35 Warm and Cold Fronts When air masses meet at a front, the collision often results in changeable weather, or rainfall. 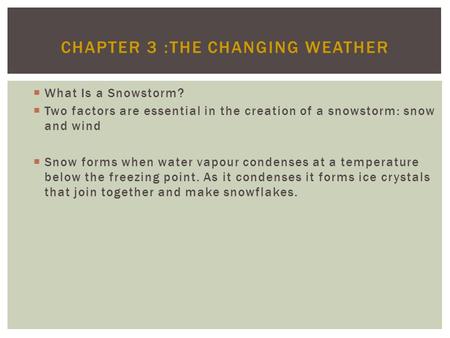 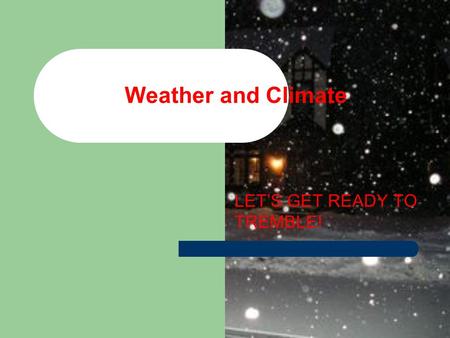 LET’S GET READY TO TREMBLE! 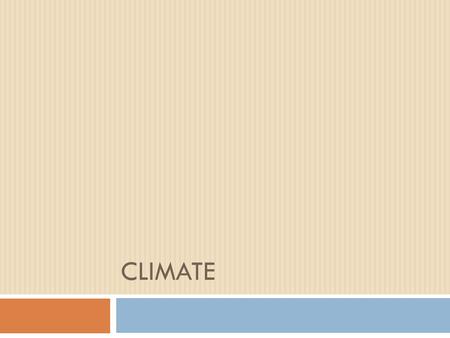 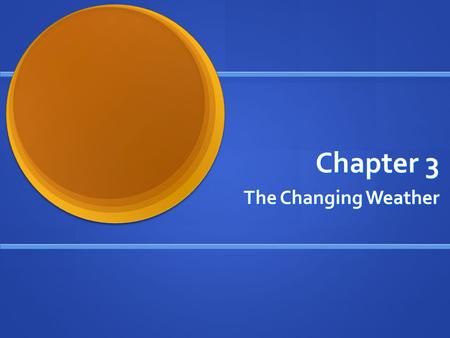