1 PowerPoint Presentation Guidelines
The following slides present guidelines and suggestions for the use of fonts, colors, and graphics when preparing the PowerPoint presentation of your work. Remember we just need slides!!

2 PowerPoint Slide Highlight key points that the facilitator is saying
Slide should be short and to the point and include only key words and phrases for visual reinforcement In order for your presentation to fit on most screens, text and images should be placed within 95% of the PowerPoint slide. This “action safe” area is seen in the next slide.

7 Caps and Italics DO NOT USE ALL CAPITAL LETTERS Italics
Makes text hard to read Conceals acronyms Denies their use for EMPHASIS Italics Used for “quotes” Used to highlight thoughts or ideas Used for book, journal, or magazine titles Caps and Italics

8 Use the Same Background on Each Slide

9 Don’t use multiple backgrounds in your presentation
Changing the style is distracting Don’t!

13 Do !! Good Graph These are examples of good graphs, with nice
line widths and good colors. Do !!

15 Limit Each Slide to One Idea
Use Bullet Points to Cover Components of Each Idea Do !!

16 Do !! Bullets Keep each bullet to 1 line, 2 at the most
Limit the number of bullets in a screen to 6, 4 if there is a large title, logo, picture, etc. This is known as “cueing” You want to “cue” the audience on what you’re going to say Cues are a brief “preview” Gives the audience a “framework” to build upon Do !! Bullets

17 If you crowd too much text, the audience won’t read it
Too much text looks busy and is hard to read Why read it, when you’re going to tell them what it says? Our reading speed does not match our listening speed; hence, they confuse instead of reinforce Don’t! Bullets (con.)

18 Points to Remember Limit each slide to 1 idea
Limit each bullet point to only a few words to avoid long sentences that go on and on! Limit animation – Too much animation can be distracting. Be consistent with animation and have all text and photos appear on the screen the same way each time. There are many animation modes to choose from, but it is best to use just one throughout. Points to Remember

19 Avoid the “All Word” Slide
Another thing to avoid is the use of a large block paragraph to introduce your information. Attendees do not like to have what is on the screen, read to them verbatim. So, use short, bulleted statements and avoid typing out your whole presentation on to the slides. Also, it is difficult for some to listen and read a large amount of text at the same time. Avoid the “All Word” Slide Don’t!

20 ! Limit Animation Do !! Don’t!
Use the same animation throughout the entire presentation Using more than one can be very distracting The audience will only see the animation and not the message you’re trying to get across Do !! Don’t! 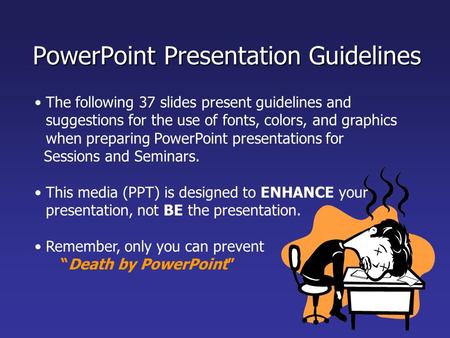 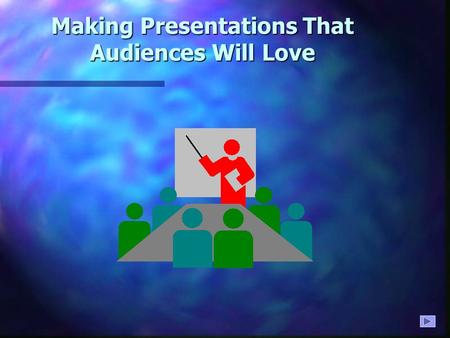 Making Presentations That Audiences Will Love Use a Template n Use a set font and color scheme. n Different styles are disconcerting to the audience. 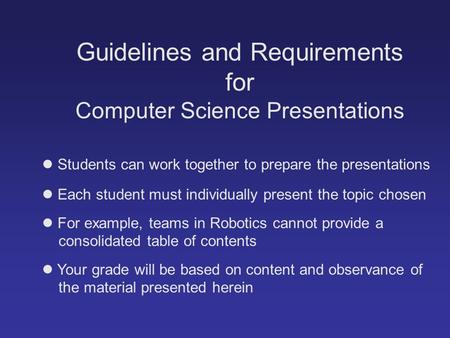 Guidelines and Requirements for Computer Science Presentations Students can work together to prepare the presentations Each student must individually. 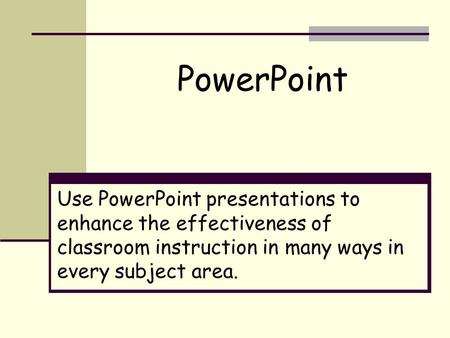 Use PowerPoint presentations to enhance the effectiveness of classroom instruction in many ways in every subject area. PowerPoint. 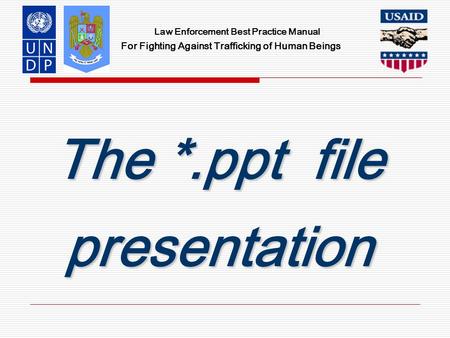 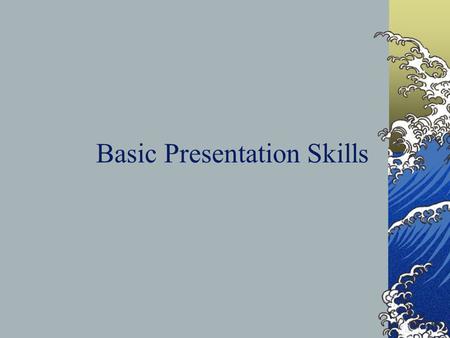 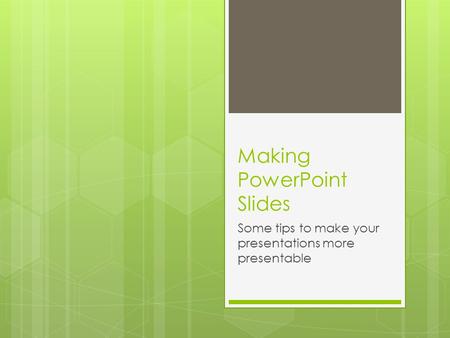 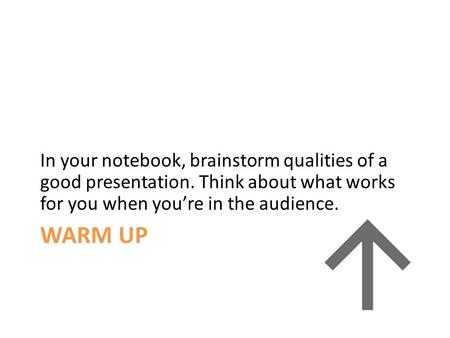 WARM UP In your notebook, brainstorm qualities of a good presentation. Think about what works for you when you’re in the audience. 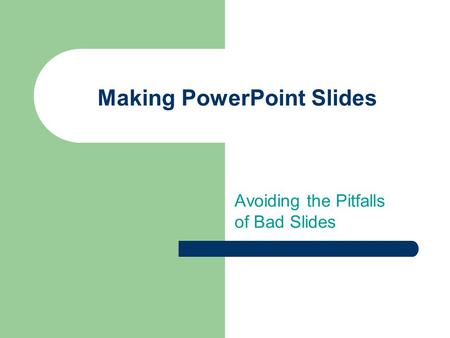 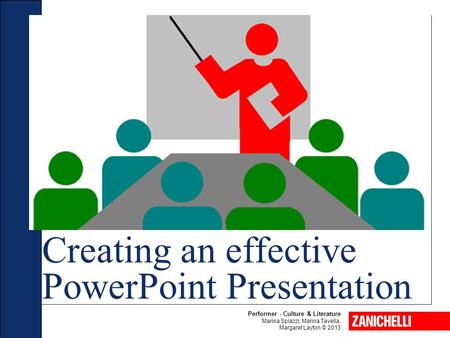 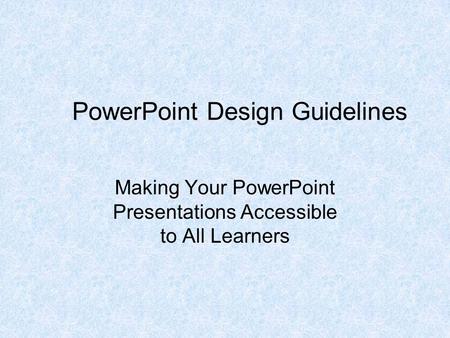 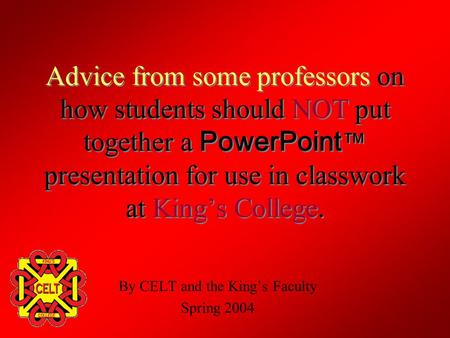 Advice from some professors on how students should NOT put together a PowerPoint ™ presentation for use in classwork at King’s College. By CELT and the. 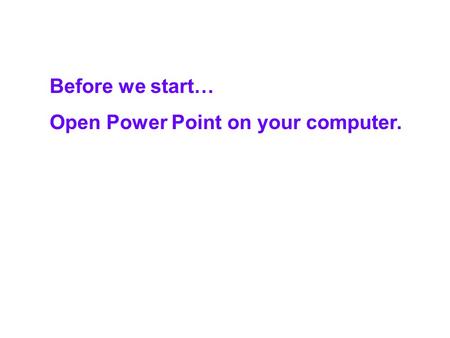 Before we start… Open Power Point on your computer. 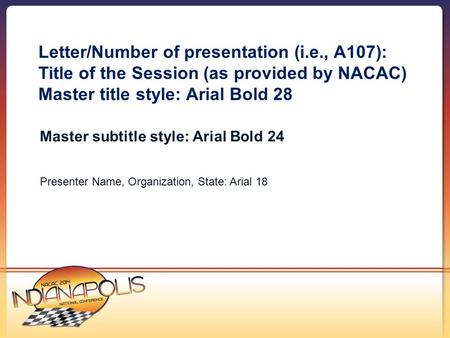 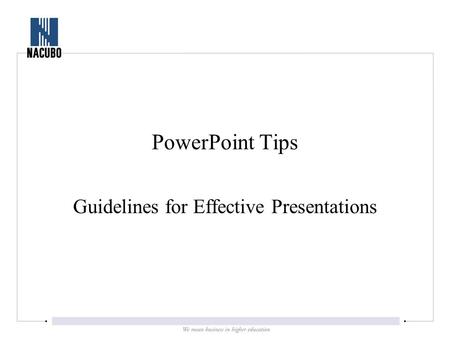 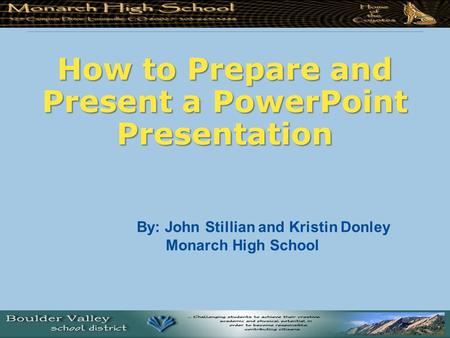 How to Prepare and Present a PowerPoint Presentation By: John Stillian and Kristin Donley Monarch High School. 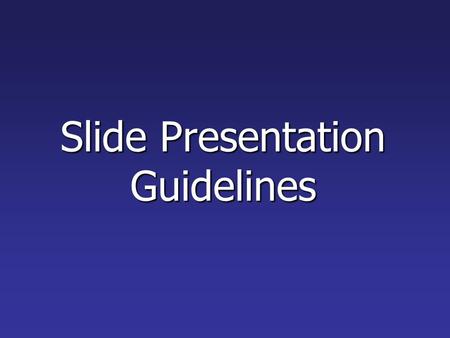 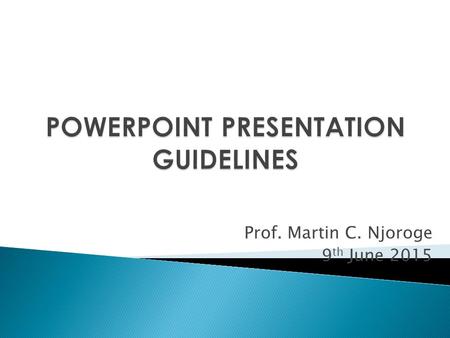 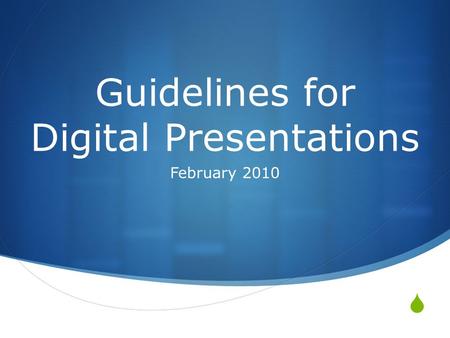 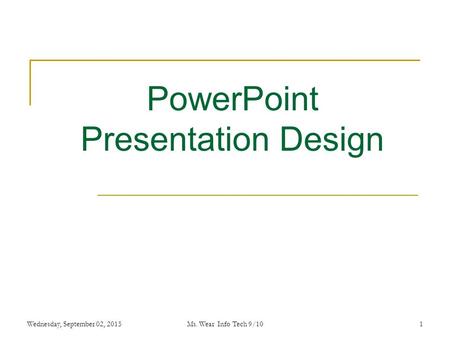