2 Personal Facts John Kennedy was born on May 29, 1917 in Brookline, Massachusetts. His parents were Rose Kennedy and Joseph Kennedy. He had 9 brothers and sisters. JFK graduated from Harvard College.

3 Personal Facts JFK’s First Lady was Jacqueline Kennedy. JFK had a daughter named Caroline and two sons named “John-John” and Patrick. Patrick died when he was born. He had three horses, a rabbit, a cat and ten dogs. JFK was assassinated in Dallas Texas, by Lee Harvey Oswald on November 22, 1963.

6 Fun Facts Kennedy was in World War II before he was president. Kennedy was the youngest President elected. He was the only president to be Roman Catholic. 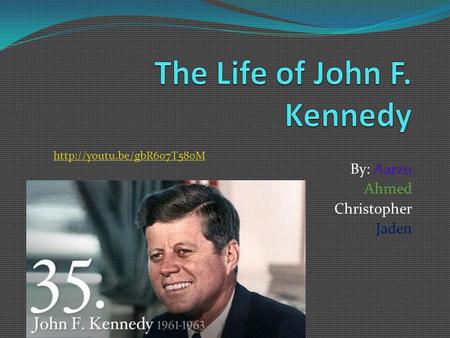 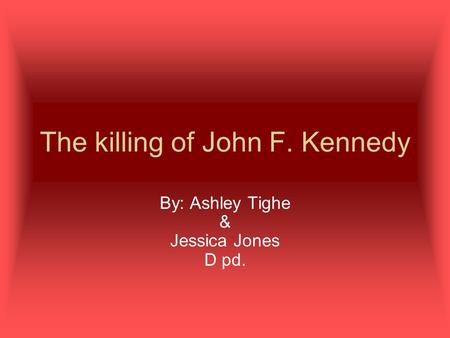 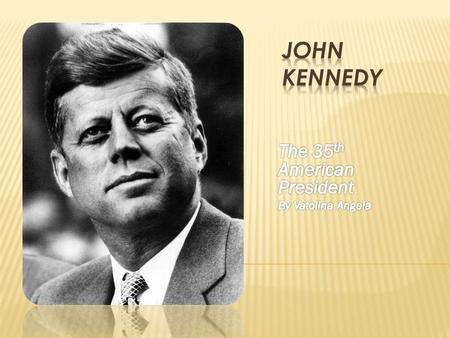 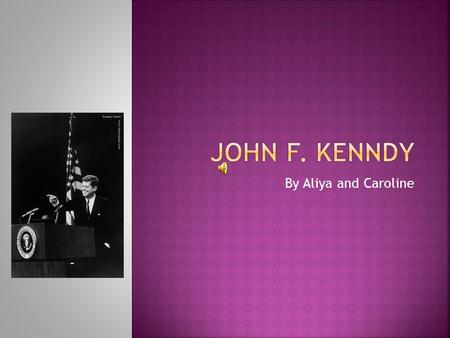 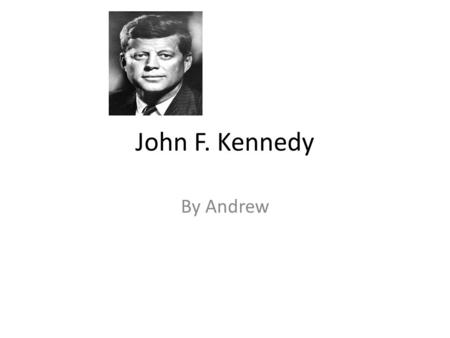 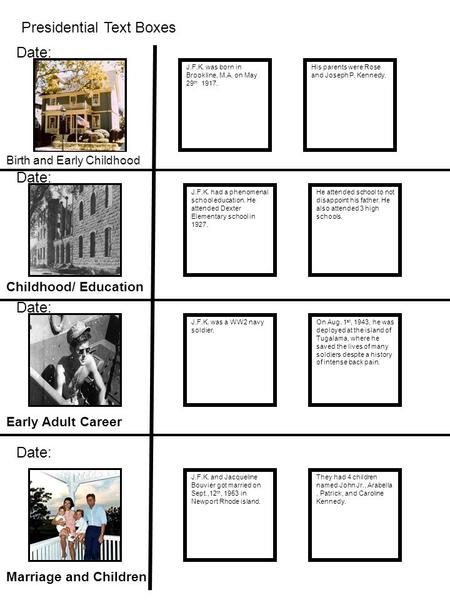 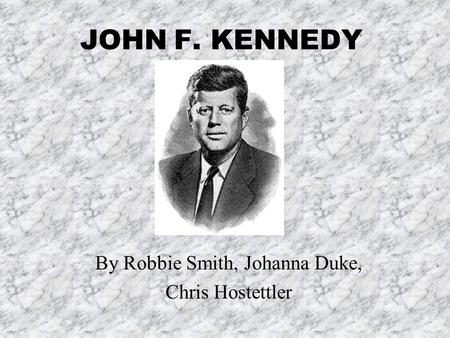 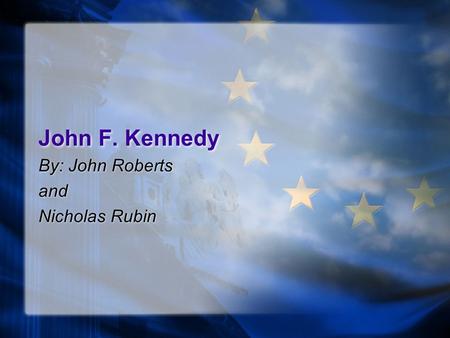 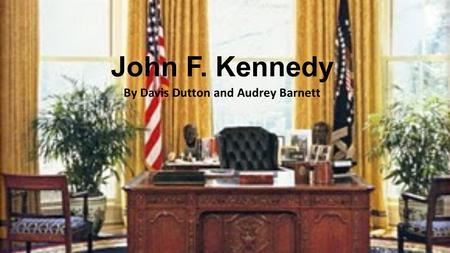 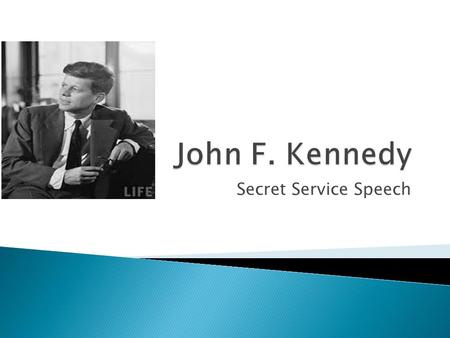 Secret Service Speech  John Fitzgerald Kennedy, often referred to by his initials JFK, was the 35th President of the United States, serving from 1961. 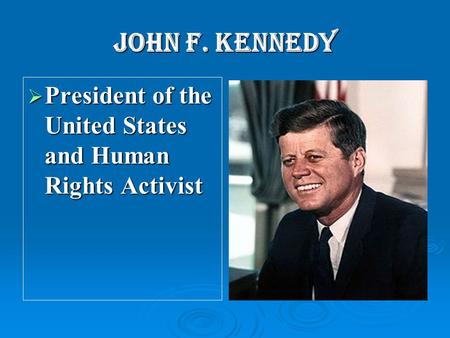 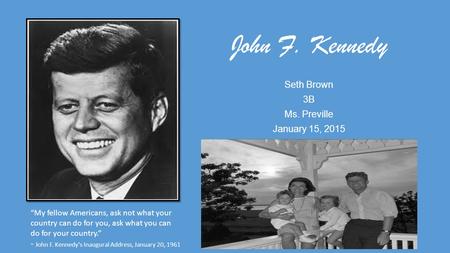 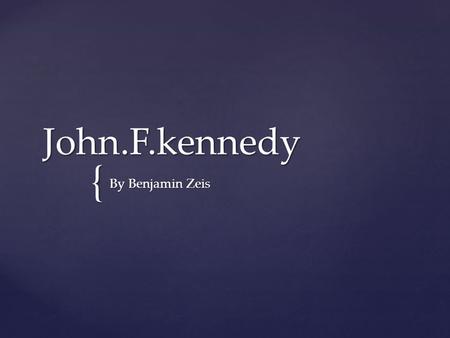 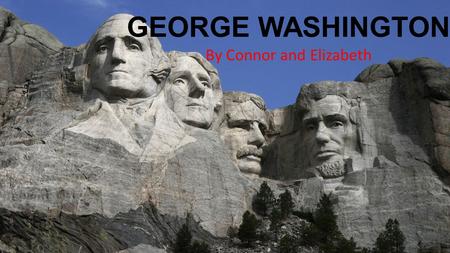 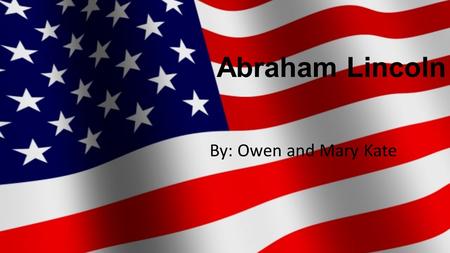 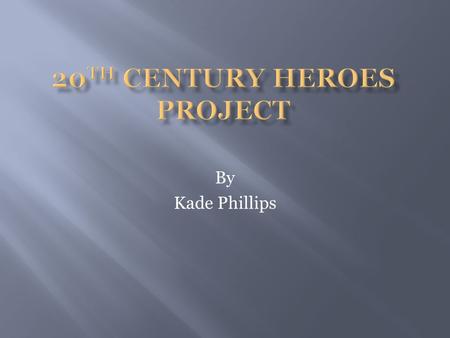 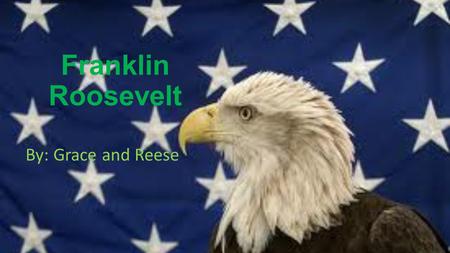 Franklin Roosevelt By: Grace and Reese. PERSONAL FACTS He was born on January, 30 th 1882 in Hyde Park, New York. His parents were Anna and James. His. 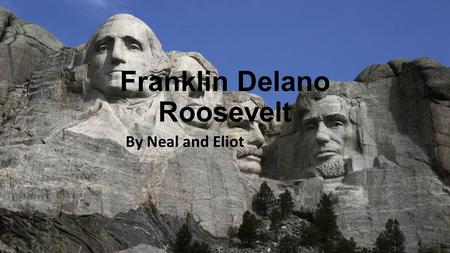