2 Gross Domestic Product
Gross Domestic Product (GDP) : Total market value of all final goods and services produced annually within a country’s borders Final Good : A good meant for the final consumer Intermediate Good : An input to the production of a final good Avoiding ‘Double Counting’ - counting the good more than once when computing GDP

3 What GDP Omits / Limitations of GDP…
Certain non-market goods and services (no transaction/trade takes place) Underground activities both legal and illegal (unreported transaction/trade) Sales of used goods (not part of current production) Financial transactions (no new production; simply exchange of current assets) Government transfer payments (not an exchange/trade) Leisure (it is a good but too difficult to quantify) 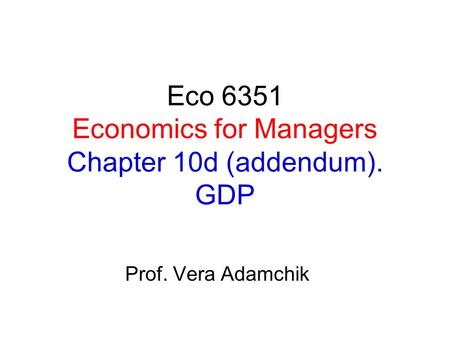 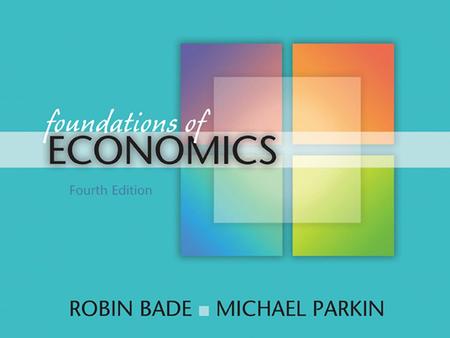 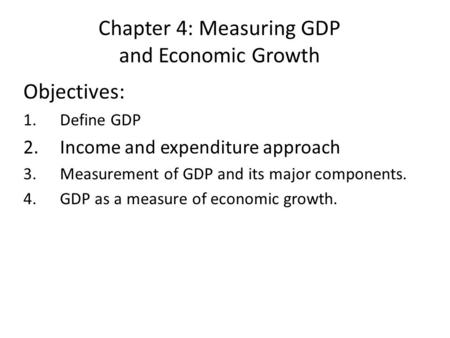 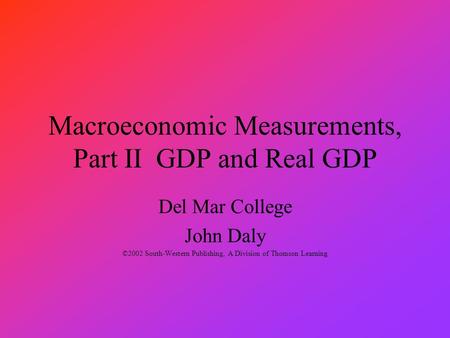 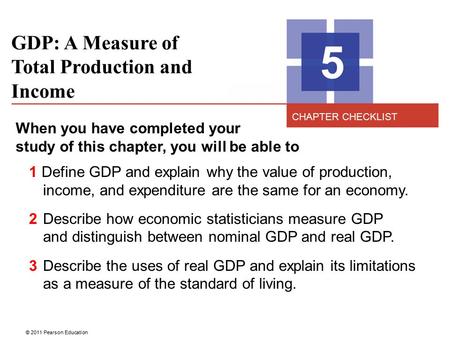