Presentation on theme: "State Judicial Branch. What is the purpose of the courts?"— Presentation transcript:

2 What is the purpose of the courts?

3  The courts protect citizens from abuses by government by ensuring that each citizen has “due process of law.”

4 What are the 3 levels of courts in Georgia?

6 How are judges selected for the court system in Georgia?

7  Judges are elected for 6 year terms  If a judge dies, resigns or is impeached the governor appoints someone for the remainder of the term

8 Which are appellate courts and what is their function?

10 What type of case must the Georgia Supreme Court hear on appeal?

11  Supreme Court must hear appeals in which the death penalty is given as the sentence.

12 Which courts come under Trial Courts?

14 What types of cases are heard in Trial Courts?

16 What is the difference between criminal and civil trials

19  US Constitution says no state can deprive any citizen of life, liberty, or property without due process of law. A person arrested for a crime has a right to have a lawyer present during questioning. A person must be given a speedy, public trial before a fair judge and jury. They may face and question witnesses or they can remain silent so as not to incriminate (blame) themselves.

Download ppt "State Judicial Branch. What is the purpose of the courts?" 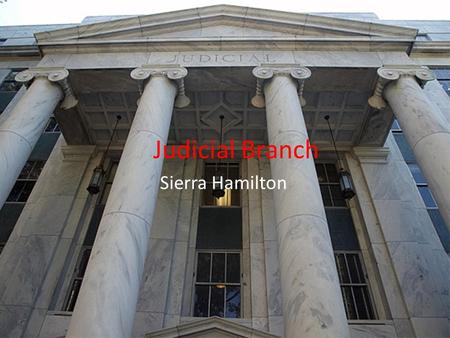 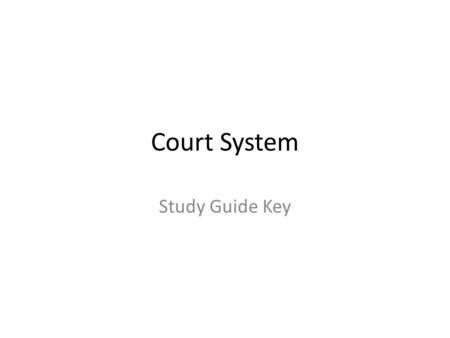 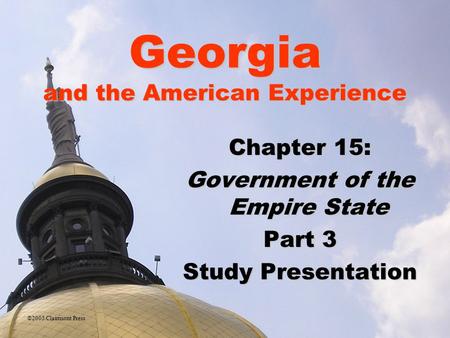 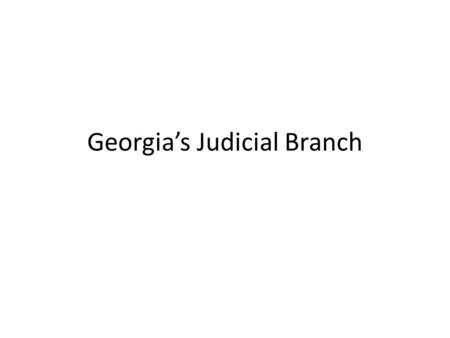 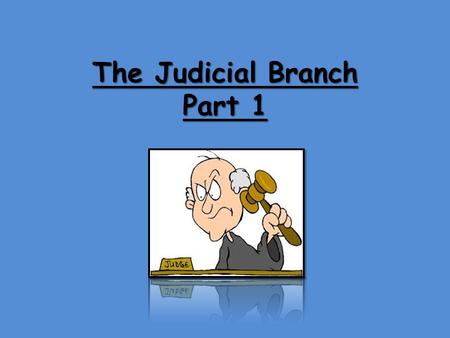 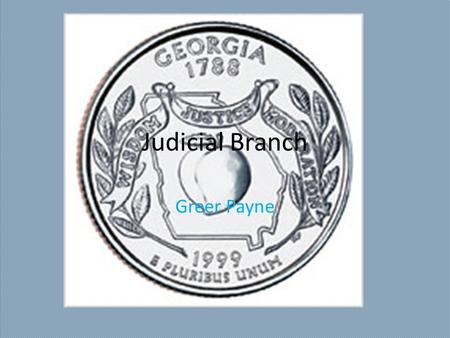