1 Topic 4 - Video Data Basic Concepts
Video is a collection of bit-mapped still images (called frames) that are taken one after the other. When the file is played these pictures are shown in quick succession to give the impression of a moving image. The number of frames is called the frame rate and this is measured in FPS (Frames per Second). The standard rate is 25 FPS. MM Topic 4 - Video Data

2 Basic Concepts The size of code used to represent the colour of each pixel in a frame will also affect the file size and picture quality. As with still images this is called the bit-depth or colour depth. Resolution is the number of pixels in the area that has been captured. This is usually measured in megapixels. A higher setting for resolution when a shot is being captured will mean better quality but of course, a higher file size. The bit-rate is the number of bits that are sent in one second when transmitting a video file. If the data cannot be sent quickly enough then the video will not be able to display in real-time. MM Topic 4 - Video Data

3 4.1 Hardware for video capture
1. Digital video camera 3. Video capture card 2. Web cam 4.1 Hardware for video capture Digital Video camera A digital video camera(camcorder) functions in the same way as a still digital camera. The user points the camcorder at the scene they wish to capture and a lens focuses the image onto an array of CCDs (Charge Coupled Devices) Each CCD corresponds to one pixel in the image being recorded. The CCD is a sensor which changes the light striking it into an electrical signal. More expensive cameras have 3 CCDs for each pixel, one each for red, green and blue. This improves quality. MM Topic 4 - Video Data

4 1. Digital video camera 3. Video capture card 2. Web cam Digital Video camera This analogue signal is then changed into digital using an analogue to digital converter (ADC). Unlike a digital camera a camcorder must capture a continuous stream of images. Therefore the ADC needs to work much faster in a camcorder than in a camera. Another consequence of capturing a constant image stream is that file sizes are very large - indeed video is the largest of any of the media types (text, images, sounds) you look at in Higher, even after it has been compressed. MM Topic 4 - Video Data

6 1. Digital video camera 3. Video capture card 2. Web cam Webcam Webcams are used for real-time chat, including instant messaging (IM), telephone calls over the internet, live broadcasts and video conferencing. Webcams are a lot less expensive than camcorders because: ● there are fewer CCDs. ● the lower resolution means that the ADC need not be as fast as that fitted on a camcorder. ● they have no backing storage facility MM Topic 4 - Video Data

8 4.2 Storage of video data 1. Uncompressed AVI
2. MPEG 1. Uncompressed AVI AVI stands for Audio Video Interleave and is a standard developed by Microsoft. It is commonly used with Windows Media Player (also developed by Microsoft). AVI is so-called because it mixes in (interleaves) sound and video so that they are stored efficiently, rather than as separate entities where video and audio could be separated and played out of sync. MM Topic 4 - Video Data

9 1. Uncompressed AVI 2. MPEG 1. Uncompressed AVI AVI is uncompressed but it does have methods of keeping file size compact:   ● frame rate is set at a maximum of 30 fps ● final file size cannot exceed 2 Gb. ● resolution cannot exceed 320 * 240, This makes AVI useful for some files but restricts it to relatively small sections. Microsoft is currently developing a successor to AVI called Windows Media Video which will allow compression. MM Topic 4 - Video Data

10 1. Uncompressed AVI 2. MPEG 2. MPEG MPEG(Moving Picture Expert Group) is perhaps the most popular standard for video.   It comes in many different versions: MPEG 1, MPEG 2, MPEG 3, MPEG 4 and MPEG 7with most DVDs using MPEG 2. MPEG is a compressed format that uses intraframe and interframe techniques. Sound is stored as a separate ‘layer’ within the file. MM Topic 4 - Video Data

13 4.3 Calculating Video fle size
To calculate the size of a video file in bytes you need to know the following: ● The resolution of a single frame ● The colour depth ● The frame rate (no of frames per second) ● The length of the video (time it runs for) MM Topic 4 - Video Data

17 4.4 Video editing Software
Once a video clip has been captured and transferred to a computer it can be viewed and, if desired, edited. To edit video clips you will need to have video editing software such as Adobe Premiere Elements, Pinnacle Studio, ULead Video Studio or Windows Movie Maker. A user would typically be working with several video clips to create a movie. Typical activities would include copying clips, cutting frames from clips, adding or removing audio tracks, adjusting audio volumes, adding titles and credits and inserting transitions and effects. MM Topic 4 - Video Data

19 1. Timeline 3. Sequencing 2. Transition 1. Timeline The timeline area of the screen displays the sequence of video clips in order of viewing. This where you view the various media elements, video, audio, still images, titles in an order and sequence which can then be edited. MM Topic 4 - Video Data

20 1. Timeline 3. Sequencing 2. Transition 2. Transition Transitions are added between clips and to create an effect when the change is made from one clip to another. Common transitions are wipe (a line wipes across the old image, taking it away as it goes and replacing it with the new picture), fade out (the old image gradually fades to black), dissolve (the old image fades out while the new one fades in without the screen going black), hard cut (the clip suddenly jumps to a completely new image) and peel or page turn (the old image peels away to reveal the next clip). MM Topic 4 - Video Data

21 1. Timeline 3. Sequencing 2. Transition 3. Sequencing Sequencing simply refers to the order in which video and audio clips are placed. Clips can be easily put into any order and then duplicated, inserted or deleted MM Topic 4 - Video Data

22 4.5 Graphics card for Video output
The final stage of the process is to display the video on screen and a video card is used for this. The DSP (Digital Signal Processor), also called a GPU (Graphics Processing Unit) carries out all of the work needed to display full quality video clips. The DAC (digital to analogue converter) changes the binary information into electrical signals that can be sent to monitors.   MM Topic 4 - Video Data 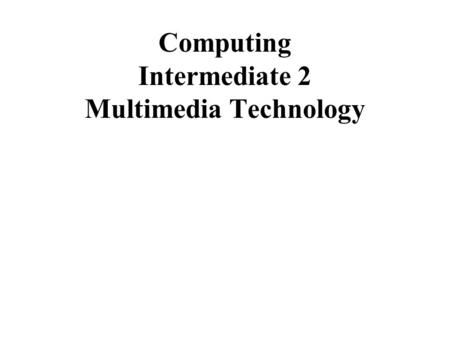 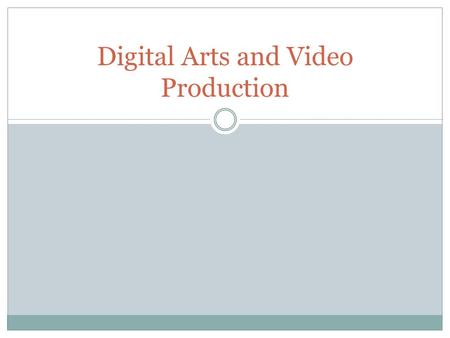 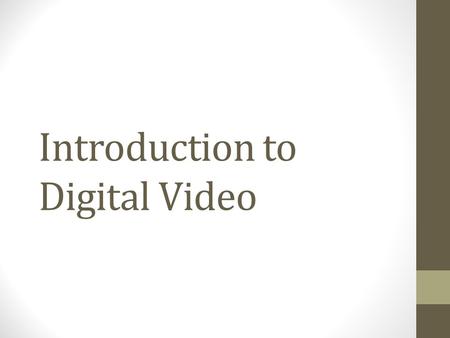 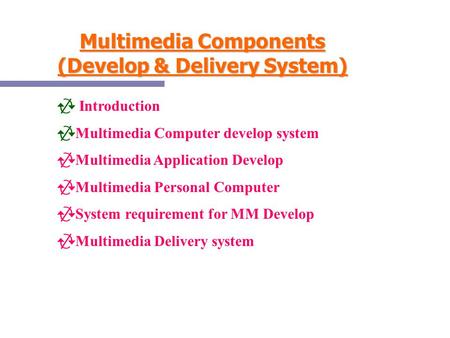 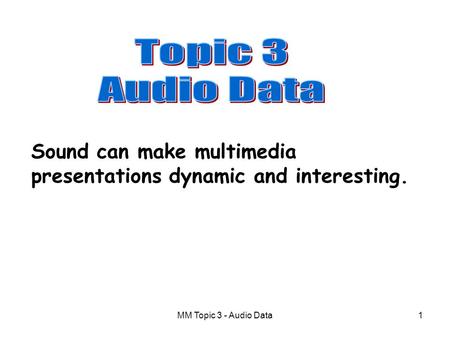 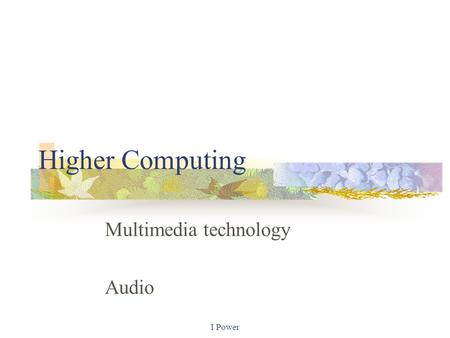 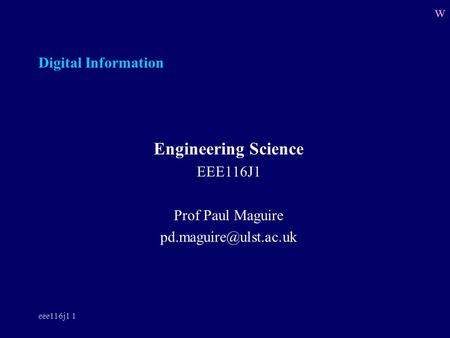 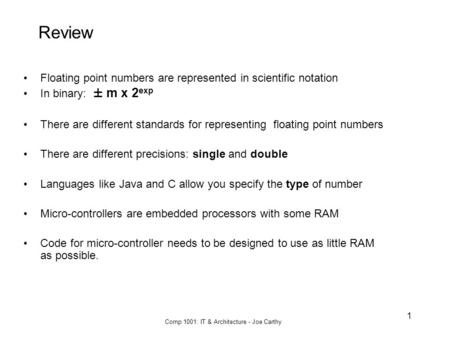 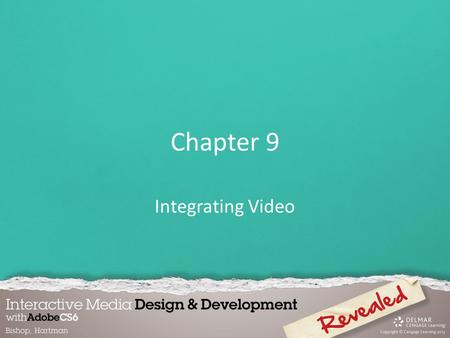 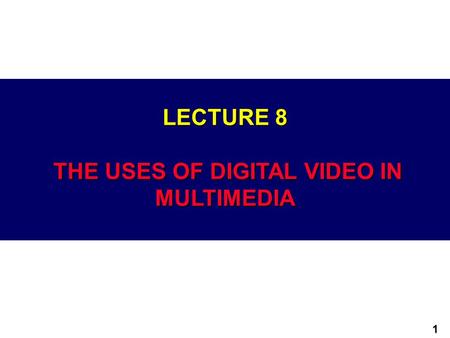 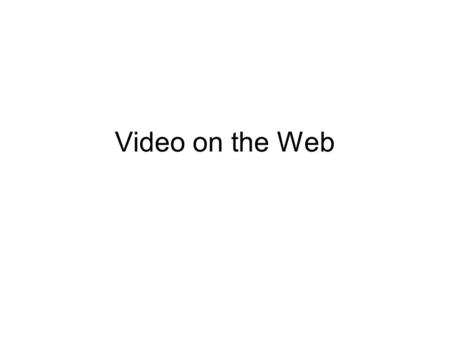 Video on the Web. Should you add video to your web page? Three main questions 1. How will it enhance the purpose of my page? –Entertain –Explain a process. 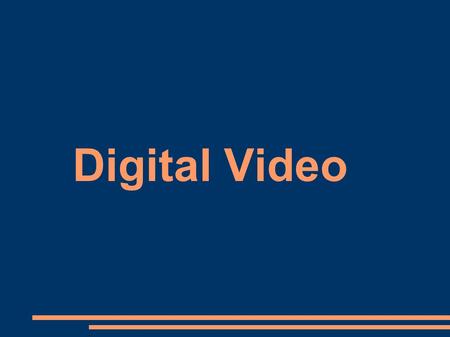 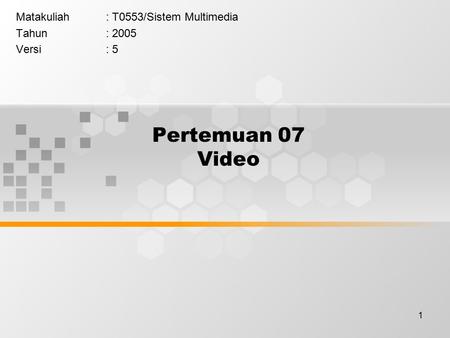 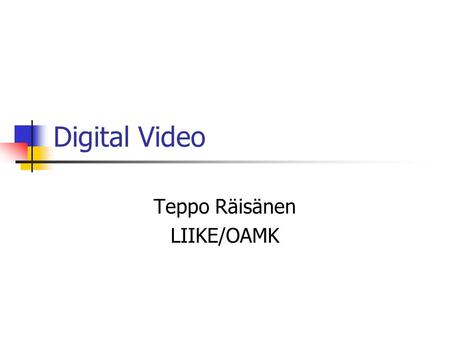 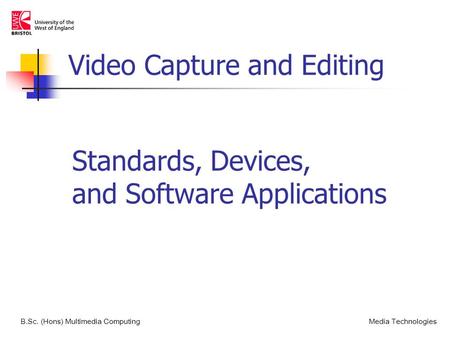 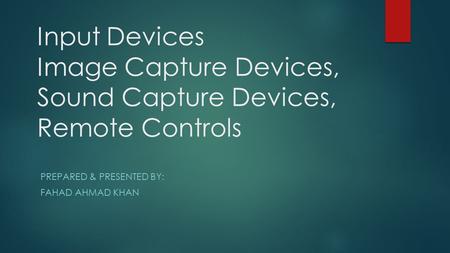 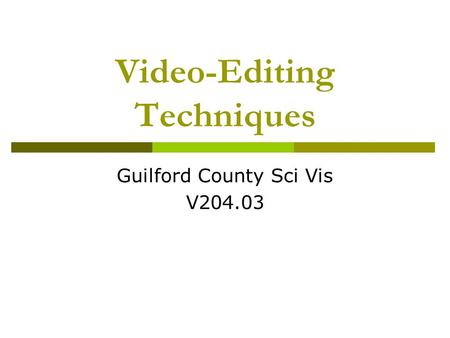 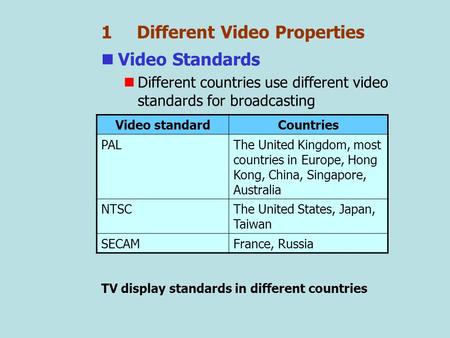 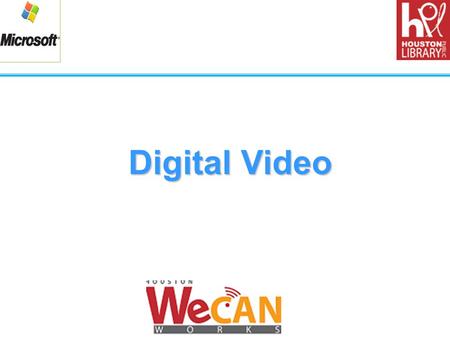 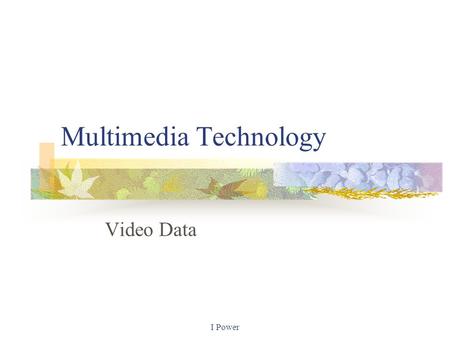 I Power Multimedia Technology Video Data. Video data Video is a sequence of individual pictures or frames, taken one after another. These are played back.