5 Science Framework has 3 Dimensions:
Dimension 2: Crosscutting Concepts Have applications across all domains of science: Patterns Cause and Effect Scale, Proportion, and Quantity Systems and System Models Energy and Matter Structure and Function Stability and Change

10 Focus On Dimension 1 (Practices):
Engaging In Argument From Evidence Obtaining, Evaluating, And Communicating Information These Scientific Practices are not only emphasized in the Science Framework, but are also emphasized in the Common Core State Standards.

12 How Can We Integrate These Ideas Into Our Classrooms?

14 Claims and Evidence: Reasoning Claims Evidence
A claim is an assertion or conclusion that attempts to answer the original question. The claim needs to be supported by evidence. **A statement without evidence is only an opinion! The claim can then be defended via oral presentations or written arguments.

15 Concluding Remarks: Not only is it important for teachers to provide students opportunities to conduct scientific investigations, but teachers must also provide students opportunities to defend/argue their conclusions/claims by utilizing evidence from the experiment. Educators should modify their existing inquiry labs into a format that allows students to develop precise claims supported by evidence and defend their claims in oral or written arguments to their peers. 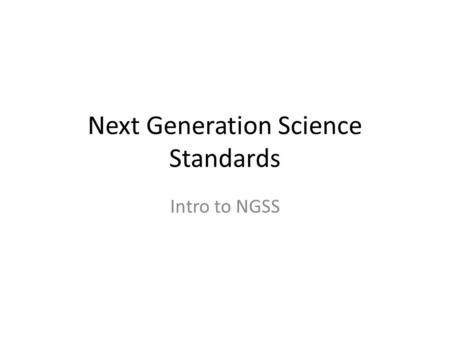 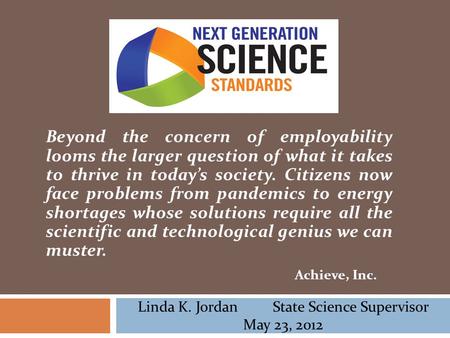 Beyond the concern of employability looms the larger question of what it takes to thrive in today’s society. Citizens now face problems from pandemics. 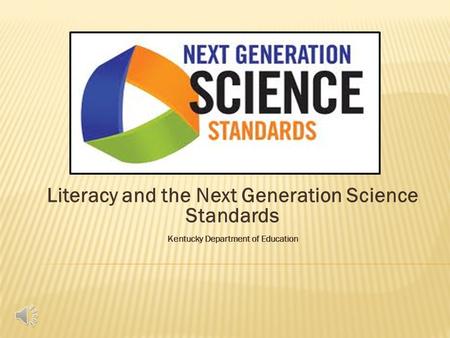 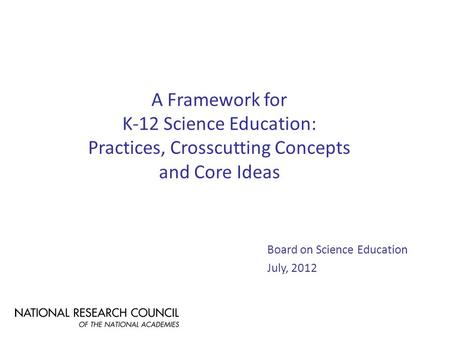 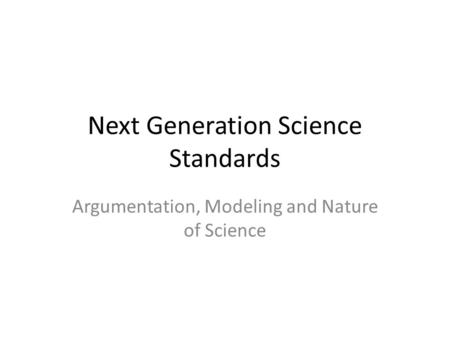 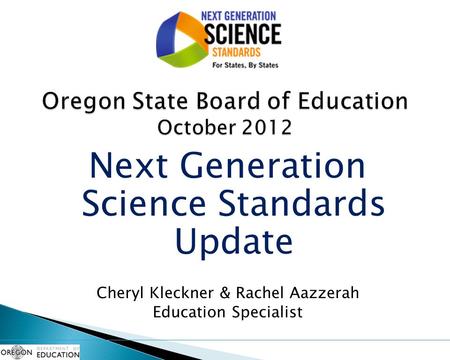 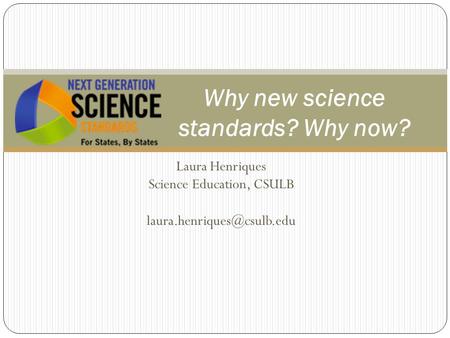 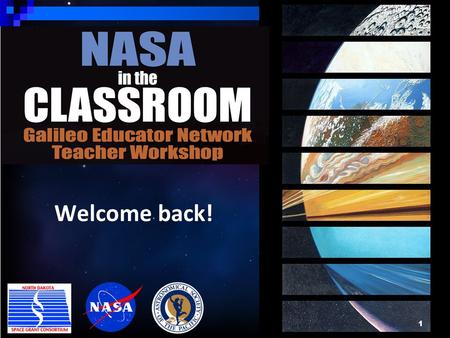 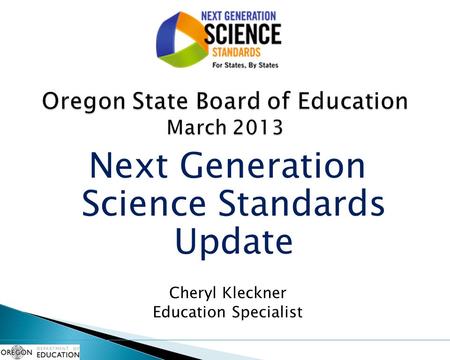 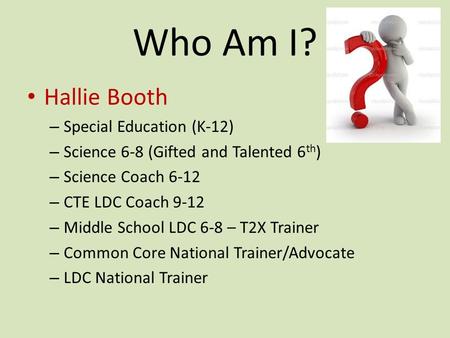 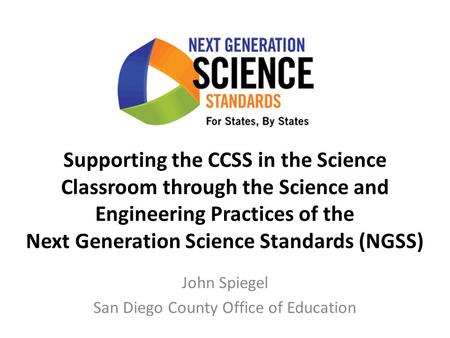 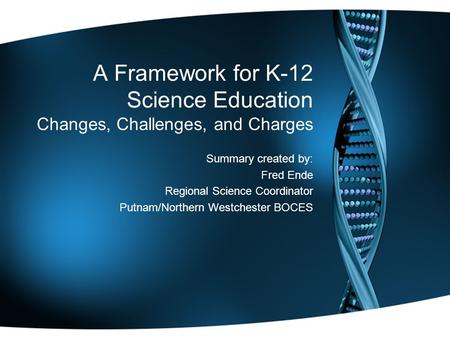 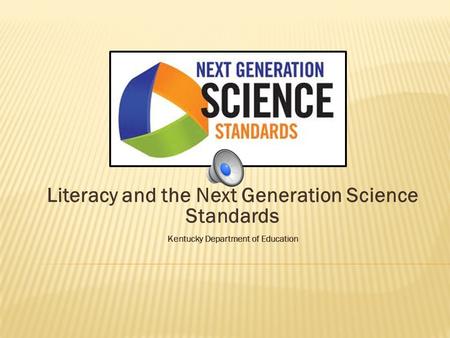 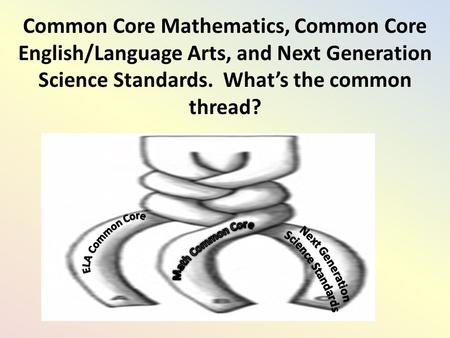 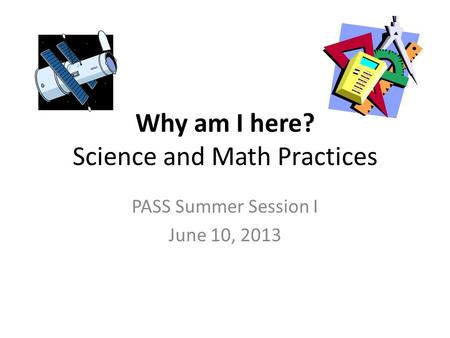 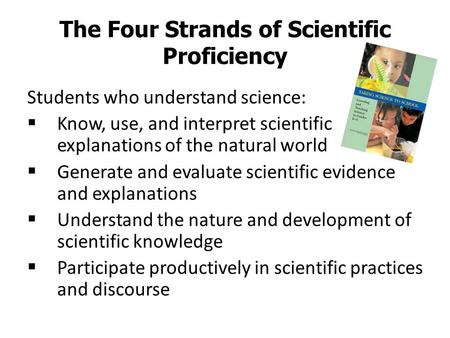 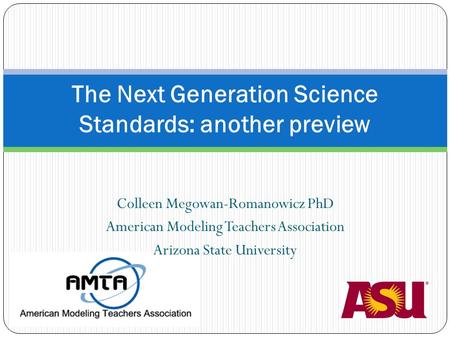 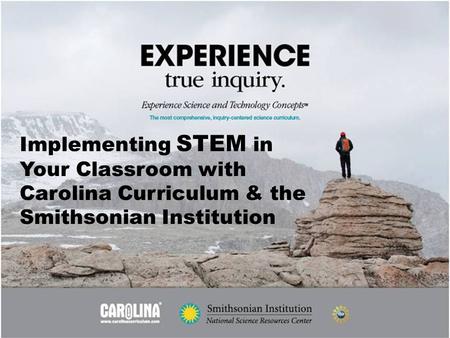 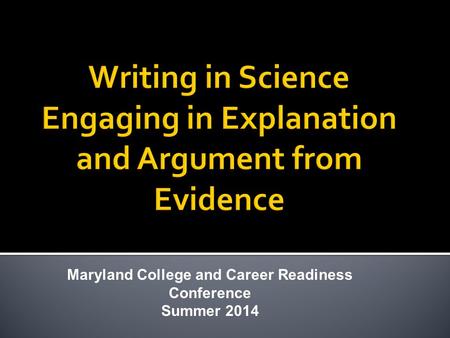 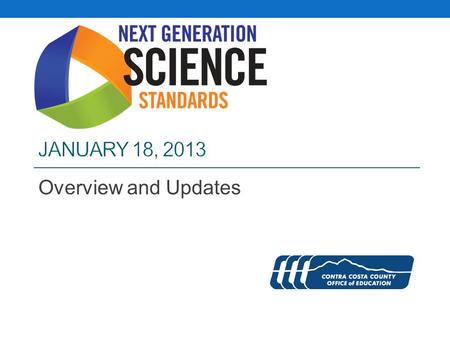 Overview and Updates. Outcomes  Discuss the development process of the NGSS  Provide information regarding the NGSS and relationship to CCSS.